Many ICMP students and graduates are making a massive impact in the wider music industry outside of the classroom.

So from guitar and drums to music business and music production, we've profiled some of the our current students, graduates, artists, musicians and music industry representatives who are either still studying or have passed through our doors and gone on to be a hit in the business... 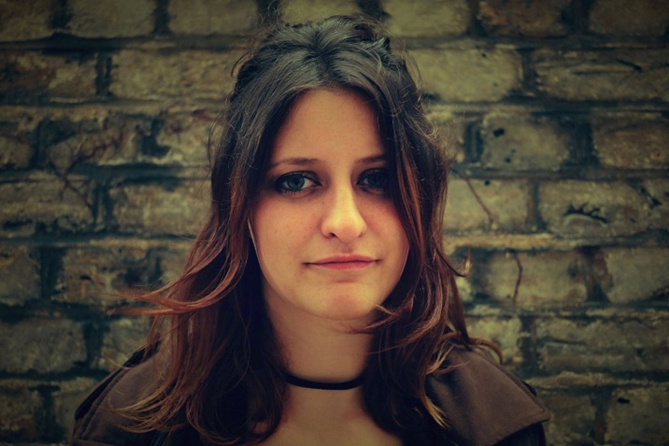 Nina Rubesa is in the final year of her music business degree at ICMP. She has had great success in a range of jobs and internships at various companies including Talent Republic, Spilt Milk, Jaba Music, Solar Management, Wrapped Up Music and CAA.

She has also worked as assistant venue manager and artist liaison at festivals such as Leefest, Barn on The Farm and Communion Music’s Bushstock. Nina currently assists management teams for artists such as Seramic and Kiah Victoria, as well as managing two artists on her own and acting as A&R scout to various professional contacts she has made over her career.

Krzysztof Kessler is a multi-instrumentalist, composer and producer who is currently studying on our Creative Music Production degree programme. Working under the artist name of Edge of The Possibility, he’s been concocting his own brand of covers and remixes for over five years.

His Linkin Park cover, in the wake of the tragic death of the band's frontman Chester Bennington, has been selected by the group in their list of memorials for Chester. Listen below, visit his website for more information and look out for more music from this great new talent...

Clean Bandit’s Luke Patterson studied drums with us and has gone on to see his music make serious inroads into the upper echelons of the charts with the band, who blur the musical lines between the club and the concert hall.

Their hit ‘Rather Be’ was the group’s breakthrough moment, enjoying three weeks at the top spot and winning a Grammy for Best Dance Recording in 2014.

Clean Bandit's ‘Rockabye’, featuring Sean Paul & Anne-Marie, reached the top spot as did ‘Symphony’, featuring the vocal talents of Zara Larsson. Listen to their third number one below.

Songwriting graduate Jessica Sharman has achieved substantial success as a professional songwriter, producer and musician.  She co-wrote over a third of the Ward Thomas' second album ‘Cartwheels’, which went straight to the top of the UK charts, making history by being the first country album to get to number one.

Her songs have also been used in film and TV while also receiving multiple plays over radio.

While studying at ICMP, Árni Hjörvar Arnason took full advantage of the opportunities afforded by being a bassist in London, playing Judy and Bailey Tzuke on tour, Sony/RCA signed band The New Devices and JJ Pistolet before going on to form indie rockers The Vaccines.

The band have since enjoyed huge success and will be readying themselves for even more with the release of new album 'Combat Sports' in March 2018. They’ll also be touring across the UK in April next year.

Bear's Den is a British alternative folk band formed in West London in 2012 by ICMP vocals graduate Andrew Davie, and Communion Records founder, Kev Jones. They released their debut album, ‘Islands’,  in October 2014 on the aforementioned Communion Records, the co-founders of the label being Ben Lovett of Mumford & Sons and producer Ian Grimble.

Since then, the band has toured the USA several times, in support of Mumford & Sons, Daughter and as outright headliners as well as with Kings of Leon. They've just completed their latest round of live jaunts in support of most recent album, 'Red Earth & Pouring Rain'.

Comprised of four ICMP graduates, Cypher 16 continued their success with a tour of the US and Canada in February and March 2017 supporting leading metal band Aramanthe. Having already toured extensively around the UK, Europe, India, China and America and supporting such bands as Mudvayne and Lacuna Coil, as well as performing at top festivals like Bloodstock, Cypher 16 look set to keep momentum going into next year and beyond.