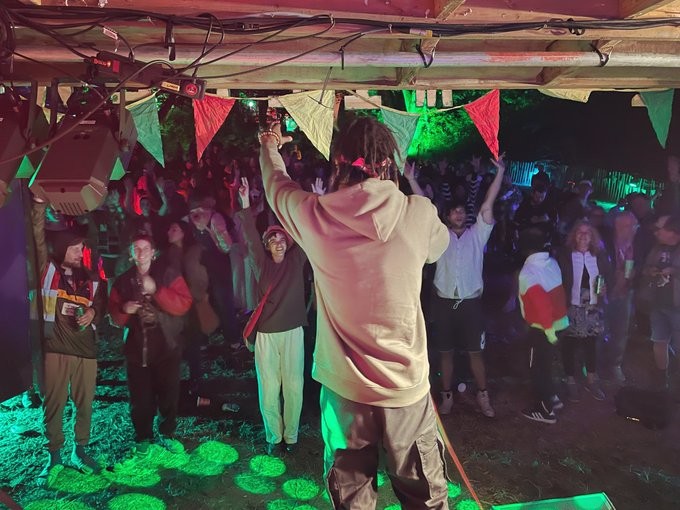 Mash P, a student on our six-month Music Production and Sound Engineering course as part of a newly launched Audient sponsorship, performed at the Glastonbury Festival to celebrate the release of his latest music.

Mash P, known as Nathaniel Sesay, spent 12 years living on the streets of Freetown. After the brutal civil war he was rejected by family and he left home to live on the streets where he struggled to survive. He started writing music and became known as Mash P.

Mash found the charity WAYout Arts (supported by joestrummerfoundation.org) eight years ago and started recording and demonstrating his talent and performance energy.

His musical journey continued when Frank Turner, impressed by his talent, introduced him to Waterbear College, after which he came to the UK on a Global Talent Visa.

Since then, Mash P's musical journey has spiralled with more than 60 tracks written and a new album, 'Your Time Is Over', due for release later this year.

Mash's mixture of afrobeat and dancehall  single 'Rangoza' is available to stream now and new track ‘Feeling the Beat’, producer Jack Kingslake, has just been released.

Listen to his latest track below:

Mash is blogging about his experiences on the ICMP course during his time with us so stay tuned for more updates.