Martin Luke Brown and how to be a new soul success 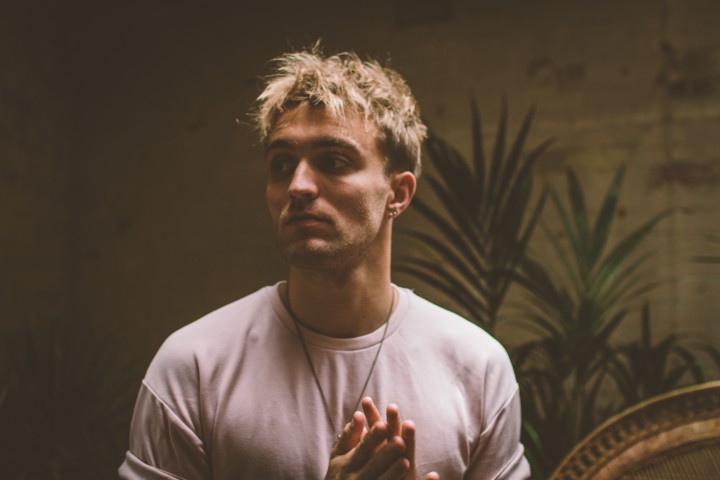 Describing himself as a ‘gritty souly hippie boy’, Leicester based artist Martin Luke Brown is a fast-rising talent, who has become a hit both online and on the stage.

Kicking off his musical endeavours in 2014, his rise has been steady but this soulful songwriter has laid bare his emotions over the course of a number of releases including 'Shadow & Light', '65 Roses' and more recently 'Into Yellow' .

Drawing on inspirations ranging from Stevie Wonder to Sam Smith, he's become adept at stripping his music back and letting the simple beauty of his songs shine through. It's proved to be a successful formula, clocking up millions of streams on the likes of Spotify and some sold out gigs including his upcoming show at London's Servant Jazz Quarters on 20th September.

We're lucky enough to be welcoming Martin to our Freshers Day on 22nd September to give a live performance as well as take part in a Q&A. Ahead of his appearance, we spoke to Martin about his career, music and ongoing success...

I’ve always been obsessed with creating stuff. I never listened to much music myself when I was young - it was always my parents or sister playing old soul records. I’d draw, paint or write weird childish poems that made no logical sense. I just wanted to express myself. I think it’s always stemmed from that. Playing piano and guitar was just a means of being able to write songs really.

Who or what were your initial inspirations?

My dad is a great musician. He’s never done it in a professional capacity but he easily could have. I think he didn’t for fear of falling out of love with music. But he inspired me to be able to play by ear. I never had any idols as such, there were artists I loved but I never really wanted to be like them. I just wanted to be a really good version of myself. My family have always been so great at encouraging that.

How do you write your songs? Have you got a way into your music? Or can inspiration strike in any way?

Every song is different. I think it’s important to keep things fresh and stay on your toes. I’ve collaborated a lot over the years and worked in lots of different ways. Generally, it starts at a piano with a few chords and a concept and everything else stems from there. But it varies. When inspiration comes easily that’s great but I’ve found a lot of time you just have to work hard and the inspiration comes half way through actually doing it.

How have you developed as a songwriter?

I think I have a better good songs:bad songs ratio now. I’m comfortable and confident in my songwriting ability most of the time and that’s a big evolution.

You've made a huge impression online - could you explain a little about this? How have you and your team approached getting yourself heard in the vast musical marketplace that is the internet?

I don’t have any secrets really. I try not to think too much about what I post - it’s easy to agonise over everything, to overthink how people might interpret it etc, but I try and be authentically me as best I can."

‘The Team’ have been great at extending that to their circles too - they know me really well and I trust them wholeheartedly to represent me wherever they go. I’ve got some amazing creative friends that have helped with photography/other creative content too. It’s great. I’m in a really good place with my social circle. It’s full of genuinely lovely people all passionate about creating and helping others.

Have you any tips for our ICMP students as new and emerging artists - what can they do to try and begin, then sustain a musical career?

Truth is, no-one really knows what they’re doing. Even the big boys at the top. It’s a weird time for music, it’s evolving so fast and we’re all trying to catch up.ust work hard. Really hard. And try to be a kind, good, honest person. That’s honestly all the advice I can give."

Have you any advice for beating writer's block?

Write lots of bad songs. Work through it. Bad songs are better than no songs. It’s better to write and learn than to not write and subsequently not learn at all.

You have the gig and new track coming up - what else does the future have in store for you?

I’m writing lots for other artists, collaborating with new people and top lining for various projects too. I’m hoping (and I will be - have faith!) to be really successful as a writer aside from the artist project. I’ve got so much to give. It’s a crazy, unpredictable musical landscape and that’s as terrifying as it is exciting and I’m determined to crack it.

Listen to ‘Into Yellow’ below:

Martin will be appearing at our Freshers Day on 22nd September.

Visit the Freshers section of the website to learn more about the two weeks of Freshers events and live gigs and get your wristbands.

If you’re looking to take your playing and performing to the next level like Martin, then why not join us here at ICMP?