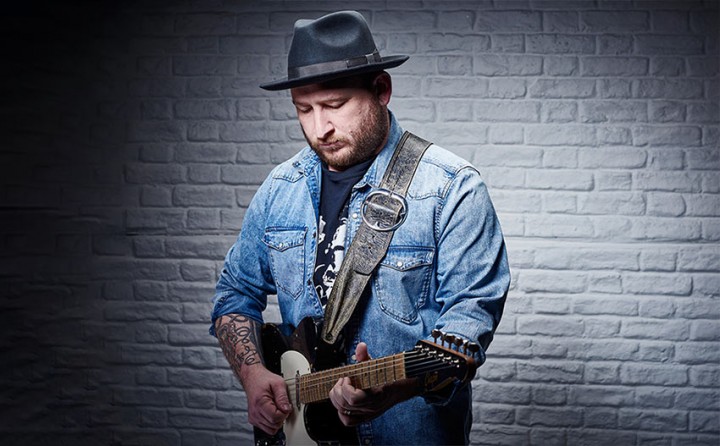 ICMP has a long history of hosting groundbreaking masterclasses, and our students were treated to one of the best yet when the legendary blues guitarist, Josh Smith, joined us at our Kilburn campus recently.

Josh, who hails from the US, has had an extraordinary career. He’s been playing the guitar almost his whole life – receiving his first one aged three and taking regular guitar lessons from the age of six. He instantly developed a love for the blues, gaining an appreciation for classic artists like B.B. King, Muddy Waters, T-Bone Walker and Albert King, and playing guitar at professional blues jam in Florida as a 12 year old.

At 13 he was asked to be the lead guitarist for The Rhino Cats – the house band at Club M – and found himself playing the blues with renowned musicians such as Jimmy Thackery, Kenny Neal and Tinsley Ellis. Josh released his first album at 14, his second at 15 and at 17 he had a custom-made guitar built for him by luthier Grover Jackson. After graduation from high school, he undertook his first national tour with his own band, Josh Smith and the Frost, and released his third album the following year. In 1998, aged just 19, Josh scored the support gig of a lifetime for a string of theatre shows with his hero, B.B. King. That same year, his track ’32 Degrees’ was used in the TV medical drama Chicago Hope.

As his career progressed, Josh continued to tour and release albums as a solo artist, while also performing with musicians including R’n’B singer Ricky Fante, hip-hop singer-songwriter and producer Benny Cassette, actress Taryn Manning, American Idol winner Taylor Hicks, and Raphael Saadiq from Tony! Toni! Toné! He even performed with Mick Jagger at the 2011 Grammy Awards!

During our ICMP masterclass students were very lucky to hear all about his colourful life and were privileged to experience his blues guitar prowess in the flesh, as Josh blew them away with his impressive talent. He also passed his top three guitar tips onto the enthralled audience, which included: making sure your guitars are in good shape; keeping on top of your amps; and generally “being a good dude” in life and work.

Our students had a great time with Josh, and it seemed the man himself had just as much fun, stating:

“The [master] class was great, man, I really enjoyed it! I really love doing these things and getting to impart some of what I’ve learned over a lifetime of doing this stuff.”

“It's always great to have musicians of Josh's calibre in the building so our students can learn from his vast experience and knowledge of the music industry. I know he inspired so many of our students today to keep up their hard work, strive for the best and follow their dreams.”

Study Guitar in London at ICMP

If you’d like to take your guitar playing to the next level and learn first-hand from some of the world’s most talented guitarists, please speak with a member of our Admissions Team to find the right course for you. They can be contacted on +44 (0) 20 7328 0222 or by email at enquiries@icmp.ac.uk