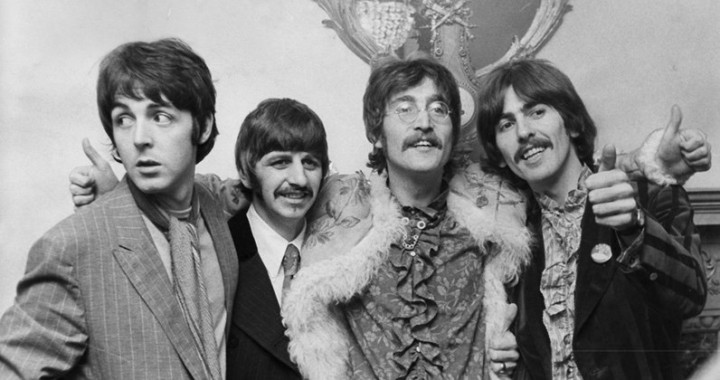 ICMP’s Dr Richard Perks has helped verify the history of a guitar previously owned by Beatle George Harrison and due to be sold at auction for more than £300,000.

The fretless electric guitar was uncovered on the BBC’s Antique Roadshow in March 2020.

As an expert on the instrument, Rich was approached by the guitar’s owner Ray Russell, organologist Paul Brett and the Bonhams Auction House to help determine whether the instrument was used during the recording of the Beatles’ legendary, 'The Beatles (White Album)'.

He provided a track-by-track analysis and synopsis, and his notes and testimony were employed by both Bonhams as ‘specialist evidence’ for the auction brochure, as well as Paul for his forthcoming book ‘Finding Fretless - The Story of the Bartell Fretless Guitar’.

Commenting, Richard said: "I can say with some degree of certainty that a fretless electric guitar was used during the recording of 'The Beatles (White Album)'.

On the track 'Happiness is a Warm Gun', the characteristic timbre of a fretless guitar is unmistakable; I am also convinced it features at various points throughout 'Helter Skelter'."

Furthermore, there is sufficient evidence to suggest the use of a fretless guitar on 'Savoy Truffle'. In each case, the fretless guitar parts exhibit a 'full' tone, which directly supports the view that the Bartell model – a hollow-body – was used."

George Harrison gave the instrument to session guitarist Ray Russell when working on the music for the Handmade Films production, 'Water', in 1984.

The guitar is scheduled to be auctioned on 13th October and is expected to sell in excess of £300,000, making it one of the most significant finds in electric guitar history.