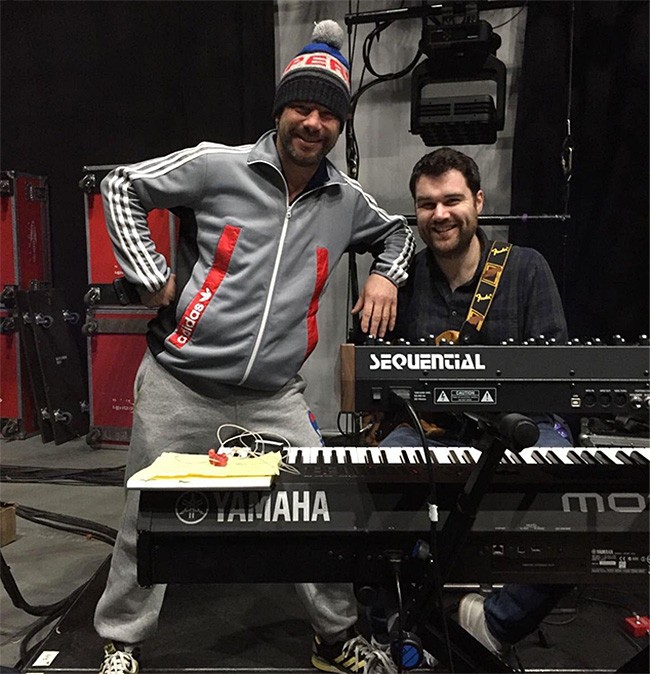 Nathan is a much in demand multi-instrumentalist and artist based in London.

Previously, Nathan worked with the likes of Gruff Rhys, Joss Stone, Huw Warren and Herbie Flowers and joined Jay Kay and his live outfit earlier in the year.

This latest gig follows live stints with the likes of Eliza Doolittle, Katy B and Markus Feehily from Westlife.

Commenting on how he landed this latest role, Nathan said: "I got asked to do a function gig for a fortieth birthday party at Claridge’s. On guitar was Robert Harris who was the guitar player for Jamiroquai. I kept in touch, sent him an album and he called me up saying how much he loved it. He said we’re looking for someone to cover keys, guitar and backing vocals and asked me whether I could do it.

I went and did an audition at Jay Kay’s house and played along to these tunes and string parts. Jay walked in as I was playing. That was quite a weird moment - I got asked to do a solo over part of a song, Jay started dancing around and enjoying it and it was then that I realised it’d gone well."

Nathan has been on tour with the band for much of the year and will be back out on the road this autumn when they play UK arenas.

Jay Kay was recently honoured with the BMI President’s Award at the 2017 BMI London Awards. The band released their eighth album 'Automaton' earlier this year.  Listen to the title track from the record below.

​If you'd like to join our student body and enhance your career through our masterclasses, then why not join us here at ICMP?