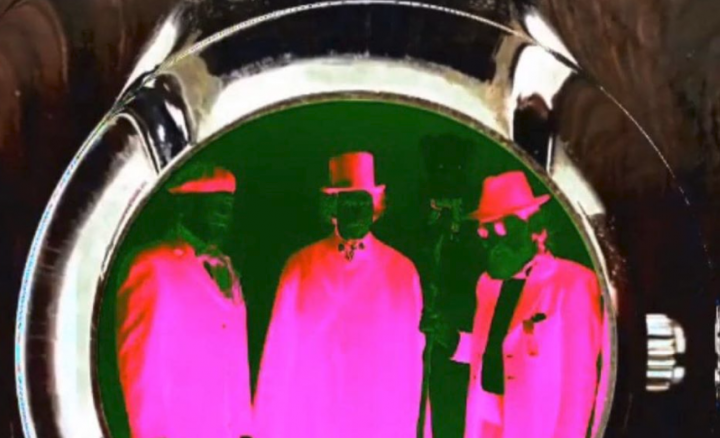 The new release, ‘On the 7th Day’ is taken from the forthcoming ‘The Edge of Reason’ album and is a typically psychedelic track earning them comparisons to the Fat White Family and Bonzo Dog Doo-Dah Band.

According to the group:

[the single] is a powerful psych/prog/punk spoken-word track taking old testament book of Genesis and rededicating it to the creation of chocolate biscuits (what else?)”.

The track was born from a live performance at the BBC 6 Music Festival and has since been debuted on the station by DJ and broadcaster Shaun Keavney.

Blabbermouth features the musical skills of our tutor Mark Roberts who has worked and collaborated with the likes of Massive Attack, The Godfathers & Neneh Cherry during his career.

Murray Lachlan-Young Murray has performed as a poet for the last 25 years with his career spanning everything from stand up to performances at the Edinburgh Festival via the main stage at Glastonbury.

Read our previous interview with Mark and his collaborator Lu Edmonds (PIL, The Damned, Mekons, Shriekback) on their 2019 album, ‘HöRSPIEL’.

Watch the video below and look out for their new album later in the year.