ICMP’s Julian Marshall to release ‘The Angel in the Forest’ 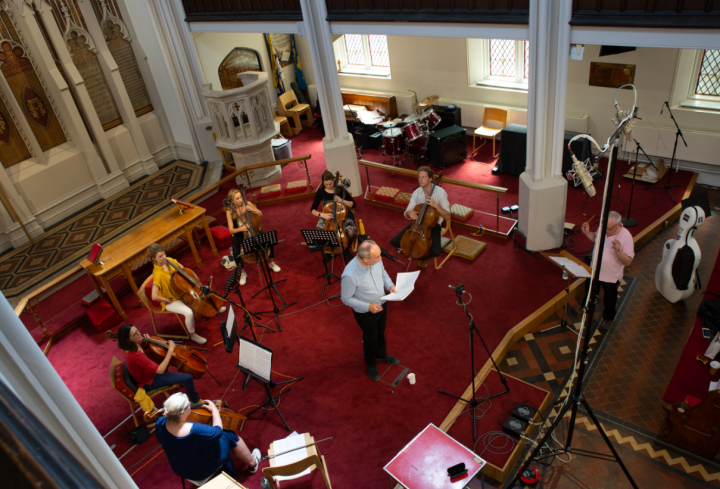 ICMP Teaching Fellow Julian Marshall is to release new music in the form of his ‘The Angel in the Forest’ EP.

Scheduled for release on 18th November on Orchid Classics, the record has been co-produced by Julian and Jonas Persson.

The piece is in five movements reaching 26 minutes and is designed to be heard both live and as a recording.

I have long wanted to record this work and couldn’t have been more delighted when the opportunity arose to do so this last August with legendary tenor James Gilchrist (for whom it was written), a sextet of cellos from The Philharmonia Orchestra and singers from The Rupa Ensemble."

"I’m delighted to say that we’ve been added to the big Spotify Classical New Releases playlist with over 660,000 subscribers. If you’d be up for subscribing to this playlist and/or giving our chosen track (the one on the list called ‘Come, Autumn’) that would be really fabulous!"

Julian's recent work has included the Welten Project. Launched in October 2021, the project’s mission is to conduct research and produce a series of works inspired by, re-imagining or setting poems from Welten.

You can find out more about the Welten Project and visit julianmarshall.co.uk for more.

If anyone pre-orders the EP and sends Julian proof of purchase, they will automatically be entered into our special Angel Raffle.

Watch a short film with Julian and James about this latest EP.