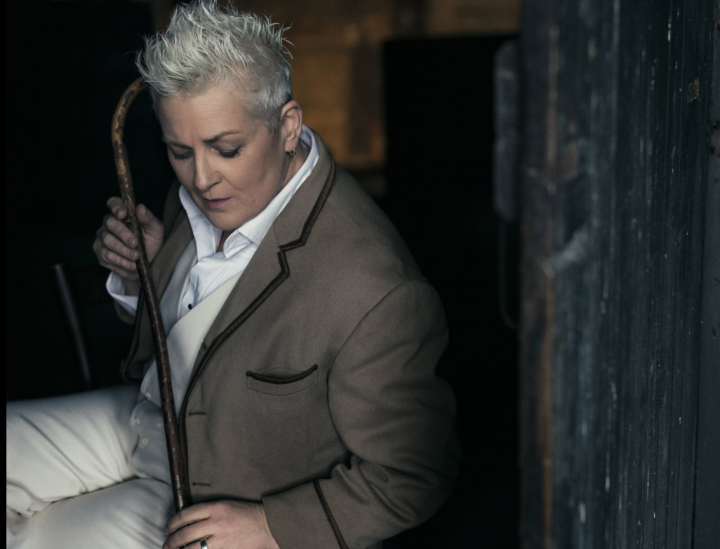 ICMP’s Audrey Riley has appeared on the BBC’s Classic Scottish Albums series to discuss her contribution to two legendary records.

Audrey featured on Horse Mcdonald’s ‘The Same Sky’ from 1990 as well as ‘This Is the Life’, the number one album by Amy Macdonald from 2007.

With both records, Audrey, ICMP’s Arranging and Composing Tutor, was invited to contribute to each recording by the producers.

Commenting, Audrey said: "Pete Smith was producing the Horse Mcdonald album and they decided that they wanted strings on the track, ‘Careful’. I was sent a cassette with Horse singing the song with an acoustic guitar and was told I could do what I wanted."

“The first time we heard how it would work was in the studio. We had a small string group, and Horse sang the vocals live with us. It was a very special moment."

'Careful'  has stayed in Horse's set list ever since, and I've gone on to arrange other work for her. A special moment that comes to mind is conducting the Scottish Chamber Orchestra for her at Glasgow's Barrowlands."

With Amy’s album, Pete Wilkinson was given Audrey’s details and she was invited to work on what he’d created.

She said: “My role was to orchestrate and bring this to life. Again, we used a small string group. And again, we went on to do more albums and tracks with her. Both Horse and Amy invite arrangements into their recordings, and work with the impact that they bring. They're both powerful singers. We also went on to play live with Amy, and also played Barrowlands with her!”

Both records have been featured as part of the BBC’s Classic Scottish Albums series, a show dedicated to celebrating some of the country’s best music releases.

These are classic tracks, beautiful recordings of strong songs, written from the lyrics all the way to the arrangements. It's fantastic to see both Amy and Horse celebrated in this way. They're as powerful in meaning now as they were when we did them. I'm really proud of this work and it's great to hear it being celebrated.”

Listen to Episode 46 with Horse Macdonald

Listen to Episode 44 with Amy Mcdonald