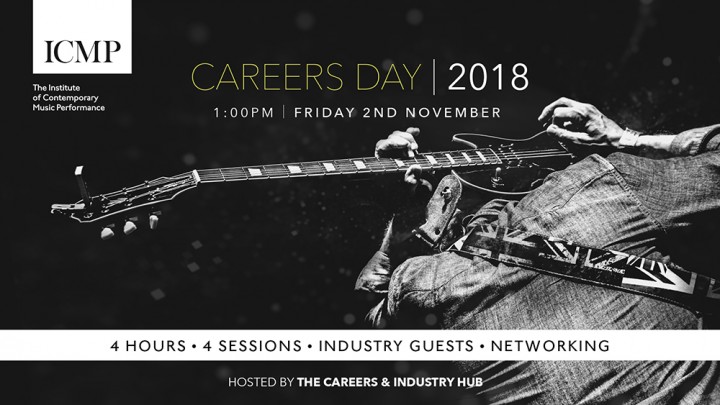 ICMP will be welcoming a selection of leading music industry experts for its annual Careers Day.

Taking place on Friday 2nd November and open to all ICMP students and alumni, the event is organised by our Careers and Employability Hub and will see four sessions taking place over the afternoon.

These sessions will explore the roles of artist manager, A&R with a record label and music publisher and professional musician.

We’re delighted to be once again hosting our Careers Day for our students and alumni. It’s a fantastic opportunity for them to not only make professional connections and expand their networks but hear from some of the best in the business on how they’ve achieved their industry success."

Each session will be open to students and alumni from all courses and will be repeated in each room three times at 1.30, 2.30 and 3.30pm.

The sessions are below:

John currently manages artists including Tom Grennan, La Roux, The Libertines, Spiritualized, Elli Ingram and Zuzu. Starting out as a tour manager, working with several bands including Bloc Party, Alexisonfire and Rise Against, John moved on to consulting for many other groups and music brands such as The Fratellis and The Twang. 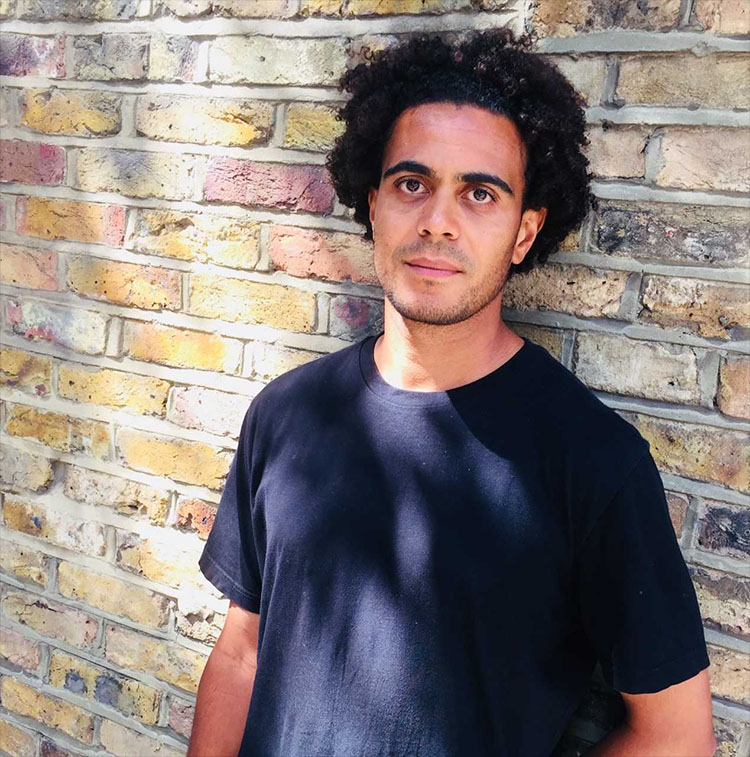 Starting his management career in electronic music and going on to work with a number of successful and critically claimed recording artists, songwriters and producers including Jamie Woon and Jai Paul, Hamish currently works at September Management. They represent the likes of Adele, London Grammar, Rex Orange County, King Krule and Paul Epworth.

Steve has played on two top ten albums as a session drummer and has worked as a musical director and programmer with numerous artists including Foals, Wolf Alice, Dermot Kennedy, Declan McKenna, Wild Beasts, Grace Carter, Marina and the Diamonds, The Shires, Ten Tonnes, Cosima and Will Joseph Cook.

Eve has signed a number of great artists including Loyle Carner, Mahalia, The Big Moon and Jack Garratt in her six years so far at Kobalt after she started working at the company in her final year of study as a Music Production student. She now works across both publishing and A&R at AWAL where she signs new artists on the masters side.

Chloe provides creative support for songwriters including setting up sessions, pitching demos to artists and labels for placement, and helping songwriters understand and meet their creative goals. She also works with Reservoir’s global network of sub-publishers on collaborations to ensure that the network is informed of all new music for pitching and tracking. Since joining the company in 2017, Chloe has worked with Cutfather, Jamie Hartman, Carla Marie Williams, Alfie Jackson, David Sneddon, Mary Leay, We Are Scientists, French Braids, Broken City, and Craigie Dodds among others. Chloe previously worked at independent music publisher A&G Songs in various publishing, sync and marketing roles.

In his current role Cian, has signed Birmingham MC, Dapz On The Map. Alongside that he is a manager for the likes of Star.One, DJ Spoony, BiG HEATH, Reece Parkinson, Jaguar Skills and a few more. Cian was previously A&R at Black Butter Records and signed Young T & Bugsey as well as assisting across their roster.

Look out for more industry guests to be confirmed and read our blog articles from last year's Careers Day on how to develop your sonic identity and communicate your musical identity.