FACE and how to get your music playlisted on Spotify 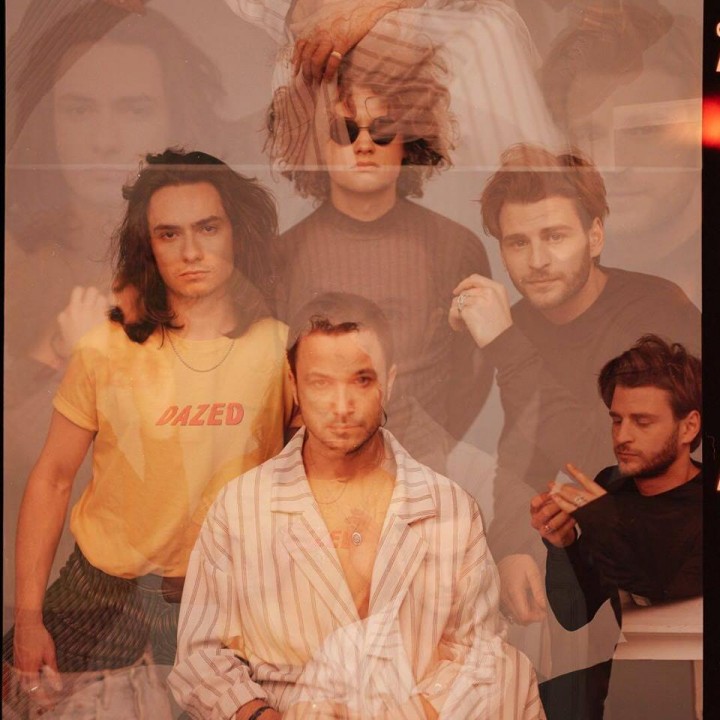 Formed in Glasgow, completed in London the hype around indie group FACE is gathering apace.

And it’s not surprising. Featuring ICMP songwriting alumna Slim Gabriel on drums, the band unveiled their debut single over the summer, the sky scrapingly anthemic ‘Imagination’.

With echoes of The Killers at their eighties-loving best, the song was produced by the legendary producer Stuart Price (the man twisting the dials for the likes of Pet Shop Boys, Madonna and New Order) and released via his Warners-affiliated AOA. It's a real statement of intent and has spent the summer picking up heat, even landing on a recent New Music Friday Spotify playlist.

With such action going on , we caught up with Slim to get the skinny on the band, their inspirations and burgeoning success…

How did you first begin your musical journey?

It started in the womb where I’m told I heard a healthy dose of Mozart. That transitioned into me accompanying my pianist mother drumming on chairs, pots and pans and toy cymbals to old ragtime and Beatles songs. I got my first drum kit aged seven and never looked back.

Who or what first inspired you to start writing your own music?

I actually started writing while I was at university, which is fairly recently. I had only written a handful of songs before I started my course. Playing drums is the best and percussion is universal, but songs are the musical language of the planet and that concept was really what pushed me to work on expressing myself.

How did the band get together?

FACE was formed by David (lead singer) and Matt (bassist) who met through a girl they both happened to be seeing. Discovering that their taste for music was as similar as their one for girls they spent time writing in Manchester, then met Jack (guitarist) and I in London early last year.

Congratulations on the Spotify playlist selection - how important is this kind of endorsement for a new band like yours? And how did it come about?

Thank you! Considering streaming stats continue to smash physical album sales, it truly is the future of our industry.

Streaming is the way people consume music now, they pay for it like they would water or electricity on a monthly basis. So to have the support of a platform like Spotify is really useful."

It helps us to be heard and connect with as many people as possible, which is what we all do this for right?

For any song to be playlisted successfully, it has to be heard and liked by the good people at Spotify who are in charge of what new music they think people should be looking out for. So first your music has to find its way to their desk, then it has to convince them it is worthy of the millions of ears that subscribe to their service.

Who is/are your songwriting heroes?

There are genuinely too many to list, but here’s a few: The Beatles, The Killers, Brandon Flowers, Jack White, Brendan Benson, Dylan, Bruno Major, Noel Gallagher, John Mayer, Paul Simon, Rod Temperton … the list really is endless. The boys in the band are brilliant writers, I’d pop them on my list too.

What has been your favourite gig to date?

I think I’d have to say our gig at KOKO. The audience was massive and my mum was there.

What have you learned from your experiences at ICMP that have helped you take your career to the next step?

I learned the creative and professional steps I needed to take, to make what’s in my head a reality for myself.

ICMP doesn’t just offer them a qualification and a unique opportunity for creative development. It offers all those things in one of the world’s greatest musical capitals, where you’re surrounded by people who can literally make your dreams become your reality."

Have you any advice for new and emerging artists?

Stay honest and true to your creative vision at all costs, because honesty and truth are the things that will resonate with people. The only one who can be you is you, which means it’s the one thing you have that no one else does. Don’t be afraid to be it.

What does the future look like for you and the band?

We plan to release our EP over the next few months, then start playing a load of shows with a support tour before the end of the year. We’re working to complete our album and will hopefully go on to record that in 2018. We got to go to Los Angeles and work first hand with our producer Stuart Price (who’s label we’re signed with under Warner Brothers) to record the EP which was an absolute dream. To go and record the album there would be the next dream on my wishlist…

Listen to their most recent release 'Imagination' below.

If you’re looking to take your playing and performing to the next level like Slim, then why not join us here at ICMP?