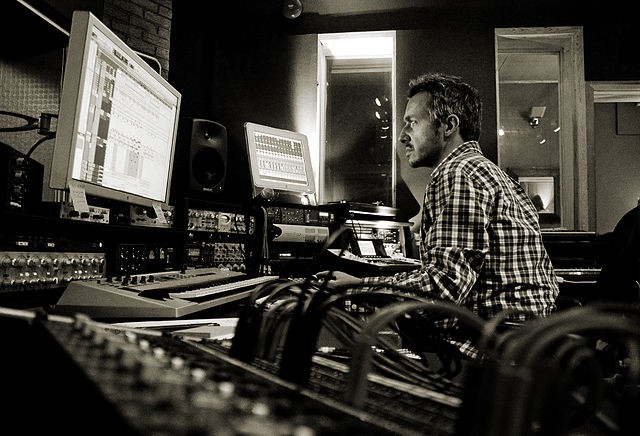 Congratulations to ICMP alumni Barney Lister and Fraser T. Smith who have both been honoured at The Ivor Novello Awards.

Taking place at the Grosvenor House Hotel in London on 21st September, the event is one of the most prestigious in the music industry calendar and celebrates the musical achievements of songwriters and screen composers.

ICMP alumnus Barney Lister won the award for Best Song Musically and Lyrically for the track, ‘God’s Own Children’, performed by collaborator Obongjayar.

Fellow ICMP alumnus Fraser T. Smith won the award for Best Contemporary Song with his track ‘Children of the Internet’. This award is the third win for the pair in four years.

I’m amazed by the impressive range of talent who have joined the UK’s roll call of songwriting greats by winning an Ivor Novello Award. Each one brings joy to so many and creates the soundtrack to our lives."

"As well as being astounded by their achievements, I would like to thank every winner and nominee for creating the most wonderful and era-defining music."

Listen to 'God's Own Children' below:

All but two of the categories (PRS for Music most performed work and songwriter of the year) was judged by individual panels of songwriters and composers.

The winners in full are:

'Children of the Internet'

Published in the UK by BMG UK

'Ori and the Will of the Wisps'

Written by Barney Lister and Obongjayar

Published in the UK by Sony Music Publishing

PRS for Music Most Performed Work

Songwriter of the Year

Alison Goldfrapp and Will Gregory