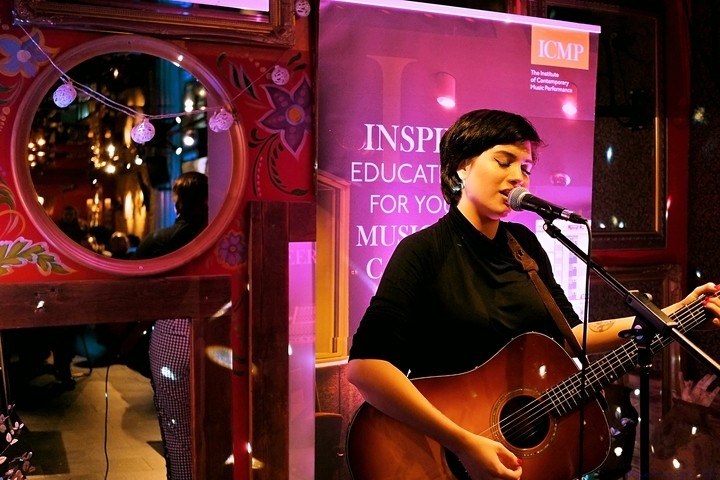 Why live performance is important

For students of popular music, having the opportunity to regularly perform in great live venues is critical to their success. However, performing live can be extremely challenging in today’s music industry, with promoters and venues often putting pressure on up and coming artists to either pay a fee or guarantee a minimum number of guests before they are allowed to play. This can be both intimidating and challenging for an artist who is still building their fanbase and network. ICMP’s events team helps facilitate this by arranging the gig, promoting it and allowing the artists to concentrate solely on fine tuning their performance. Also, these events are often attended by music industry contacts from ICMP’s extensive industry network.

What kind of events does ICMP provide?

We believe it is important that students have the opportunity to engage with a wide range of events to hone both their musical and their networking skills – and have some fun in the process! Our events team organise a wide range of different events during the course of the year, including masterclasses, clinics, workshops, sessions, open mic’s, showcases and a wide range of parties and community events bringing together students, staff and members of the public. Click here for more details of what’s coming up. 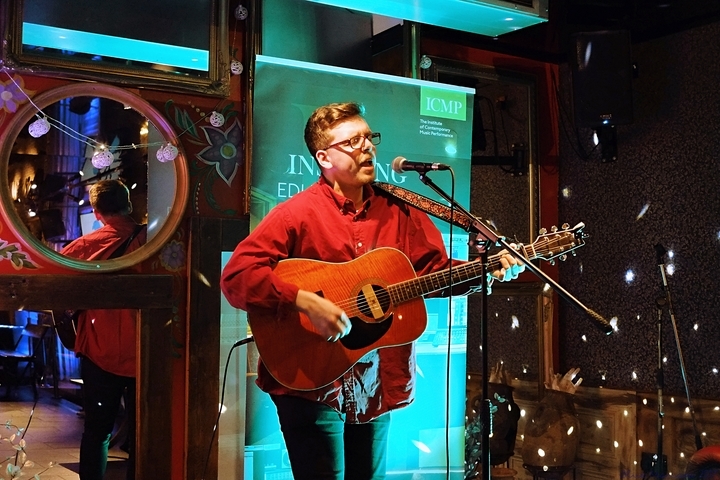 Kaity Rae is a current BA Songwriting student and is carving a name for herself in the UK Country scene.  She gained over 1 million streams on Apple Music for her debut EP ‘Speak’ and three of her songs have featured on ‘Folkstock Records’ compilation albums.  She has received positive press from the likes of the Evening Standard, Music Week Magazine and the Sunday Times and The Telegraph placed her in their top folk albums of 2015. Kaity is now performing across the UK in support of her latest EP ‘This Time Around’ which has been promoted by BBC Introducing regionally as well as Amazing Radio.  Having previously performed at leading venues including The Roundhouse Kaity has supported acts including Sasha McVeigh, Sonia Leigh and Angel Snow (whose writing credits include Alison Krauss).

Nick Tudor-Pole is fast developing his own unique sound, blending fingerpicking guitar driven songs with strong vocal melodies and can be found performing at various venues around London.

Daniel Jacklin is currently studying as part of our BASW programme has previous played various venues around London including The Old Queens Head, The Lucky Pig Cocktail Bar and Boho Camden itself.

Mara Daniele has performed across venues in London and her native US and has previously progressed to the blind auditions stage of The Voice.

Tessa MacGibbon completed her CertHE at ICMP and is currently studying as part of our Songwriting degree.

After the event, which was packed with both ICMP students and members of the public, Songwriting Degree Student Nick Tudor-Pole said:

Nice intimate venue with great vibes – I really enjoyed playing here.  I'm very grateful to ICMP for putting on nights like this - it really helps in building stage confidence and introduces students onto the London gigging circuit in a really supportive environment. Thank you ICMP!

To find out more about ICMP’s Sunday Sessions, which are open to all, click here. The next one will take place on 23rd April 2017.