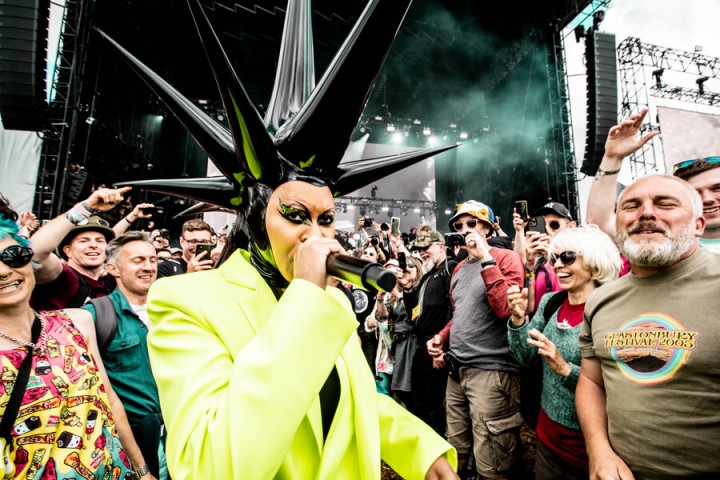 Ace, ICMP's Head of Industry Partnerships and Business Development, is back out on the road this month with the legendary British rockers, Skunk Anansie.

In his latest blog, he gives us the inside track on the band's recent performance at Glastonbury, their first time at Worthy Farm for more than 20 years...

Well it's been a month since we were out in Europe playing the first shows that most of the venues and crowds had seen in the last two years since the lockdowns.

That tour lasted two months and we were lucky enough to sell out practically every venue. Now we're back out, but this time it's summer and the festivals!

We are a few shows in, and have already played in various places across a few countries.

The main focus is the fact that we returned to Glastonbury after 22 years away from it, when the last time we took the stage was as headliners in 1999." 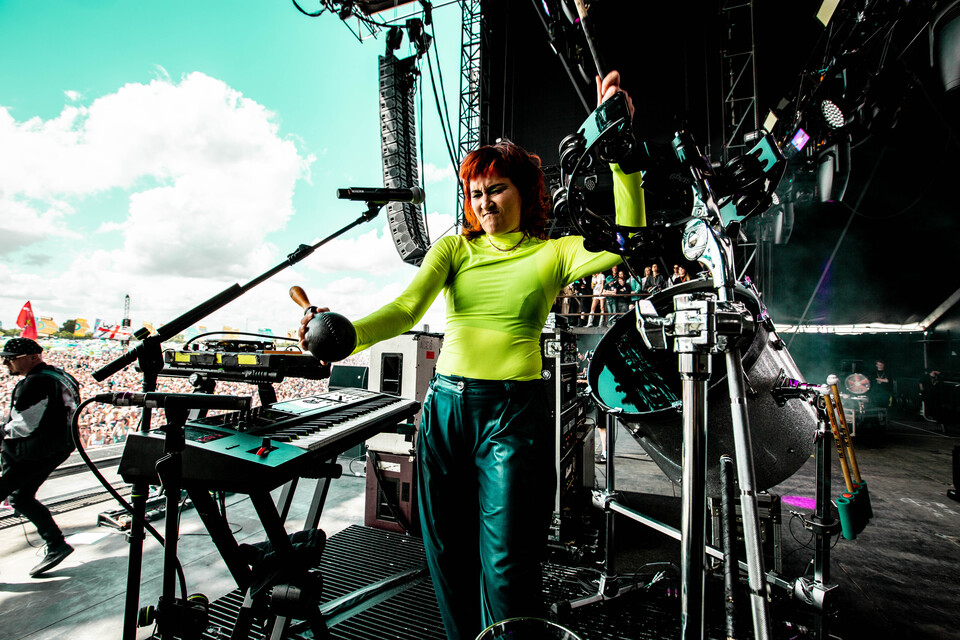 I think we'd all been feeling very nervous about this show from the beginning of this part of the tour and we knew that we had to nail it and get it right, for as well as playing the large Other Stage, it was also to be televised by BBC TV.

We rolled into the festival grounds after a long trip on the bus from Denmark from the shows that we had just played the night before. When we stumbled out of the bus in the morning there was that familiar smell of mud, grass and hotdogs fused together as we stepped onto the hallowed turf of the Glastonbury Festival.

As we sauntered backstage in our glorious rock'n'rollness; black clothes, dark shades and tattoos in abundance, we started to blend into a plethora of festival staff and famous bands, plus their entourages. 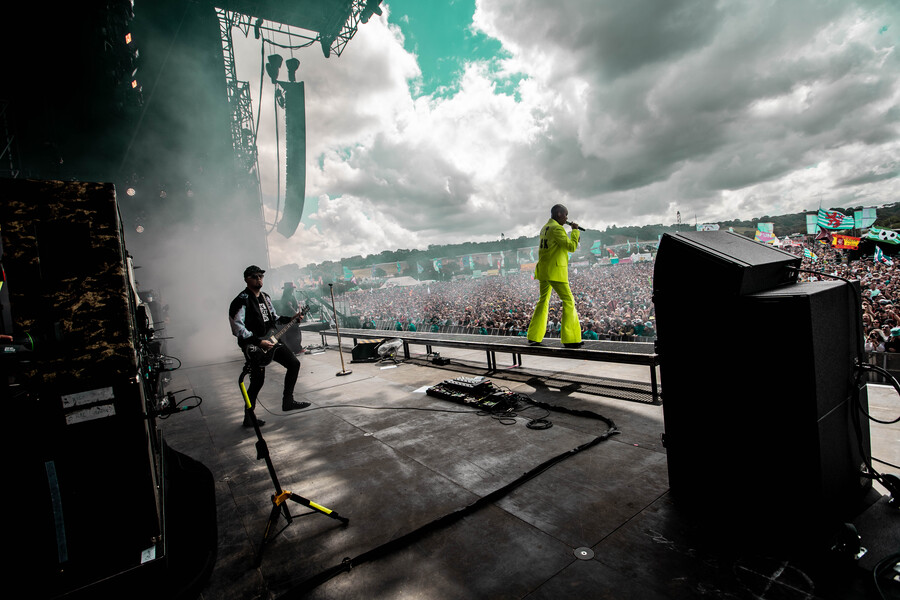 The coffee machine was the first hit, then it was back to the dressing room to put in some serious warm-up practice, and squeeze into the selected stage outfits ready to smash the stage, all guns blazing.

Our stage time was mid-afternoon, and the weather was holding up well. There was a buzz around the band being there and there was a lot of press action and requests for interviews seeing as we have been away for so long.

There was so much to prove it was actually quite nerve racking, and I was the most nervous I've been in a long, long time.

Practice makes perfect and being prepared brings confidence, and these were the only two weapons I had against the onslaught that I may encounter out on that stage with no sound check and walking out to 50,000 people."

As I noodled through the riffs in the backstage area, I took a deep breath in before plugging in my ear monitors and walking towards the stage with the band.

As the intro tape played out, we walked onto the stage to rapturous applause and a full field. It was a site to behold and I have to say my knees did shake a little bit as we started to bash out the first opening riff. 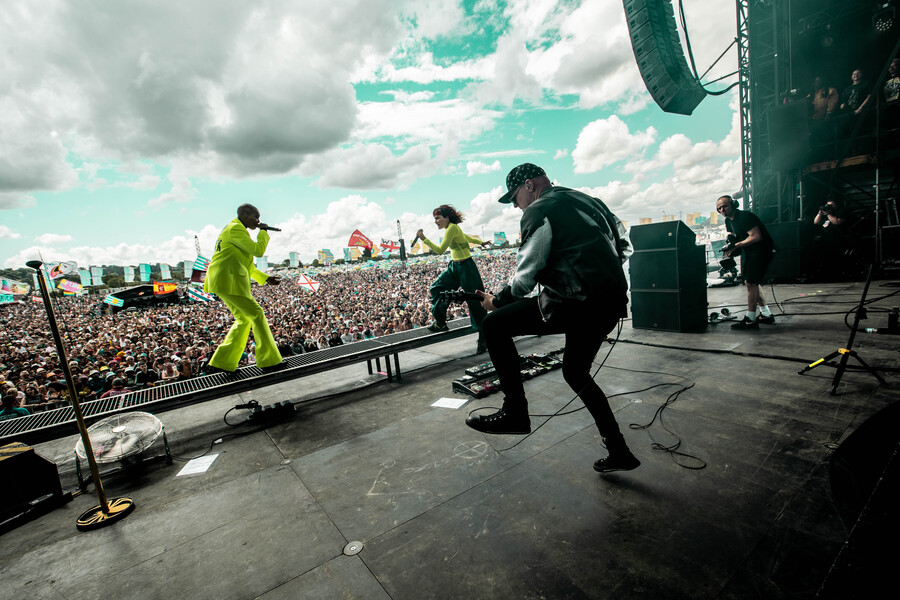 Skin stormed onto the stage clad in a fluorescent green/yellow handmade suit with the words ‘Clit Rock’ emblazoned across the back.

Within a few minutes she was in the crowd moshing and belting out the classic 'I Can Dream' with thousands of fans going crazy all around her!

From then on in, it was like a juggernaut on an ice road at 100 miles an hour. No one could stop the sonic attack and explosion of energy that comes when Skunk Anansie hits the stage full tilt. But today it was even more special as we had something to prove on our momentous and glorious return to the most special and incredible festival that Europe has ever produced.

The addition in the set of my new PRS guitar seven string for the new track 'Piggy' flattened the crowd in a sonic assault of fat, dirty, tuned down rifftasia! I was in rock heaven!

We ended the set with the massive progressive 'Charlie Big Potato' to a huge rapturous applause that sealed our homecoming back into the rock history books.

I must say that I felt blessed to have performed on the stage again and to have such a victory after all of these years." 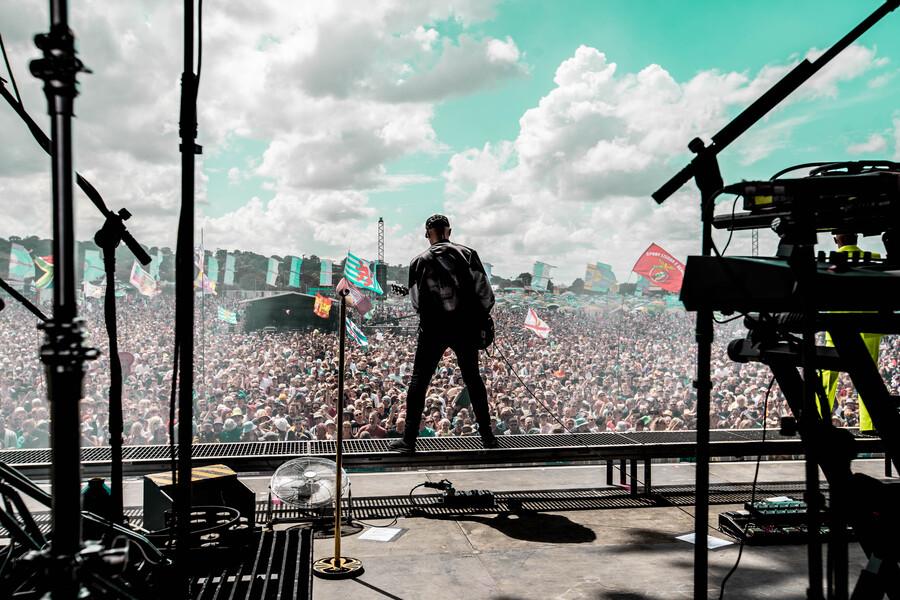 After we cooled down backstage, we all went in different directions with different friends to explore different parts of the festival. This carried on all evening with points where we would all congregate in the same place to watch acts such as Olivia Rodrigo, who was fantastic, and headliner Megan Thee Stallion who was immense!

That night, we all got back on the bus, happy and dusty ready for the next adventure and the rest of the leg of the tour.

Currently we are in Italy, and we've got a couple of weeks to go. The weather is good, the vibe is fresh and the beer is cold..

I'll check back in and update as we roll on over Europe, but until then keep rockin'!

Watch this video of Skunk Anansie's '(Can't Get By) Without You', filmed throughout the first leg of the band's 2022 European tour.