Home » Events » In The Mix with... Steph Marziano 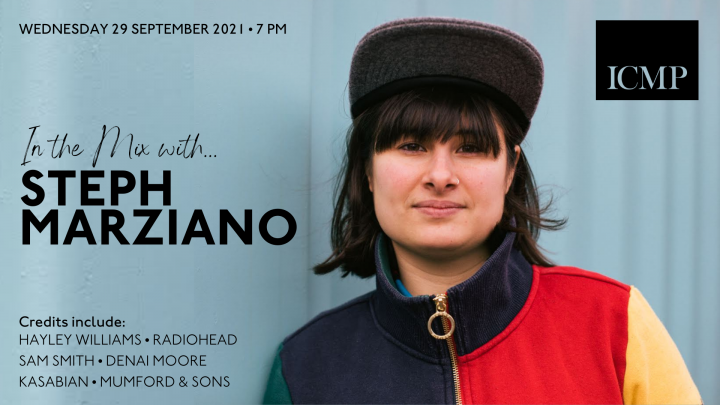 Our In the Mix series sees the music industry's best producers and audio engineers discuss their careers and share advice for anyone looking to launch successful studio careers.

Taking place on 29th September, the first session of the year will feature the amazing writer, producer, and mixer Steph Marziano. For the past six years, Philadelphia-bred, London-based Steph Marziano has been writing, producing and mixing across some of the world’s biggest music markets. For Steph, music represents more than sound, it’s emotional, and everyone she’s worked with knows she likes to focus on what matters most — helping to capture the Artist’s passion and personality through storytelling.

Students will also have the chance to submit their music in advance of the event and receive feedback on their work from Steph.