In the Mix with Daniel Moyler

Home » Events » In the Mix with Daniel Moyler 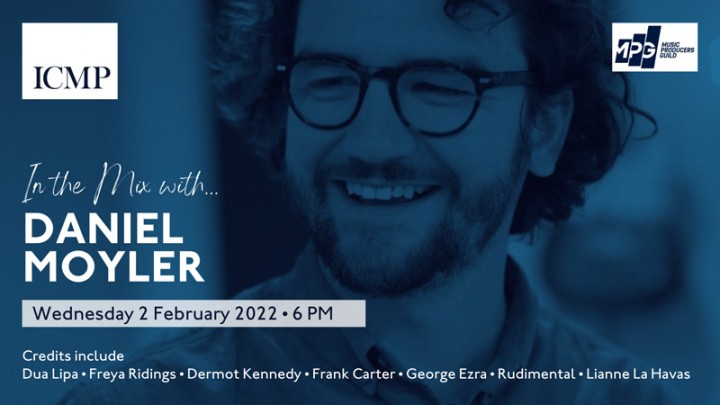 Our 'In the Mix...' series sees the music industry's best producers and audio engineers discuss their careers and share advice for anyone looking to launch successful studio careers.

Taking place on the 2nd of February, our next session of the year will feature the amazing producer, mixer and writer Daniel Moyler.

Daniel was awarded Engineer Of The Year at the MPG 2020 Awards and won a 2021 Grammy for his engineering work on Dua Lipa's album 'Future Nostalgia'.

Recently he has mixed the new singles for The Snuts, Jack Savoretti, Wrabel, Lily Moore, Fuzzy Sun and an EP for Jack Curley. Over the past year he has also worked with Shura, Dermot Kennedy, Frank Carter, Dua Lipa and Freya Ridings.

Daniel started out playing in bands before working on night reception at Trevor Horn's SARM Studios. He soon progressed to an assisting position and began learning his trade under the world-class engineers and producers that came through the door. He went on to work with mix engineer Ruadhri Cushnan assisting on records by Ed Sheeran, Half Moon Run and Foy Vance as well as the Grammy Album of the Year ‘Babel’ by Mumford and Sons.

After that he had a spell at Miloco Studios working with artists including Rudimental, FKA Twigs and Bjork. More recently he’s been working with George Ezra, Jack Savoretti and Kawala.