Our ICMP alumnus charts the history of the microphone and two of the best on the market... 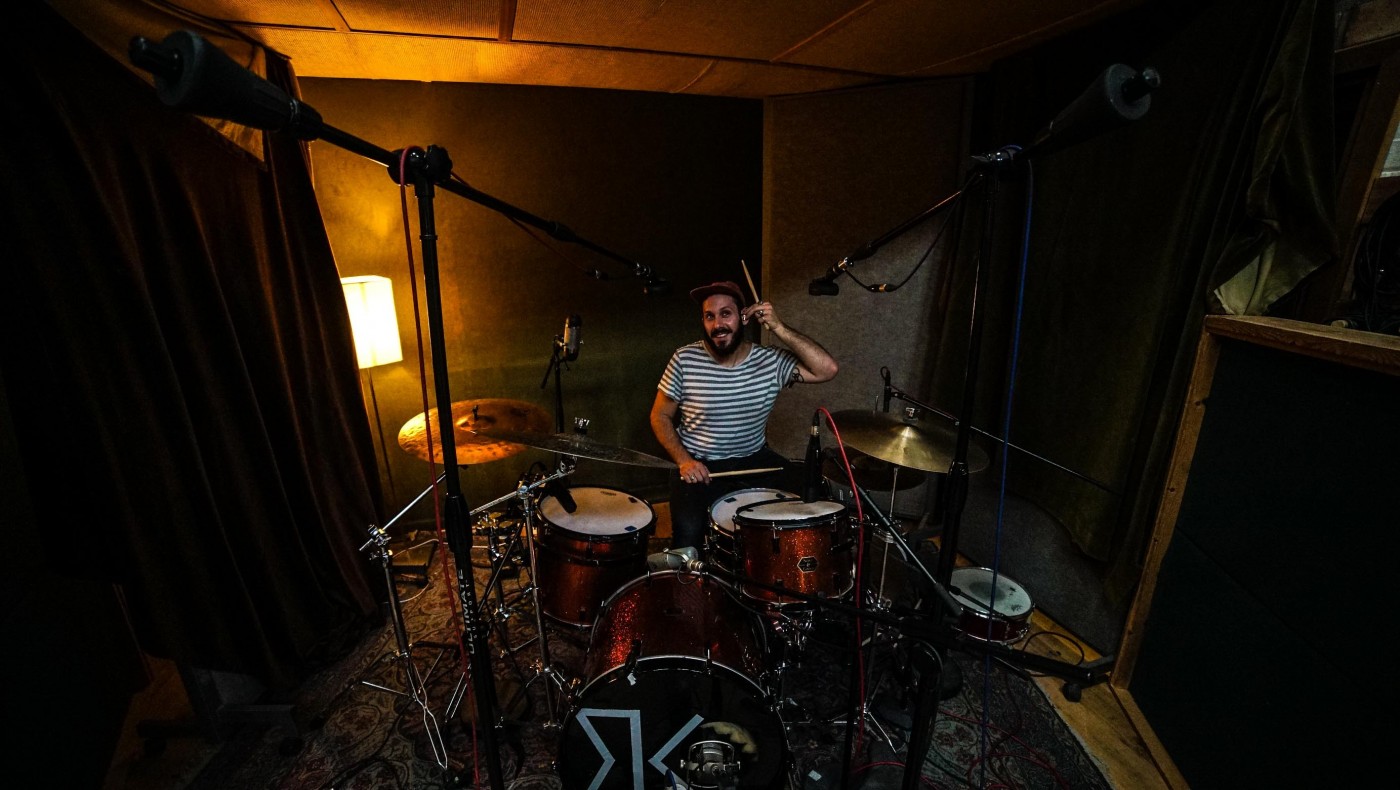 For my latest review, I want to talk about a piece of musical equipment we often take for granted, the instrument at the core of “contemporary music”: The microphone!

We will explore two of the leading mics that have made a huge impact on professional recordings. The Coles 4038 ribbon microphone is used in some of the world's best studios and is often the main choice for capturing drums and guitars due to its incredible response to their natural sounds.

I'll be comparing it to the AKG C414 condenser mic, a microphone suitable for recording anything from vocals to acoustic guitars, drums and also strings. This piece of gear always delivers the best sound clarity.

I will explain the differences, and when it might be more suitable to use one instead of the other. I’ve also included some details about the history of the microphone, and some of the giant steps the industry has made over the last 150 years.

The history of the microphone

We usually associate the microphone with music and entertainment but this wasn’t always the case.

In 1665 the English physicist and inventor Robert Hooke built a string phone that conveyed sound over an extended wire by mechanical vibration. This was the first attempt to amplify a sound from one place to another. A few years later this experiment grew into what we now know as the telephone.

Sir Charles Wheatstone, a scientist most famous for inventing the telegraph, was the first to come up with a device resembling the microphone. While showing through his studies that sound was transmitted by waves through mediums, he built a device capable of amplifying weak sounds, which today goes by this name. 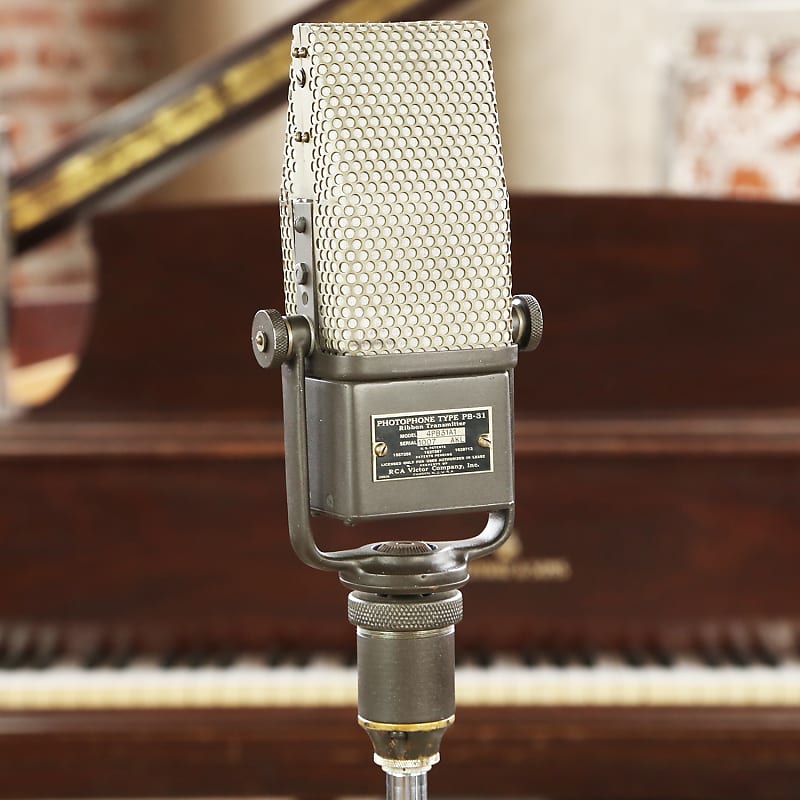 Condenser mics were the first to be designed. However, on their discovery, they were used to measure sound intensity rather than for recording. That function was only developed nearly 100 years later.

This marked a huge step forward for the music industry too, as we moved from the electric era (microphone used for radio and sound for films) to the magnetic era (tape recording). This is the one we are more familiar with now.

Recording has moved forward exponentially in a very short time. It’s fascinating to think that nowadays we all own at least one microphone in the house, whether it's for professional recording or for Friday night karaoke."

Recording is now at the foundation of knowledge for any professional and non-professional musician. So, today I want to talk about two of the microphones that are my go-to in the studio and why they are such a big part of my sound; the Coles 4038 ribbon and the AKG C414 condenser.

Here some of the questions I’ve been asked about them by other musicians.

Do condenser microphones serve the same purpose as ribbon mics?

They are both great in the studio for recording any type of instrument. However, there are some distinctions that need to be made.

They are based on different transducer principles: ribbon mics work on electromagnetic induction while condenser mics convert sound to audio via electrostatic principles.

Here are some of the characteristics separating the two types of microphones. 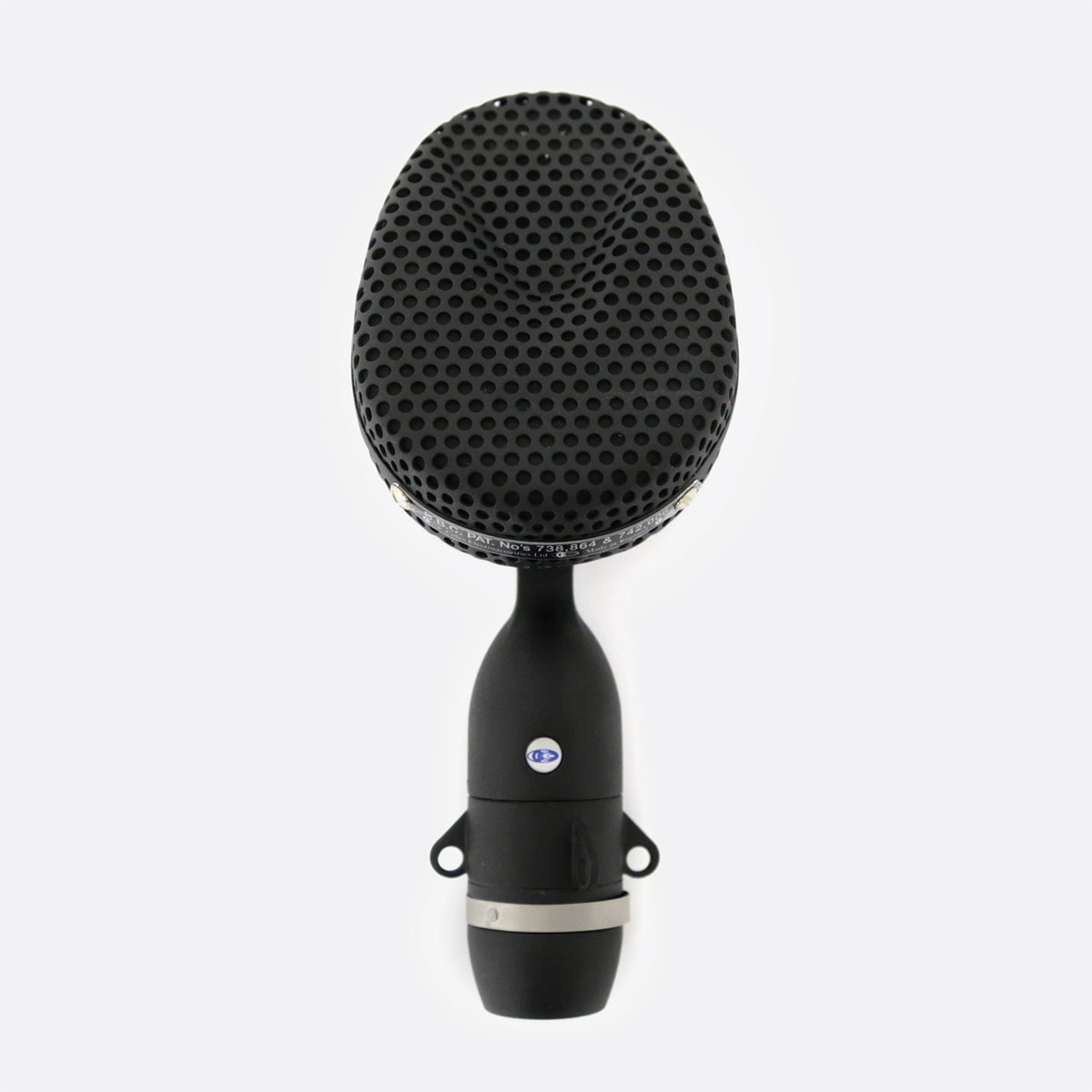 Designed by the BBC in the fifties, they are a type of dynamics microphones featuring an extremely thin strip of metal (most often aluminium) suspended in a strong magnetic field. 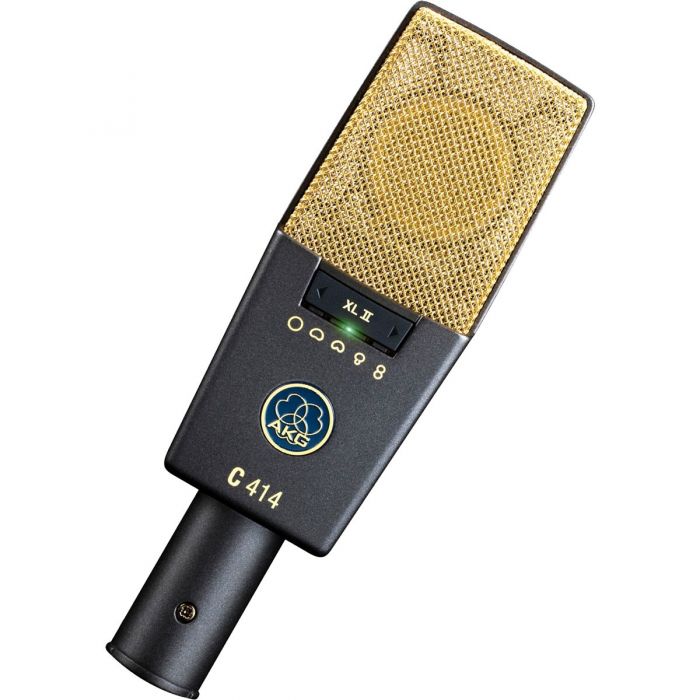 These mics are constructed with a lightweight diaphragm suspended by a fixed plate. The diaphragm can follow the sound waves more accurately than a dynamic microphone with a (relatively) heavy moving coil attached.

I often use the Coles 4038 as overheads, positioned 46.5 inches away from my snare when recording drums.

I find this gives my kit a very warm sound, without altering its natural tone. The Coles allow me to feel like the mid-range is in front of me and the low end still present enough. For the room instead, I tend to use the AKG C414, often spread on the left and right side of the room, approximately 6-10 feet away from my kit depending on the space. They are brighter, which is what I need to record the natural reverb of the studio.

They are both amazing microphones, and can equally be used as overheads. However,  the ribbons have a weaker signal so are often not powerful enough to capture the room. Both types of mics are great to record any type of instrument. Still, it’s important to say that condensers offer better clarity. If you are thinking of having a cleaner, brighter take, then the AKG would probably be more effective.

What would you recommend for vocals?

This is the eternal dilemma of singers. The microphone does define the sound of the final product, but there are a lot of factors to take into consideration when choosing what to buy.

Up until the seventies, recording studios used to have only ribbon/dynamic microphones and carbon microphones.

Frank Sinatra, Billie Holiday, The Beatles and many others recorded on dynamic microphones, the reason being that the little imperfections and the natural tone of the vocals as well as the room were a big part of the sound."

It wasn’t until the digital era that condenser microphones became the go-to for producers. The whole vocal production world shifted to a much higher quality level and the vocals themselves became a very important element in the mix.

Maybe this will help you choose what's more appropriate for you.

AKG C414: if you want the microphone to sound like the singer, not a coloured or flattering version of them, then this should be your choice as this mic offers very high-quality recordings.

The downside of using a condenser microphone is that every single sound will be captured, which could often be problematic if recording in a room not acoustically treated or if the singer has pitching problems. If you don’t want to buy a ribbon microphone, then there are plenty of industry-standard dynamic microphones such as Shure's SM7B.

Coles 4038: The advantage of using a ribbon microphone to record vocals is that it naturally has a warmer sound and the lows and mids are incredibly rich.

The downside is that often these types of microphones have a darker timber, and they don’t suit every kind of vocal. In modern production, we are used to hearing either condenser microphones or dynamic microphones.