ICMP alumnus PJ Ciarla lets us in on how to get the most out of the Roland SPD-SX... 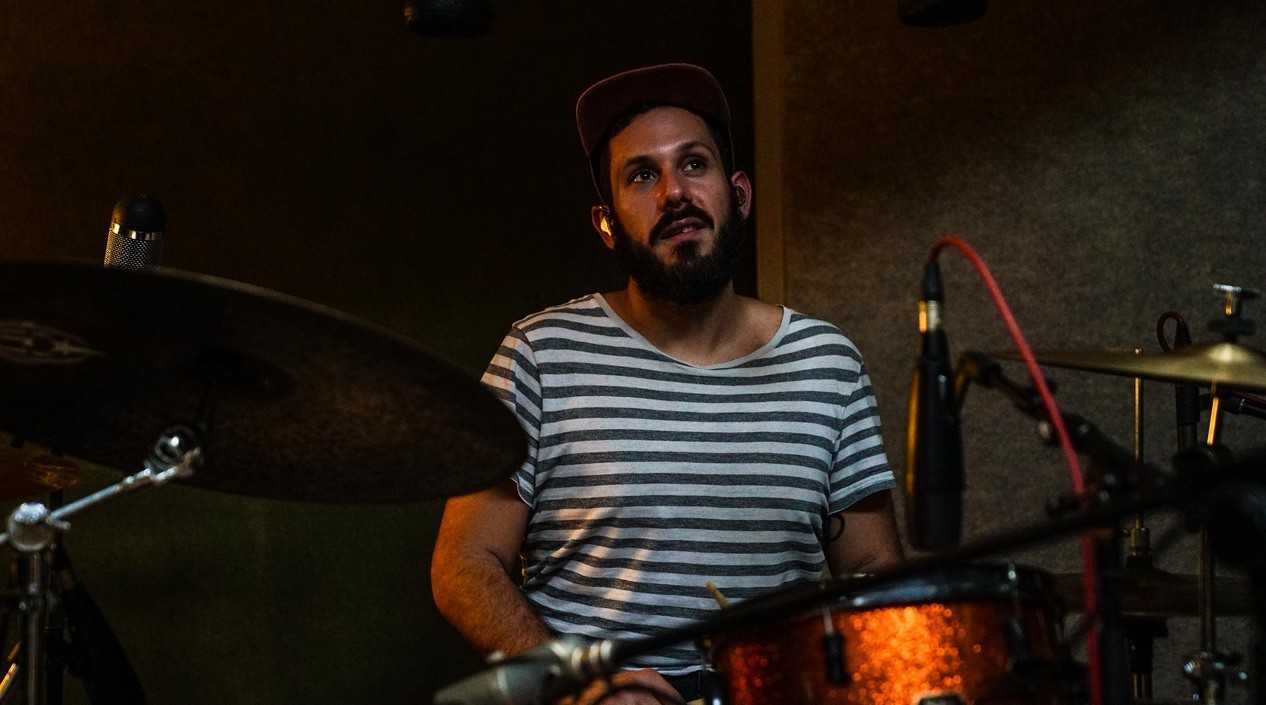 His professional career has seen him hone his skills as a musician, musical director and close collaborator. So with this in mind, PJ was a natural choice to take on our new ICMP Reviews section. Check out his first write-up on the Roland SPD-SX below...

Welcome to the first gear review. Here, I’ll try to cover some of the questions I often get asked about one of the most powerful and handy pieces of gear ever made: the Roland SPD-SX.

This machine was originally created as a portable version of an electric kit, allowing drummers to play an “808” clap while performing with an acoustic drum kit.

This innovative approach to live performance has opened the doors to a new generation of artists and has become an indispensable piece of gear, loved by many players around the world.

Here are some of the frequent questions I’ve been asked by students and fellow musicians about it:

The SPD-SX is a trigger and pad sampler first made by Roland in 2011. It is important to say that the first generation (SPD-S) has been around since 2003, and represented a big step forward for the music gear industry. 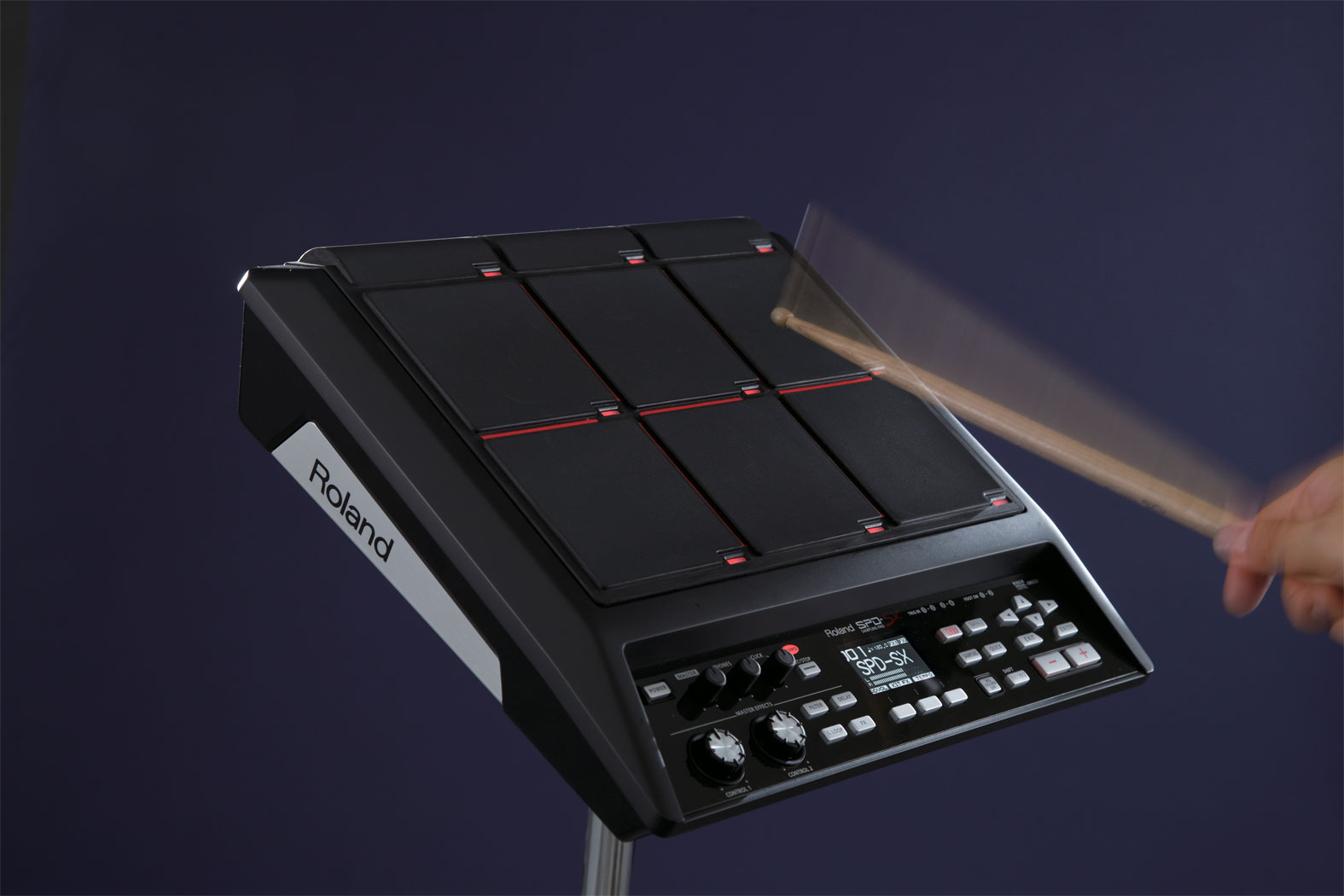 The SPD-SX offers numbers of features for beginners and pros to play around with intuitively. These are:

The internal mixer - this allows you to control the volume of both in-ears, and front of house as well as controlling your ‘click’ levels.

The effects section - this includes a filter, delay and loop button which can be operated and deactivated during a performance at any time. The two switches next to this section allow you to change the parameters of the effects while using them.

USB ports - the two ports at the back allow you to import samples directly into the module, or connect the SPD-SX to a computer and create a live set layout by using the Roland Software Wave Manager.

Midi and audio interface - you can connect the SPD-SX via a USB cable to any recording software (Logic, Ableton, Pro Tools) and use it as a midi controller. You can assign the sample you want to each pad and record in real-time.

2) What is the most common use for it?

The most common use for the Roland SPD-SX is as the drum trigger.

Most modern production includes samples and sounds which can be hard to reproduce with acoustic instruments. This includes claps, electronic-sounding bass drums and tambourines.

The uniqueness of most records come from the little details/sounds that a band or producer have created specifically to make a song memorable. These samples can be live triggered during a performance so won’t interfere too much with the drummer or rhythm section’s role."

The SPD-SX is compact, portable and easy to set up, ideal for bigger and smaller stages.

3) Can I upload big samples and files into it?

One of the advantages of having an SPD-SX is to reduce the amount of gear you need to bring to a live gig.

With an internal memory of 4GB, this machine allows you to import short samples while also uploading full backing tracks and assigning them to a pad. This leaves you with space for more samples in the remaining eight pads.

In other words, this means you no longer need to bring a laptop or interface to a gig, hoping to avoid any drink spillages.

The SPD-SX will do great justice to this, without compressing the track or losing sound quality.

4) Can I link the SPD-SX to Ableton to trigger backing tracks?

The SPD-SX also functions as a midi controller so it can be used with Ableton.

In this scenario, the possibilities are endless, all you need to do is to decide what function you want the device to cover.

The most common use for the midi control feature is to launch and stop tracks when needed, as well as moving between kits smoothly and simply. This is ideal when we have a very limited amount of time between songs."

Before doing so, check the setting on the SPD-SX to make sure it's set on a midi controller and not Wave Manager, then connect it to your device (laptop or PC) via USB and enter the midi function on Ableton. This will give you full control over the full layout.

5) Can it be useful to musicians other than drummers? 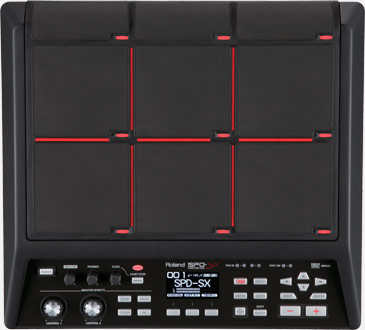 Commonly the SPD-SX is known as a drum pad, however, such a powerful machine can be useful to anyone in many different contexts.

For instance, for a solo artist who likes using loops, this device will certainly make your performance much more interesting and fun.

You can pre-record or record live your main guitar and move to your drum pad to add some groove when needed.

It is also possible to launch your backing track and play along it. The internal click will help you stay in time especially during gaps where there are no other instruments playing. A very successful artist who integrated this piece of gear to his set up is Jack Garratt. He uses the Roland to trigger all his main claps and kicks live as well as launching the backing tracks.

When performing live, FKA Twigs only brings two drummers who both play SPD-SX. One of them is mostly in charge of rhythmical elements and the other one launches backing tracks and adds percussion here and there. This machine can also be used to practice and learn how to experiment with new and unfamiliar sounds.

Visit roland.com to find out more. Watch our recent masterclass guest Jack Garratt explain how the tech has enhanced his live performance.

by PJ Ciarla
February 2, 2021
ICMP Life
Back to Blog Home