To celebrate World Book Day, check out our list of some of our favourite music books... 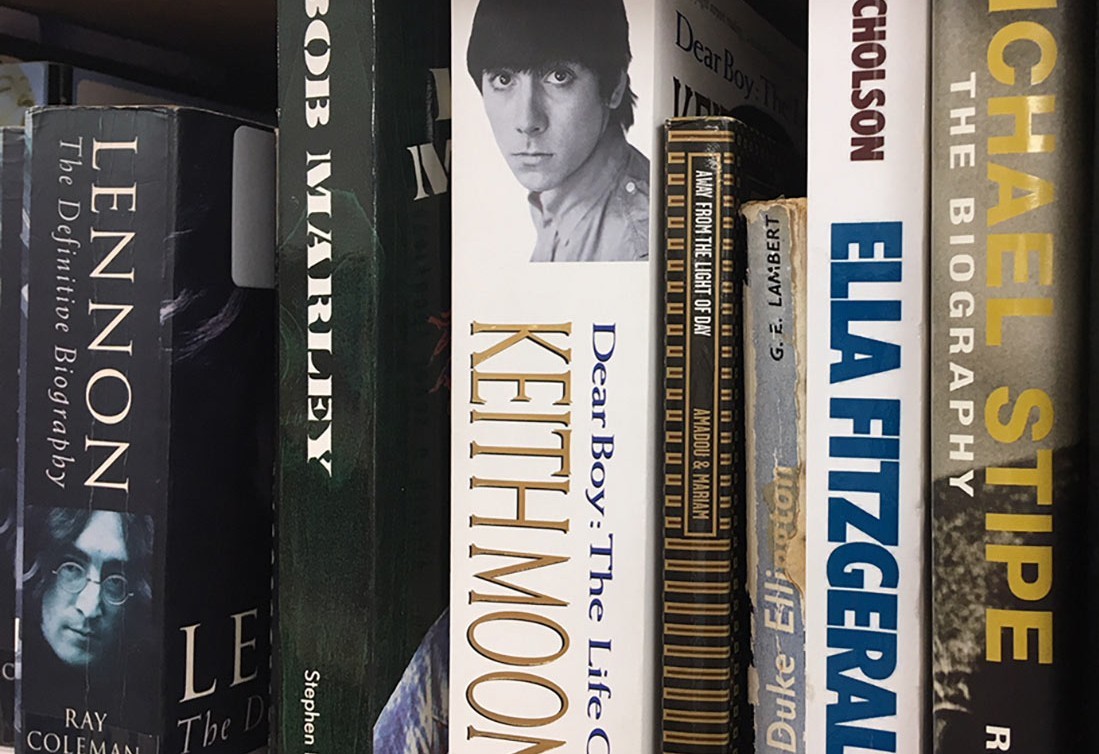 With World Book Day taking place on 5th March 2020, it seemed a great opportunity to shout about some of our favourite music books.

Whether it be weighty academic tomes or scurrilous tall tales of excess and bad behaviour, there are myriad great reads out covering the whole gamut of the music world. Check out some of our selections below and share your own top picks with us via our social media channels...

‘Where Did Our Love Go? The Rise and Fall of the Motown Sound’
by Nelson George 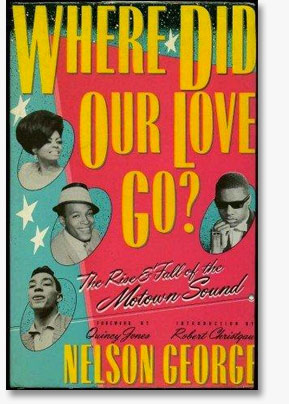 The history of Motown is shrouded in mystery and allure that often dilutes the historical accuracy of one of popular music's most significant independent record labels.

George's account is comprehensive, balanced, detailed and the most compelling account of the label's meteoric rise and slow decline. 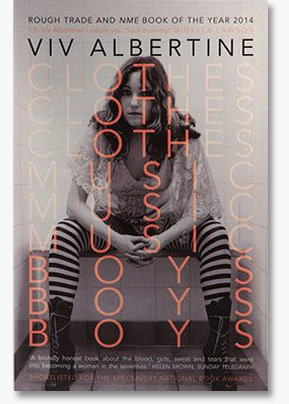 I've read many music books over the years as I love to discover what makes people tick, particularly those who are successful or who have taken difficult journeys. I'm currently reading 'Siren Song' by Seymour Stein, partly because he's a music business legend who signed Madonna, The Ramones, Talking Heads and The Smiths (among many others) but also because I know him quite well and I signed a band that I managed to Sire Records in the early 1990s.

However, one of my favourite recent books about music is 'Clothes, Clothes, Clothes. Music, Music, Music. Boys, Boys, Boys' by Viv Albertine. Viv was the guitarist in The Slits, a hugely influential, subversive all-girl band from the punk era who challenged the male hegemony of the period.

It's an emotional journey, particularly poignant when she writes about her later life trying to build a family in suburbia and suppressing her creativity. It's a story that any true artist can relate to."

'The Disco Files' by Vince Aletti 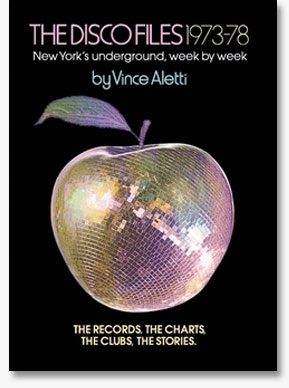 Vince Aletti was the weekly disco columnist at Record World Magazine during the seventies as the scene was peaking and taking over dancefloors across the US.

This tome is the ultimate collection of all the killer disco heaters released during this glittering musical time. Even if you're not a slave to the rhythm, this is essential reading for all things Studio 54... 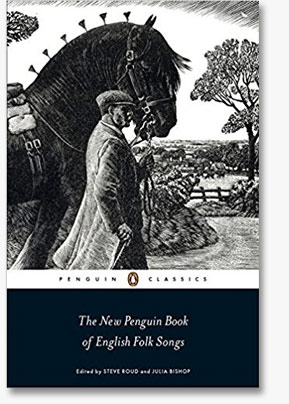 Something I’ve always felt about folk songs is that rather than being out-dated or nostalgic, they can often deal with the grotesque, raw and sometimes haunting truths of what it is to be human. This book explores this beautifully as well as doing a fine job of preserving England’s traditional music.

'Playing the Bass with Three Left Hands'
by Will Carruthers 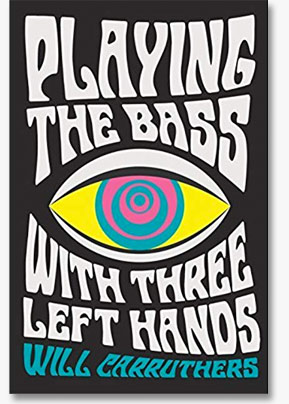 Will Carruthers played bass for two of the most influential indie bands of the 80s/90s - Spacemen 3 and Spiritualized.

Carruthers offers an unfiltered account of the experience of playing within these bands, both renowned for their uncompromising and hypnotic live performances.

This book offers a fascinating insight into the highs and lows of the music industry. It's hilarious at times, yet also heartwarming and surprisingly forgiving, given the destructive tendencies of both bands. 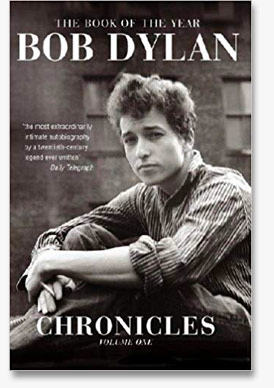 This autobiography steers clear of the typical 'portrait of the artist as a young man' trope and instead focuses more on the self-doubt and creative angst surrounding some of Dylan's later work, providing a more holistic insight into the reality of working in the music industry.

I would definitely say that 'Moving To Higher Ground' by Wynton Marsalis has definitely changed the way I listen to music. The subtitle is "how jazz can change your life", but don't get tricked by that!

It's not a heavy book about deep jazz harmony or anything like that, it's a very honest and down to earth book about how improvisation (in jazz and blues) is basically the ability to turn your own soul into music in a precise moment, all combined with the story of Wynton Marsalis, his mastering of the trumpet and loads of anecdotes about American bands and the birth of jazz.

It also won a Pulitzer Prize so I guess I'm not the only one who found it interesting! Definitely worth a read.

'Songs of Love and Horror: the Collected Lyrics of Will Oldham' by Will Oldham 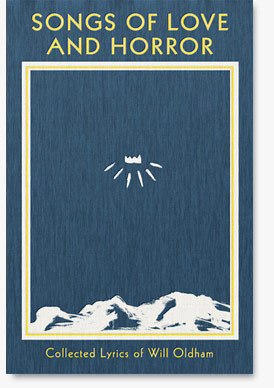 A beautifully bound collection of the lyrics of a singularly enigmatic songwriter. The singer has performed under the name Bonnie "Prince" Billy since the late 90s, having previously recorded under a string of "Palace Music" variations, incorporating elements of folk, country and indie rock.

Sordid, mysterious, often wildly hilarious (see: "A King At Night" - not for publishing here). In advance of the release, it was rumoured there would be explanations from the man himself. Instead, in a fashion typical for a man who's changed his artist name at least half a dozen times, the annotations are more inscrutable than the songs themselves.

'The Art of Asking' by Amanda Palmer 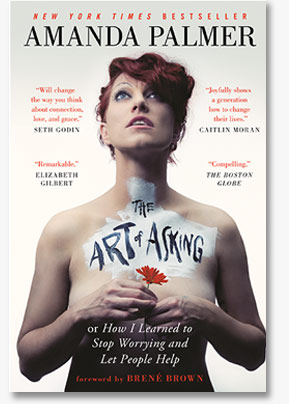 Written as an extension of her 2013 TED Talk, 'The Art of Asking' is in some parts a memoir of Amanda's music career, and in other parts a bold and welcoming encouragement for people to ask for help they need in their work.

Through the lens of her own experiences in music and crowdfunding, it's about the entire human experience, about vulnerability, trust, creativity and the role of the artist in connecting the dots in life.

I'd say it's the creative equivalent of your best friend pushing you off the ledge at the top of a zip line. 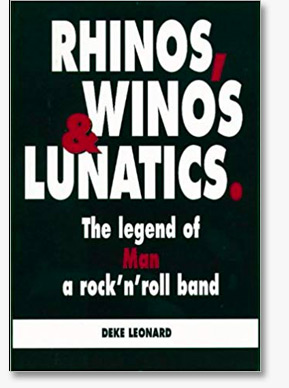 Leonard was the guitarist in the Welsh prog-rock bands of the 1960's and 70's Man and Iceberg. Peppered with Leonard's sense of humour and great wit this autobiography is an accurate rendition of life on the road/studio/pub/jail for an 'almost big time' band. 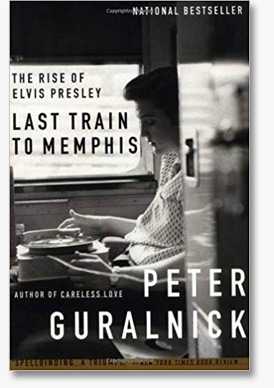 Guralnick's highly regarded and evocative telling of the early years of Elvis Presley indicates why he was at least as radical in his time as any Punk pioneer.

Visit worldbookday.com to find out more.

What's your favourite music book? We'd love to hear your recommendations, share them with us via our social channels...