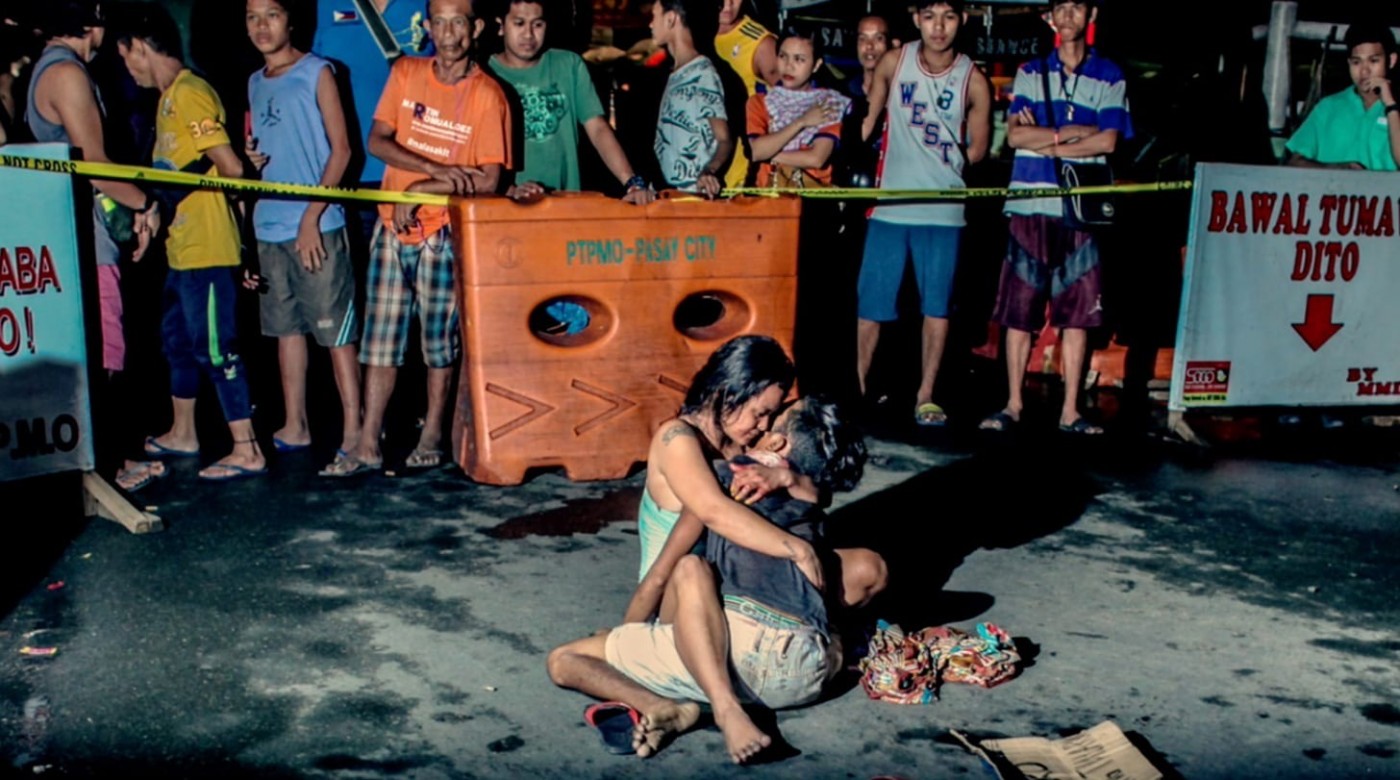 Our alumnus Tom Brown has had an exciting couple of months, not only joining ICMP's teaching faculty but seeing the documentary he scored, 'The Nightcrawlers', winning an Emmy Award.

The documentary is a hard-hitting portrayal of the drug wars in the Philippines and follows a variety of projects from Tom's varied portfolio career. Alongside film music and teaching, he's also working as a guitarist with soul artist Jocee and many more.

We caught up with him to learn more about his musical career and how he landed the gig of scoring 'The Nightcrawlers'...

What's led you to ICMP? And what are you hoping to get from your experiences with us?

I actually started at ICMP studying on the BMus Diploma and Degree so its come full circle. Teaching has always been a part of the many different endeavours that make up my music career, so I have been working my way up to one of the best institutes to do just that. In terms of aspirations, it's just to be part of a team/family that shares similar values working towards creating a continued positive environment.

Could you talk a little about your music career to date? How did you start off?

My next door neighbour brought me a beautiful electric guitar for my 13th birthday. I remember taking it on a family holiday even though I couldn’t play it, and just taking it out the case to look at it and hit a few open strings.

From then on I started lessons and slowly building up my musicality and technique throughout my school years before deciding to take it further and study it professionally. I did the rock thing for a number of years; playing and touring on the circuit. When that had run its course, I found my music taste had evolved and I wanted to stylistically play more soul, funk and R'n’B. At the same time, I wanted to forge a solo career where I could rely on myself and so my love for film and film music came to the fore.

Being a composer for film ticks all the boxes in terms of creativity, adaptability, focus and working as part of a team with other creatives from different perspectives. At the same I love working alone on specialist areas with music."

I love the challenge of translating emotive and descriptive language into musical ideas and all projects are different!

You studied music at masters level - how did this experience enhance your music making career? And what were the most important things you gleaned from music education?

Yep, I achieved a distinction in music for film and TV at Masters level. I always throw that one in there! I guess, looking back, for me it was about gaining experience and confidence. Like many, the self-doubt and self criticism really does like to make an appearance. I found that the opportunity to work on a variety of assignments/projects in different styles gave me an insight as to what to expect in a ‘real world’ scenario without the pressure. This also gave me the chance to hone my technical and compositional skills with purpose and highlight the areas I wanted to develop and the feedback/grades I received. 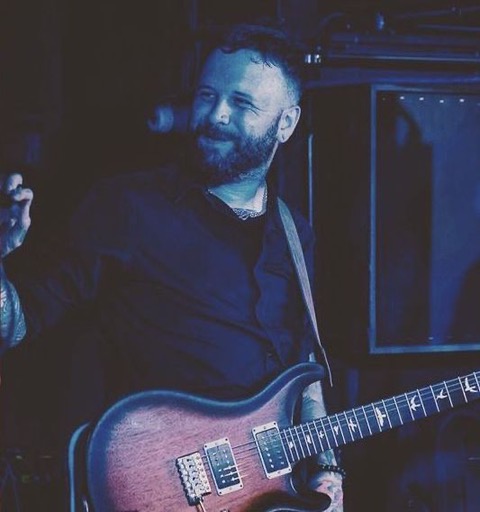 Congratulations on the Emmy win with 'The Nightcrawlers'. Could you talk a little about the film and how you became involved?

Thanks, it was a bit of a surprise to win especially since we were so close to the Oscars and BAFTAs this year but got pipped at the final hurdle.

The director, Alexander A. Mora, shot a lot of the footage himself, often putting himself in harm’s way; a truly brave man in his search for the truth. I became involved right at the start of the project [three years ago] meeting the producer Doireann Maddock through a mutual friend and we hit it off straight away. I went away and wrote some sketches after the three of us met up a few times to discuss the aesthetics, subject matter and tone of the film and it developed from there. It was a nice organic process and both storyline and music refined as more footage was captured. Because this is a documentary everything is based on real events so the process did include some waiting but we are all very proud of the end result.

In terms of the music, Manila has a very futuristic aesthetic so we wanted to capture the cyberpunk feel of the city but juxtaposed with the very real, organic, human aspects from the personal stories followed in the film. There are touching moments but plenty of sinister undertones too and because of the documentary context we wanted a subtle sound bed that would enhance but not intrude on the narrative. The soundtrack is out now on all platforms!

How do you approach working on a score for something like this? Do you have a method or process?

I may have answered some of this in the above but this project completed over about three years so it was much more of a longer process, which was actually very beneficial. It gave us time to revisit ideas and really marry everything together; musically with visuals but also all the other aspects of post-production including the edit itself, we had over 20 revisions of the edit. In terms of approach, I started writing sketches from visual stimuli [photos, stills, clips and some some visual sequences] to get an idea of tonality and texture amongst many other aspects. From there, I started to write some themes for characters and situations [although the theme for Raffy, our main protagonist, was the last thing I scored]. 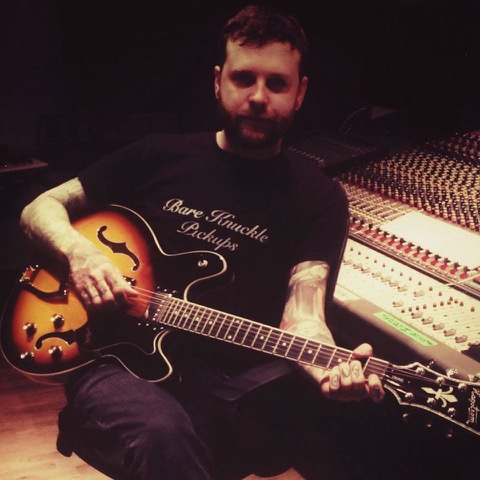 There was always a theme of juxtaposition throughout the project; organic vs futuristic, despair vs hope, light vs dark, human defiance and perseverance vs the consuming sinister undertones. So these were the aspects we wanted to convey in the music and visuals. I worked closely with Alexander and he often came to my studio to work on particularly cues to make sure we were creating the correct emotional impact. The final weeks were very important in creating a cohesion with all the music as well as making sure the timings were exactly spot on [i.e how the music enters and departs the scene]. We then went into a post production house for the final mixing stage.

In terms of getting work in this world, have you any tips on the best ways to approach music supervisors? How did you land your first opportunities as a composer?

This is a tricky one because you need something of a portfolio before approaching people. I’d always suggest finding student films/animations or offering services for free just to get that experience of working to picture. You could even re-score trailers [for both experience and as part of your resumé].

The most important thing is finding a project or two that are of high quality to inspire you and create the best work you can, subsequently leading to a better product for you to use for yourself.

Lots of projects are through who you know so studying in a place with friends that are contacts is a great way to do this, which leads on to my number one tip … always be nice and be reliable."

As evidence of all the above, at my masters I made links with the animation department and did a couple of free scores for some final dissertation pieces. I continued to work with an animator, which led onto some paid jobs including for the BBC.

Have you any advice for anyone wanting to get into composing music for sync?

Music for picture is a multi-layered discipline so I would say as well as being flexible, the main focus should always be on how you achieve an emotional reaction; essentially we are emotion translators [taking descriptive and emotional language from, usually, non-musos, and creating that into a musical work]. It's usually not about what the music is but what it does. Also, remember who the boss is; as composers we work for other people so be prepared to compromise on everything.

In terms of music set up, are there any instruments or pieces of gear you couldn't do without?

I can think of plenty! I guess going along with the theme of the two endeavours, in terms of guitar then apart from my main guitars and amps it would have to be a reverb pedal and tuner!

Studio/composer wise - everything [from sample libraries to monitors to random instruments]! You can never have too much stuff but I’m a big fan of the Novation Peak and Arturia Matrixbrute synth, which were used for all the cyberpunk sounds in 'The Nightcrawlers'.

Alongside ICMP, what other projects are keeping you busy?

ICMP is keeping me pretty busy at the moment, which is nice with the world situation at the moment but I'm also currently working on a new album for British soul artist Jocee, producing some really cool new music for Roisin Quinn and in talks about a new documentary… but that’s top secret.

Visit thomasebrown.co.uk for more information. Watch the trailer for 'The Nightcrawlers' below.

by Jim Ottewill
October 27, 2020
In the studio
Back to Blog Home