We quiz the Skunk Anansie legend on her career, OBE and singing for Nelson Mandela... 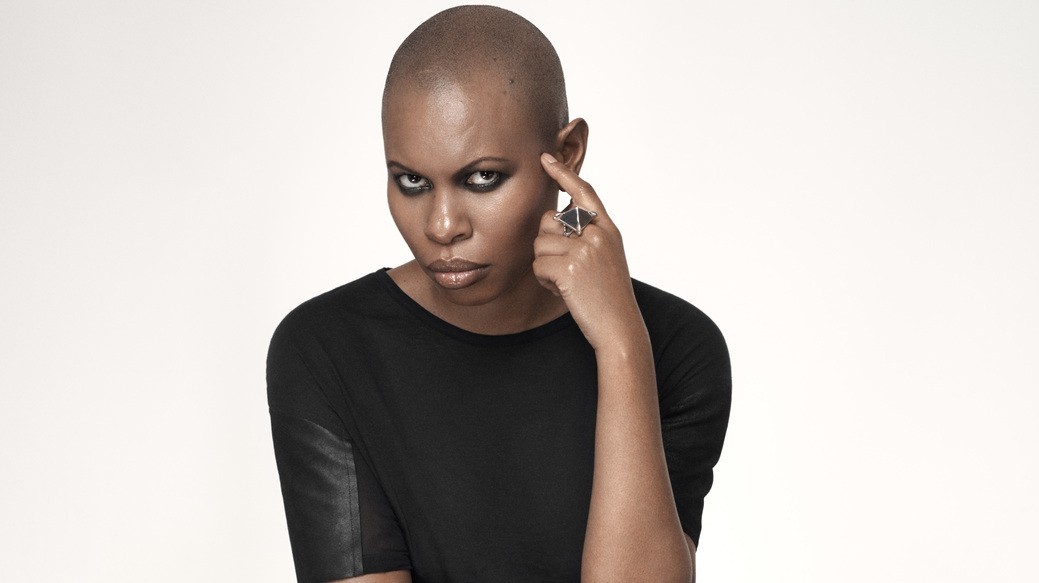 For more than 25 years Skin and her rock band Skunk Anansie have used their guitars to carve themselves a unique path through the music industry.

The group, featuring guitarist Ace, bass player Cass Lewis and drummer Mark Richardson, have released six well-received studio albums, enjoyed hit singles with the likes of 'Weak' and 'Hedonism'  and become one of rock's most popular and enduring live bands.

At times, it's been a hardly fought journey for the band who have stood musically vital in the face of a changing music business.

With frontwoman Skin recently receiving an OBE for services to music, we were lucky enough to catch up with her to learn more about her experiences in the industry. With ICMP connections via Ace and Vocals Tutor Erika Footman touring with the band, we quizzed Skin about her love of music education, what the award means and top tips for aspiring songwriters...

Congratulations on your OBE - how does it feel to receive it?

It was quite a shock to be asked if I wanted one, but I guess it’s a record of my achievements. For a long time I didn’t think I had done much but writing the book made me recognise how far I’d come and often under very adverse circumstances.

It wasn’t easy being the Black female lead singer of a rock band in the nineties when everyone wanted to talk about Britpop. Skunk Anansie have done a lot and inspired many people so I kind of get why they wanted to give it to me, especially when the band and myself have been under-recognised. It’s only in the last few years that people have gone - ‘Oh Skunk Anansie headlined Glastonbury’.

Hopefully it will offer a little bit of inspiration to people who look like me and want to do similar things. It gives out a very positive message to lots of Black kids who want to be in music - not just in reggae or R&B - we can and be a lot of different things.

You’ve done a great deal of work around music education - why do you think it is important in helping shape music makers and artists?

Our music industry is the best in the world and this is due to the diversity of sounds and musical cultures up and down the country. That is not being supported in schools or by the government - and it’s something you often need money to do - that’s not fair because having a musical education becomes so elitist. I’ve worked with so many scholarship providers as it gives people like me a chance to do what they dream of but otherwise wouldn’t be able to afford.

Even if you don’t decide to pursue music professionally, it’s really good for the soul, for your own creativity and discipline. You can take these lessons and apply them in whatever you choose to do."

Having humans that are creative is much better for society too, which is something that’s often overlooked and we’ve seen how sidelined music has been during Covid. Music colleges are a vital force within British culture that are doing jobs governments should be doing.

How has the conversation around diversity and inclusion in the industry evolved?

The Black Lives Matter movement has sparked something wonderful within society in the form of conversation and empathy. A lot of white people are now a lot more empathetic about what Black people go through on a daily basis. It’s a real shame that it took the death of George Floyd and the following riots amid this perfect storm of Covid for people to look at their behaviour, and society and see how racially biased it is against us.

But people are saying, well that must have been really hard in the nineties, look how hard it is now and yeah it was. It’s a good thing for people to appreciate what it is like to be Black in a world where everything is stacked against us from birth.

Before, corporations would never add Black people to their marketing and advertising as they thought their products would sell less. Now you see a lot more representation and it’s been great to see the changes. However, although these companies might have Black faces in their ads, they don’t have anyone Black in senior positions or as CEOs. Let’s not play the game of having diversity in ads without changing the companies and organisations themselves. But the change has come as society has been like a bottle neck - there’s been so much pressure on the cork from Brexit and Trump, that it eventually exploded out.

Do you have any songwriting advice?

There are three things - be patient as there is no quick way to being good. If you want to be great at the guitar, it will take you years of practice. There’s no fast way to being a great musician - you need to work.

You always need to have an emotional connection with your songs over style - we’re not robots, we are people so  you have to remember your lyrics touch people - and you do this via staying connected to who you are and what you want to say. Stay connected with what you’re singing and keep it emotional and soulful.

Is that the secret to the success of Skunk Anansie?

Yes we’re really silly together - we take the piss out of each other all the time, we really enjoy each other’s company.

When Skunk Anansie go on stage, you have that synergy and energy, we’ve always had a great vibe with each other when we play music, that’s what you need when you get a band together."

Are there any particular songs from your catalogue that are your favourites?

With every album, we’re always looking for that moment when you’re like ‘this is great’. Apart from the live show, the writing stage is always my favourite part of being in a band - you never know what might happen when you’re all in the room together.

The journey about making music is how you maintain that feeling and energy during the recording, mastering and mixing - you need to find the vibe and hold onto it. I love the whole process.

What have been the highlights of your career?

Singing for Nelson Mandela was a real moment - Stevie Wonder on keyboards, Michael Jackson on backing vocals and Nina Simone singing along - these are three legends. I sang on stage with Chaka Khan, then we supported David Bowie, I spent a lot of time with Lemmy from Motorhead as he was one of the few people in the industry who had zero time for bullshit.

If you get to spend time with these amazing artists, then it fills up your own cup of goodness and enables you to do some great stuff.

I’ve been working on lots of music and various demos.  The wonderful thing is that I can do it all myself on my computer with my little set up. I’ve been learning how to do this - a lot of artists have spent this time learning new skills and taking more control of their music - in some ways, the age of the big studio is beginning to be over if it isn’t already. It means a lot of artists are creating a lot of music on their computers themselves. When you’re in your room in your house, you have a lot more time to experiment and work new things out. In a big studio, this time costs you money so you only have a limited amount of time to record in there. I love how all these kids are making music, they can sit in their bedrooms, make mistakes and develop their sound. It’s an exciting time as all of these kids have been making music in their homes during Covid so I'm really looking forward to hearing what's going to come out next...

Watch the video to the band's latest single, 'This Means War', below: