We quiz Skunk Anansie guitarist Ace on his inspirational music career and new role with ICMP... 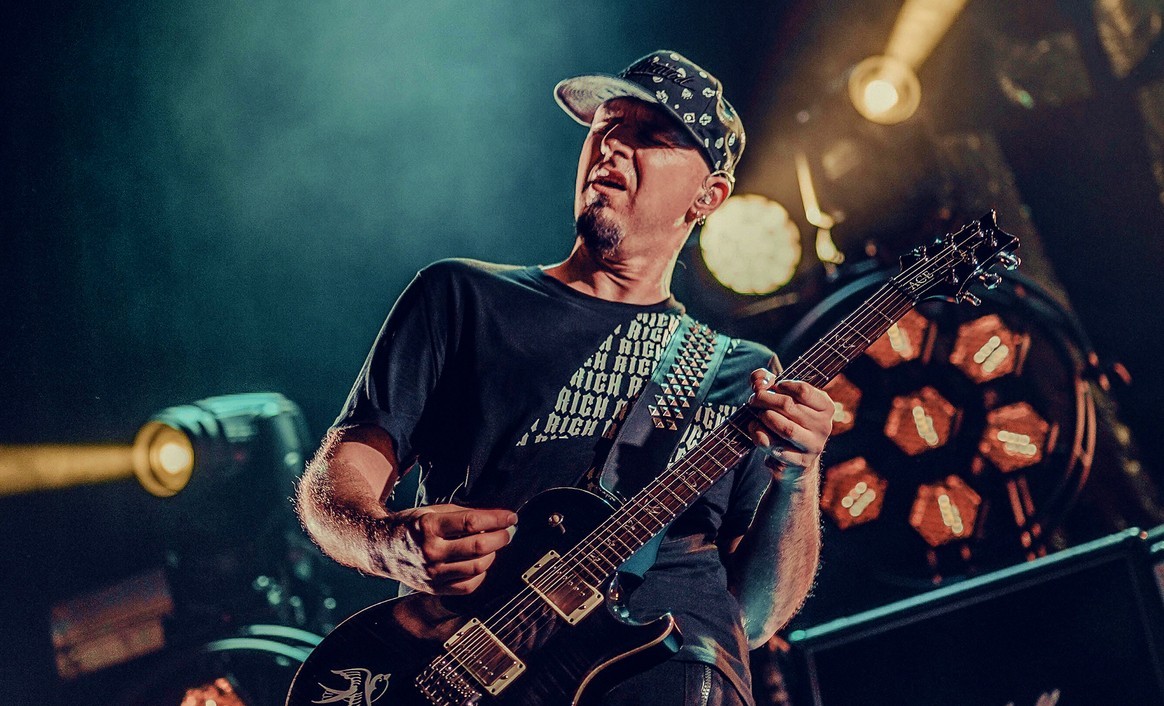 Legendary guitarist Ace is one of the most distinctive players in contemporary British rock and founding member of the brilliant Skunk Anansie.

The group, featuring singer Skin, bassist Cass Lewis and drummer Mark Richardson, have been at the top of their game since the nineties, releasing classic records such as 'Paranoid & Sunburnt' and 'Black Traffic' as well as performing on stages around the world.

We caught up with Ace to learn more about this new role, his career with Skunk Anansie and advice for aspiring players...

Congratulations on your new post at ICMP - what will be keeping you busy?

Thanks, it’s a very wide and busy role! I’ve been working on the online courses, helping with the content and connecting ICMP with sponsors and industry partners. I’m doing the same for the short and industry courses and supporting the events team with guests and the design of their events too.

I’ll also be helping ICMP forge deeper bonds with schools around the world, helping to share content and showcasing our students to other colleges.

At the heart of it, I’m a great collaborator and love connecting people. I’ve got a fantastic network and reputation but I’ve got an eye for making these collabs happen too.

Have you always been a great communicator and collaborator?

Definitely, it’s always been about seeing possibilities and how you can get the most out of a situation - and it’s been like that for me since the first day of playing guitar - seeing the right people I could be in a band with, finding the right place we could record and rehearse, finding the right producers and musicians.

Getting on with people is key too, as is learning the art of compromise. I’ve always found that those who can’t work on ideas together never get anywhere. If you can get on with people and make things work as a team, then you’ll do well."

What are your top tips for fledgling players?

The next thing is you need to combine three elements: talent, drive and focus.

To start with, focus on your instrument and get good at what you do. Learn your chops and be as good as you can be.

Then you need to have drive. When you get up in the morning, you need the passion to do this all the time. But on its own drive isn’t enough - you need focus too so you can expand your career.

As an artist, when you’ve learned your chops, you’ve got the drive to do this all the time, you need the focus to know where you’re going next. I’m going to play a bar as I want to play a club, then a concert hall, then an arena and beyond. If you’re a player or a business person, you start here and use your focus to drive your career forward.

I’ve seen certain elements in people throughout my career - but without all three, then they are going to struggle to push them all through. 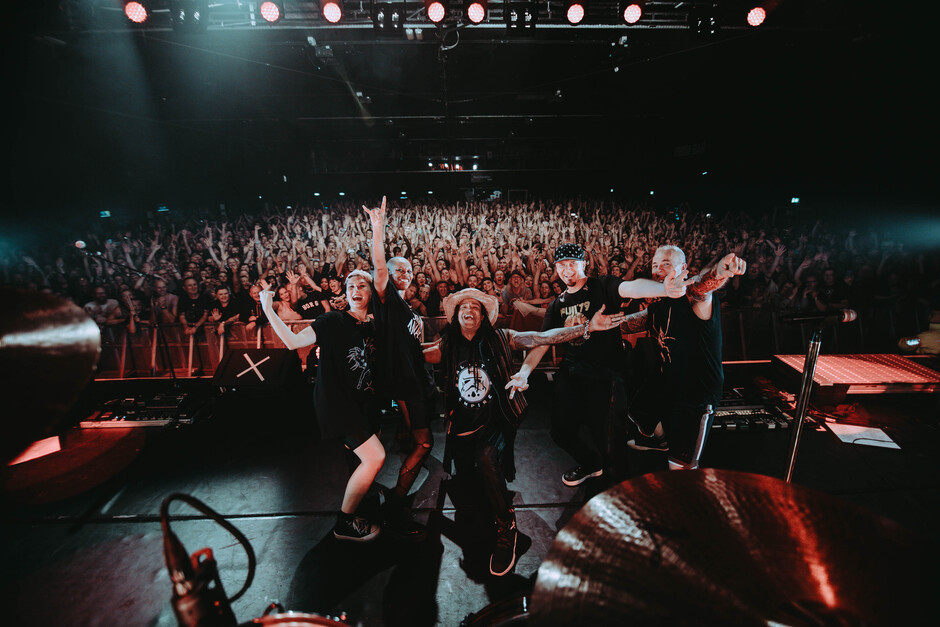 Is this something you’ve learned through your experiences?

I didn't know everything at the beginning - but you learn to navigate as you go. I was nuts on the guitar when I started and I still am. I’d play all day, everyday, all night and got really good on it pretty quickly. I wanted to play shows, I wanted to rehearse, that was my drive. From the day I was 12 when I saw Motorhead live on stage, I was like I’m going to do that and tour the world - so there was my focus. But yes I made a lot of mistakes and navigated my way through. Everything you do, all the mistakes really inform you and where you end up.

Let’s talk about Skunk Anansie. What is the secret to your longevity and success?

Getting along on a tour bus is pretty important. Learning how to live together and compromise and be really good friends. That’s crucial and that’s the glue.

We were successful quickly as we were unique. It’s a cliche to say but you are the best at doing you. And when we first came out, we looked different, sounded different to anyone else, offered a different worldview to everyone else too.

Everyone told us we’d never get signed as we were too heavy - we said, we don’t care, this is the music we like, maybe we’ll go to America, they’ll appreciate us there. But we’re going to do what we’re going to do. Then everyone got bored of signing Britpop acts, looked for something different and that was us. We were literally signed within a month of us actually starting. It was super quick. Skin was radical, this bisexual black woman in the early nineties with a skinhead guitarist. It wasn’t shocking but thought-provoking - we were daring enough with the music to say what we thought. We had great songs, a strong look and we’d rehearsed loads so we were the full package really. After that, it’s super hard work - you tour, record, do the press - and don’t stop for a long time. 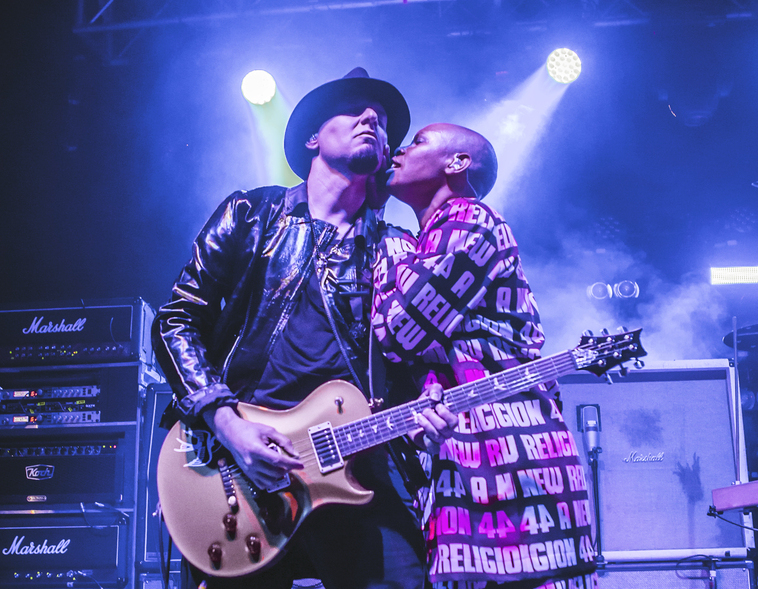 There must be so many career highlights - are there any you can pick out?

Glastonbury was a big gig [Skunk Anansie headlined the festival in 1999] but a childhood dream too, it’s an aspiration for all musicians. Playing for Nelson Mandela’s 80th birthday was an unbelievable honour - it was us, Stevie Wonder, Chaka Khan, all these superstars. We played for the Dalai Lama too where Pavarotti sang with us. That was a big event too.

The best thing is we haven’t run out of highlights - they’re still coming. Performing at the Poland Rocks Festival was crazy, the crowd was something like 700,000 people. Headlining that on the Saturday night, I’ve never felt more shaky going on stage, it was ultra nerve-wracking but I’ll probably never feel that nervous again as I’ll never do a gig of that size. But that was amazing. Then we've made records with some super cool people too.

Have you any favourite records?

I did a collaboration with Chris Cornell, I love him and his voice. We made songs with Bastille and Rag’n’Bone Man recently which have been good.

One of my all-time favourite collaborations was with Tony Iommi from Black Sabbath. Just being in a room with him making a record was unreal. After we’d finished recording, he gave me a cross the same as his with my name cut into it. It’s one of my most prized possessions."

Now you're operating as an indie band after plenty of label deals. How does it feel to be working like this?

It is exciting - if you work for a company all your life and you get all these skills and experiences, then you decide you want to start your own business, that’s what it’s like. We did 20+ years of labels and record deals, got all the experience and contacts, then decided we’d take it on ourselves. So no more big advances or deals but we’ve sorted distribution, got our own team of people around us and we can release whenever we want. It’s our business so we get all the profits straight to us,we do licensing and distribution deals. This could never have happened without all the training and the knowledge we picked up from being signed to the different labels. We’re indie now so we can do what we want. And we’ve got our own studio so can cut our own demos.

Have you a favourite instrument?

For my 50th birthday I got PRS in the US to hand make me a custom shop guitar - so with my preferred neck thickness to the 1950s wire in the pick ups. It’s was modelled on a 1950s gold top. It even had 'Happy Birthday Ace' written by the PRS private stock team. It’s custom made, so it feels and plays amazingly - it sounds like the greats that I love. It’s my utter pride and joy and I play it everyday. I love it.