We learn what it's like to play bass with boy bands, new artist JP Cooper and more... 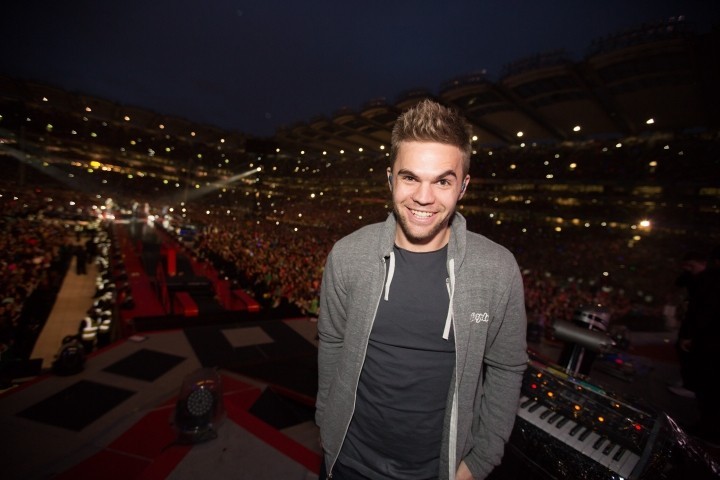 As One Direction bass player, ICMP bass degree alumni Sandy Beales became one of the most famous live players in pop music.

How did he get the coveted job? Well following a stint spent studying a bass degree at ICMP London (when we were known as BassTech), Sandy landed the gig via an audition for what was initially only going to be a UK tour. But fate had a different ... well direction intended for the band. Their music exploded and the rest is history.

After four and a half years of Beatles-esque mayhem, Harry, Liam, Niall, Louis and Zayn have embarked on solo careers but Sandy’s reputation as a great player and professional is well known and has seen him recently touring with new star JP Cooper. JP has other ICMP connections in the form of co-writing with our tutor Adriano Buffone.

We caught up with Sandy to find out more about his experiences with the biggest boyband on the planet, JP Cooper and his advice for new bass players…

How did you begin your musical career?

I began playing bass when I was 15 and immediately knew it was what I wanted to do for a career. Early on my big influences were Flea and Dirk Lance, because of their in-your-face infectious grooves. I loved that the role of the bass in the Chilli Peppers and Incubus wasn’t just a background supporting instrument. Instead it was an integral part of the sound. It made me want to pick my bass up and play all the time.

What were your first gigs as a professional musician?

I started off performing small UK and European tours for singer songwriters and solo artists, I had a lot of fun, the classic splitter vans across Europe with everyone crammed in with the gear. It’s the best way to cut your teeth and pay your dues as a musician. A great learning curve.

How did the One Direction gig come about? And what was it like playing with such a staggeringly successful group?

I auditioned for One Direction in 2011 after being put forward by a friend. At first it was only going to be a UK tour, but then it all absolutely blew up, and became the most amazing experience for four and a half years."

You're now working with break through UK star JP Cooper - how did you get this gig? And what have your experiences on this tour been like so far?

I actually got the gig through Jon Shone, who is JP’s MD and was also the MD for One Direction.

I always encourage people to do a good job all the time, give 100% to every performance. Making contacts and being called back is such an important aspect of being a session musician. So far it’s been great to work with JP, he is a serious talent.

You obviously studied a bass degree at ICMP (in an earlier incarnation as Bass Tech) - what did you learn from your experiences in music education?

I studied at Bass Tech quite a few years ago now. But I learned a lot of important skills, mainly how to be an all rounded session player, but also the importance of building your network.

Are there any do's and don'ts when it comes to work as a live session player?

Do a good job, always, don’t be late, ever. I would say those are definitely the main ones.

What is the secret to being a successful session player?

You need to be professional, proficient on your instrument, have great gear, be versatile and willing to adapt to any situation."

Have you got any pre-gig routines or habits?

No, although I do try and eat well on show days.

How do you prepare to go on tour for some time? For any musicians new to this, do you have any advice or guidance?

I would say just think ahead, have a checklist in your head of things you need to take. There is a lot of “down time” when you are touring, so take things to occupy your time.

It’s been great to see JP grow and progress in the short space of time I have been with him, so next year I imagine there will be a lot more progress.

Fancy studying bass in London with us?

If you're interested in taking a bass degree course at ICMP London music school, then please get in touch with our Admissions Team. Contact them by calling 020 7328 0222 or emailing enquiries@icmp.ac.uk.

by Jim Ottewill
November 15, 2017
On the stage
Back to Blog Home