Our BA Songwriting alumna tells all on rediscovering her creative self on her latest EP... 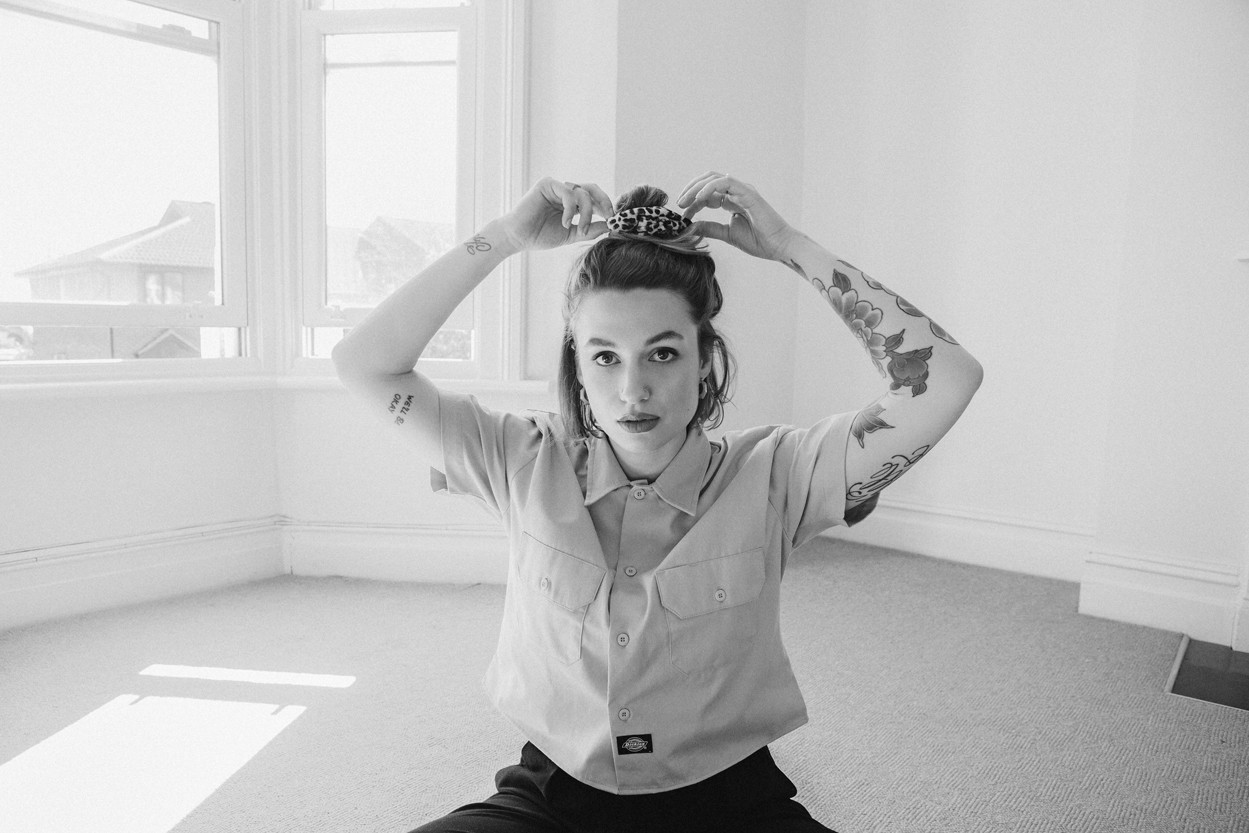 Our BA Songwriting alumna KAHLLA aka Freya Volk is eyeing up a busy few months with the release of new songs and a headline show in London.

Freya's new release, the 'Sense of Self' EP,  focuses on a period of creative resetting and renewed focus on her music making. And this has paid off, with the singer songwriter creating great dream pop, combining her classical music background with a more contemporary musical sheen.

Check out our new interview with her below and listen to Freya's recent playlist on our blog exploring the concept of 'identity'...

How did you start off in music? Was there a song or artist who began it all for you?

I received classical piano lessons from when I was five, so that was really my introduction into the music world.

My parents played a lot of classical music and my sisters listened to a lot of noughties R'n'B and hip hop. Music was always something I loved but I think the first time I really thought I might want to make it my profession was when I was 12 and I bought the 'Riot!' album by Paramore.

Who do you look to for inspiration/influence?

Anywhere! I take a lot of influence from different genres and people. My music now is a mixture of the things I grew up with I think. Emo had a huge influence on me as a teenager, bands like Jimmy Eat World, Paramore, Deaf Havana and American Football were my world then and I still love them dearly now.

These emo bands introduced me to an alternative way of portraying emotions in songs that you didn't necessarily hear in the charts, but felt so real and genuine to me. I think that spirit defines my music a lot."

What led you to ICMP? And how did you find your time studying with us?

I was living in Richmond working as an au pair and wanted to stay in London once my gap year had finished. I liked the idea of studying songwriting as opposed to vocals because it seemed more versatile and closer to what I wanted to do. I think ICMP was the only music uni offering a songwriting degree at the time, so I applied and joined the course. I had a really good time at uni! I found the production and composition lessons the most helpful and interesting. But I think the most important thing you can do while studying is to meet and talk to everyone.

I usually start with lyrics as they come the most naturally, but I'm trying to switch it up at the moment and take some different approaches. Lately I've been trying to start with beats which has been helpful. I am also constantly jotting down ideas or recording melodies into my phone, so if I have a dry spell idea-wise I can come back to my voice memos.

How did you link up with ICMP tutor Paul Stanborough?

Paul taught my production module in my second year which I've found very useful because before then Logic, or even the idea of producing at all, felt very technical and unattainable to me. Maybe even more so as a girl. Learning how to be able to translate what I was hearing in my head into actual sounds was very liberating. After I'd left uni I released an EP through business tutor Yannis' label The Sound of Everything and he put Paul and I in the studio.

Your new EP is about rediscovering your creative self. Could you talk a little about this transition with your music. What led you to this point?

The 'Sense of Self' EP was written about a bit of a weird time in my life when I was very unsure of who I was or where I was headed.

I got a job at a record label straight out of uni and worked there for about a year. Although it was a good job and I love the people I worked with, it was super intense and left me no time for music, which really stressed me out and made me unhappy. I felt like I had done the 'right thing' i.e. getting a corporate job, climbing the ladder, and that I should be happy, but I wasn't. I became so stressed that my mental health totally shut down and I was basically living in survival mode, not taking anything in but just living from day-to-day. I had no sense of who I was or what I wanted, if I even wanted to still make music. It got to a point where something had to give. It was a really hard decision but I quit my job to focus on music. I have different battles to fight now but I slowly feel like myself again and the over achiever in my head telling me I shouldn't have quit my job is a little quieter now.

What’s the best way of promoting your music? Have you any tips?

It sounds very basic but for me it's quality, consistency and community.

I think it's very easy to focus on the business side of things and forget that your songs are your currency (I have definitely been guilty of this). They need to be the absolute best they can be, so take your time."

Release and post consistently. Every Sunday, sit down and plan your social media schedule for the week ahead. Have you a friend who's really good at social media? Ask them for help with your profiles. Find unique ways to connect with your followers and potential fans. DM them directly when your new single comes out, send them free handmade merch, take a genuine interest in them. That stuff can never be replicated and people really do appreciate it.

I think the most useful thing for me lately has been to not judge a song or idea until I've finished it (which is hard!). The important thing is finishing something. Whether that thing is good or not or whether you'll end up using it is secondary. I'm not sure who gave me that advice, it's more of a creative principle I guess! There is an entire book about it called 'Big Magic' by Elizabeth Gilbert.

What does the future have in store? Have you any upcoming gigs or releases planned?

My EP Sense of Self is coming out on 20th March. I'm also headlining Servant Jazz Quarters on 7th April! After that the plan is to gig through summer and write loads of songs to release in autumn.

Listen to tracks from the EP here and visit facebook.com/kahllamusic to find out more.

by Jim Ottewill
March 16, 2020
Creators
Back to Blog Home