Listen to the latest Selector playlist from our BA Songwriting alumna, KAHLLA... 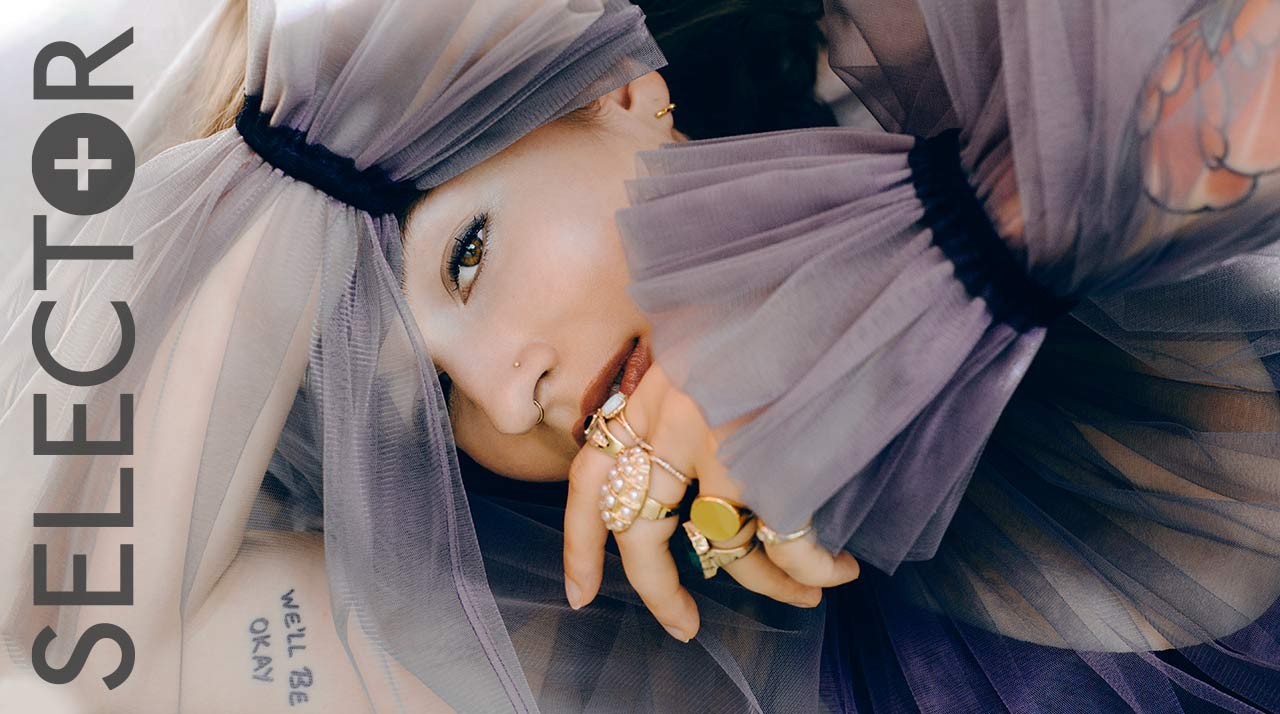 KAHLLA aka as ICMP's BA Songwriting alumna Freya Volk is behind our latest Selector playlist, this time inspired by the concept of 'identity'.

After completing her studies with us, Freya's musical creativity stuttered as she lost sense of where her songs were heading. After taking time to readjust, she's returned to the musical fray stronger than ever with her debut EP, 'Sense of Self' due for release this month.

Ahead of its release, we asked Freya to compile our latest playlist, this time around the concept of 'identity' and the central theme of her forthcoming release. Listen now... ​

Shameless plug to start us off. This is the title track from my upcoming EP 'Sense of Self' (out on 20th March). 'Sense of Self' as I was coming out of a strange time in my life where I felt this big lack of purpose and direction, and uncertainty of who I was, what I liked and wanted. It was pretty scary! I had the title in mind first, then wrote the track around that. This song kind of set the tone for a new era for my music so it's very dear to me.

I've been a massive fan of Lapsley since the release of her excellent debut album in 2016. I really respect how uncompromising she is in implementing her vision, especially as a woman singer/songwriter/producer. This song speaks to me because it portraits a sentiment that I think a lot of people, including myself, can relate to - being a competent and joyful teenager with a sense of direction, then loosing that as an adult and asking yourself what happened.

This is just a really beautiful ode to the piano (both Sampha's and my instrument of choice) and Sampha's family. I love the production on this. The piano is ever so slightly out of tempo and they didn't fix it. It makes it sound so much more warm and human.

I cannot make a playlist without including my all time favourite band Jimmy Eat World. This is from their tenth (!!!) LP 'Surviving'. This song really gets me pumped and thinking positively, ready to change things for the better. I especially love the opening lyrics: 'Don't hide your face/what you were before/it doesn't have to be you anymore'. So simple but so true!

I highly recommend you see this band live - absolutely visceral power and emotion (I cried). This song had me stopping in my tracks when I first heard it. I love how it manages to portray pain and resilience at the same time: 'I pulled up my own roots/tore each fibre from the compost/for fear of stagnation'. Po-wer-ful.

This song to me embodies a kind of resilience and determination to self-preserve, especially considering Fiona Apple wrote it about being a rape survivor. I love the instrumentation with the xylophone/vibraphone.

The songwriting on this album is amazing and I highly recommend you check it out. This is a beautiful ode to home, everything and everyone that's made us who we are.

This beautiful break up song talks about how hard it can be to find yourself when your life has been tangled up with someone else's for a long time. This is definitely a 'shout and cry along in your knickers while eating a pint of ice cream' - kind of vibe. The rapp-y middle eight is so sick! ​

I have big respect for Halsey as an artist. I think it's amazing how she writes this very personal song and makes it a big pop banger without it being sterile. The production is amazing. In short, this song makes me feel badass.

GIRLI: 'Not that Girl'

I love how GIRLI tackles stupid stereotypes and misconceptions with a sense of humour and sarcasm and packs them into these insanely catchy jams. I have massive respect for her as a DIY artist that totally hammers home her vision and ethics. We need more GIRLIs.

I met George at a gig we both played a few months ago. This is his debut single and what a banger of a debut it is! I love the innovative production, the bold attitude. I can also really relate to the lyrics. Don't sleep on him!

Visit kahllamusic.com to find out more. Her new 'Sense of Self' EP will be released on 20th March.