Our Grammy Award winning music production tutor tells all on his tips for success, working with Kanye West and more... 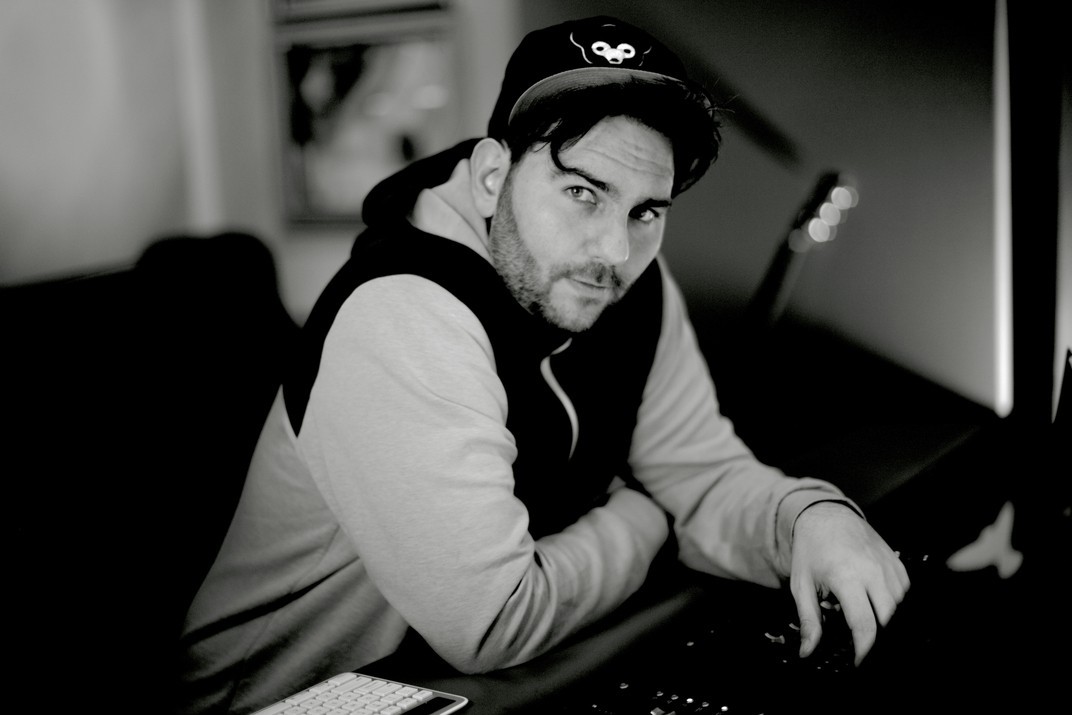 From running his own Coda Room Audio studios in Chicago to winning a Grammy Award with gospel group, The Clark Sisters, the career of our new MA Creative Music Production tutor James Auwarter has been full of highlights.

With so much experience under his belt, James is well-placed to help steer our students on their musical journeys and help them take their careers to the next level.

In our new interview, we catch up with James to uncover his musical roots, how he set up his own studio venture and essential tips for success...

In third grade my parents made all of us kids play an instrument at school. I chose the trumpet. I wasn't very good, nor did I enjoy it very much. However, I’m glad that I was forced to stick with it, as it taught me to read music, understand melody versus harmony, and grasp a good amount of music theory that is at the foundation of my career even now.

I eventually started playing guitar as a teenager. Before even learning to play, I dreamed of being in a band (shout out to the original band mate, Robb Hoogsteden!). Eventually my band decided to record a CD, and experiencing that process opened my eyes to a field that I knew I had to be in. As far as who first inspired me to get into music, in hindsight, my dad had been in a band as a drummer when he was younger and had a huge passion for music (owning several hundred vinyl records). He was also interested in high-end speakers/sound systems.

Has there been a breakthrough moment or record you've worked on?

I was very lucky to have my very first day of being head staff engineer coincide with the first day that Hinge Studios began working on Kanye West's 'Late Registration'. That release most definitely changed the career trajectory of both Hinge owner Craig Bauer and myself.

Have you a way into each creative project? How do you approach working with a new artist or band?

Each project is different, of course, but clear communication is always crucial.

I’m always aiming to get on the same page with the client as soon as possible. It’s important for all parties to understand the sonic and creative goal(s), the process, and the business arrangement, before diving in."

Have you any projects that you're particularly proud of?

I’ve always said that Lupe Fiasco’s 'Food & Liquor' is my personal favorite album that I’ve been a part of it.

However, on a less-mainstream scale, I’m still very proud of ZVERSE’s 'Immortal' album, and a mostly-unreleased Milano project. Everyone should check out that ZVERSE album (it’s great from start to finish), as well as one specific song Milano did release called 'Whatever Happens, Happens'.

Congratulations on the Grammy Award - what did this mean to you and your career? And did you think when you were working on the project that this was something really special?

Thanks! I’ve been credited on 32 Grammy nominations, across a number of genres…but from which I have garnered only one actual Grammy statue. One for 32, haha.

Being a Grammy Award winner is an absolute honour though, and I still feel both lucky and humbled to have been recognized for all the hard work. The statue was for a gospel album with The Clark Sisters produced by Donald Lawrence. Donald is so incredibly good at what he does, it was indeed special working alongside him, and I’m proud of all the work we did together back in Chicago (many of these projects went on to be nominated for Grammys).

I'm interested to hear how you work when it comes to an artist such as Kanye West or Rihanna - how did you end up working with these artists? What have you learned from these kinds of experiences?

I worked with Kanye off and on for several years back when he was still coming through Chicago a lot.

Overall I owe a lot to Kanye, as the recognition I received from working with him really made my career. They were always hectic times, but undoubtedly worth it in the end."

With Rihanna, well, I only very briefly got to work with her while she was passing through on tour. She’s very professional, and her and her producers are all extremely talented. Although multiple songs were worked on, only one made the album in the end. I played my small engineering role, and enjoyed the vibe. To this day, it was the easiest platinum record that I’ve earned, haha.

But, given how gruelling it was to complete other notable (or worse, not-so-notable projects), this was a nice change of pace indeed! I learned a lot from these experiences, no doubt, but to specify just one thing: Time is money, in the truest of terms, when working with superstars … so you better be quick and good at what you do! (*and do not be starstruck!).

Have you any advice for aspiring producers or engineers?

Stay humble. Stay hungry. There is ALWAYS someone better than you. I’m still learning every day.

Do you have any words of wisdom for bands about to enter the studio with a producer for the first time?

Be prepared! Rehearse, and ideally demo record, the songs as much as you can beforehand. Communicate clearly! And it is 100 percent okay to discuss reference tracks for different aspects within a song/album.

Alongside ICMP, what does your musical future have in store?

My studio Coda Room Audio is still rockin' back in Chicago. I’ve got three very talented guys running the day to day things (thanks, Castle, Brandon, Mike!), and everything is going great there.

Pre-pandemic, the idea was to open a similar sized public studio here in London, but these plans have been pushed back somewhat indefinitely. I’m now in no rush for a public studio of mine in London until the perfect situation arises.

For the past two years, I have primarily mixed and mastered from home, and while not 100 percent ideal, the results have been great, and the flexibility it allows me is pretty awesome. I can of course freelance out of any outside studio, and for recording sessions this way is fine. I’m actively working with clients from all around the world, and I’m just focused on delivering the same world-class results. I also enjoy teaching one day a week, and intend to continue doing this for the foreseeable future. Beyond all this, I have no idea what my musical journey will entail next, but I am excited for the ride!

by Jim Ottewill
February 23, 2022
ICMP Life
Back to Blog Home