We catch up with our Music Production student to learn about his latest commissions and release, 'Bloodlines'... 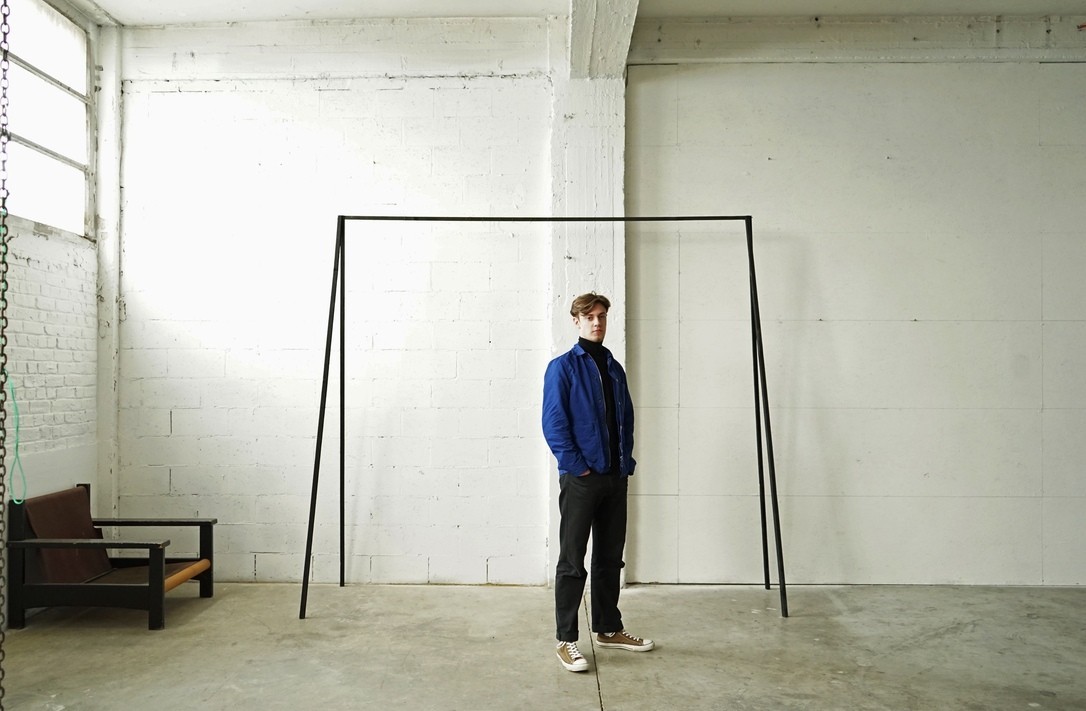 ICMP Music Production student Jaan Hantson has been busy during recent weeks, working across a range of exciting, different projects.

From his new track 'Bloodlines' to contributing to the Line of Light Festival celebrating the extension of London's Northern Line, he's more than comfortable applying his skills to multiple creative settings.

Here, we catch up with him to learn more about his time with us and the dizzying array of musical endeavours he's immersed himself in...

Could you talk about what led you to ICMP? How did you end up studying with us?

The internet. ICMP was one of the first institutes I came across while looking for degrees in music production in London.

After coming to an open day in August 2019, I was pretty much sold. I loved the idea of finally being able to be in a professional studio every day, learning how to use it to the best of my abilities, and using it for my own music.

What's been the most important thing you've learned since you joined us?

In terms of technical stuff? Probably getting to know the recording desk. Getting to know how and which signals flow through it was intense but is making sense.

Another thing I have really learned is just to ask for help. I’m a rather shy person, so going up to someone and asking for their guidance is quite a mountain to climb.

When surrounded by people who all have a shared love for music as at ICMP, asking for help barely feels like asking for help. It’s more like finding a solution together."

Besides that, I have also discovered that I love creating music to a moving image. I'd like to work on soundtracks for advertisements and hopefully movies as well in the future.

I'm interested in some of the work you've done as a composer for Canon. What was this and how did you get the gig?

Last July, Belgium experienced one of the most devastating floods in its history. The material damage caused by this deluge was enormous: houses, cars, furniture… but also photos were damaged. These 'damaged' photos do not represent a lot of financial value, but their emotional value is enormous.

With the support of Canon, the 'ReStory' project aims to restore as many photos as possible. It's been described as "a small but valuable contribution to the emotional recovery of the region".

The advertising agency Happiness Brussels contacted me, asking if I would like to make the soundtrack for the mini documentary/campaign. I absolutely loved the beautiful gesture by Canon so of course I said yes!

The experience was great. I have already worked with Happiness multiple times so I know the people there. The communication and cooperation with the director was a lot of fun!

You've also recently worked on the Line of Light Festival - how did you get involved with the project?

I had a class with ICMP tutor Sam Jones, where I let him listen to the short documentary soundtrack I'd worked  on for Canon. He really liked it and asked me how busy I was that week.

He then sent me all the soundtracks for the Line of Light Festival, together with a very clear brief. I had the freedom to listen to all the tracks and then suggest where and how I would fill them up with more sounds to make them more interesting and engaging.

Could you talk a little about your new track 'Bloodlines'? What is the song about?

'Bloodlines' is a song I made together with my cousin. In the beginning of March 2021, we decided to meet up, brainstorm a little bit and see where the music could take us.

Surprisingly, the majority of the song had been created in that first afternoon of brainstorming. After that, we met up a couple times more throughout the following months. Since she is based in Antwerp, Belgium and I study in London, that wasn’t always easy. But we made it work. And now the song is out for everybody to listen to!

'Bloodlines' is all about the connection between us. The special, strong, yet fragile bond we have as family members."

So, I obviously have my own music that I’m always working on. But I have a song coming out with a very good friend of mine in the near future. I am also waiting for a green light to start making the soundtrack of something I cannot yet talk about. But very exciting! Next to that, I am also producing the EP of Blanca, a lovely singer from ICMP.

Listen to 'Bloodlines' below:

by Jim Ottewill
November 29, 2021
Creators
Back to Blog Home