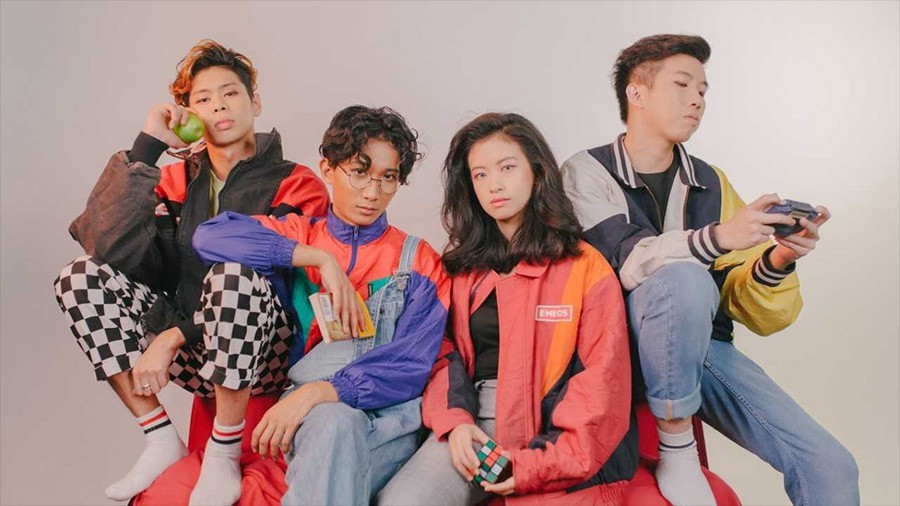 Singapore’s Disco Hue have one foot in the past and another pointing towards the future with their synth-infused indie sound.

Featuring our BA Creative Musicianship student Rush Ang on guitar, 2018 is shaping up to be an exciting year for the band. Represented by Warner Music Singapore, they have plenty of new music lined up, including their killer new single, ‘Can’t Be Mine’.

We met Rush to find out more about how his time in London has helped shape him as a music maker and what the future has in store for the band...

There wasn’t really a certain person or record that kicked it off for me. I was mainly influenced by movies that I watched while growing up, films like ‘Back To The Future’ and ‘The Breakfast Club’.

I picked up the guitar because I just really loved the sound of it, especially in funk. It’s such an important part of funk, playing a big rhythmic part in most songs. Jimi Hendrix also influenced me hugely when it came to the guitar. There’s no one else who played like him. I also love eighties synth-pop and new wave, where a lot of music has so much quirky, weird and great synthesizer sounds.

As an international student, what drew you to study at ICMP?

I first heard of ICMP through the band Daughter. I am really a big fan of their music and songwriting. So I did a bit of research and found the whole band met at ICMP! Another huge part of it was the city of London itself. I really love it as a place to live, explore and work.

London is so vibrant with a huge mix of people from around the world. I visited twice before coming to ICMP, and I just fell in love with the city and the people. That’s when I knew I had to come here to further my education."

What has been the biggest surprise about studying in London?

The style of teaching in London: it’s very open. The tutors don’t speak at you, it’s more collaborative. In my experience, the tutors really want to know your thought processes and why you believe in a certain thing. Also, ICMP tutors have so much experience. They really love teaching and helping students become artists in their own right.

How did you prepare to spend time studying music at ICMP?

Loads of planning. Travelling back home is such a long journey (it's a 13 hour flight) so I really have to plan out my whole year in advance. I’m on Skype a lot. At the same time, the timetable means I’m able to do my school work alongside other projects.

Could you explain a little about the various projects you're working on?

I mainly help produce, mix and do a little songwriting if need be for different artists. But mostly producing. I am working on a few projects with my fellow BACM classmates Adriano Desire (Adriano Murgia), Noam Frank and TATTI (Taehee Kwon). Check them out. I’m also writing and producing with my band Disco Hue for our next album… 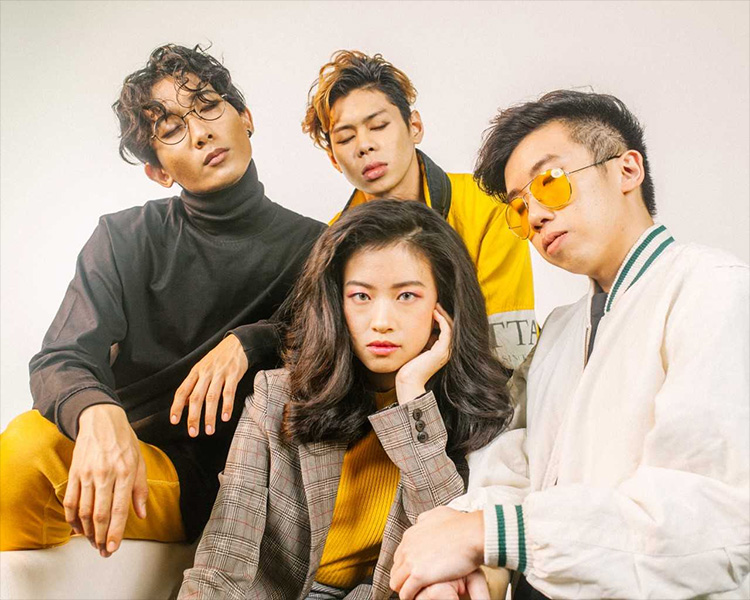 How did Disco Hue get together?

Back home in Singapore, we were all doing a diploma in Music Technology. Zie (synths) already had the band started out, and they lost their guitarist and Billy (drums) roped me in. And we’ve stuck with each other since then. We only found Sherlyn (vocals) four years ago, we lost our old singer as she didn’t want to continue doing music. And we found Sherlyn on Vine (RIP Vine!). She was doing covers on there. We really liked her voice so we called her down to have a jam with us and the rest just fell into place. We’re now gearing up for our album due out next year which is going to start with our first single ‘Can’t Be Mine’  that we’ve just released…

How has your time at ICMP helped you develop as a musician/artist?

It has definitely pushed me more than I would ever thought of. BACM is such a great place to find your own voice.

There were so many times where I had to think out of the box and be more creative. BACM forces you to collaborate so much, and it’s very interesting to see how people create and express themselves."

You get to learn so much from working with different types of people.

What's the best piece of advice you've been given since about your music industry career?

My brother gave me this advice (he’s a drummer and working musician as well). You’ve got to keep working hard at your craft no matter what, because someone out there is always going to be better than you. It means you can’t get big headed at all, so keep your head down and keep hustling!

Find out more at facebook.com/discohue