Our BA in Creative Musicianship alumnus tells the secrets behind his Ivor Novello success... 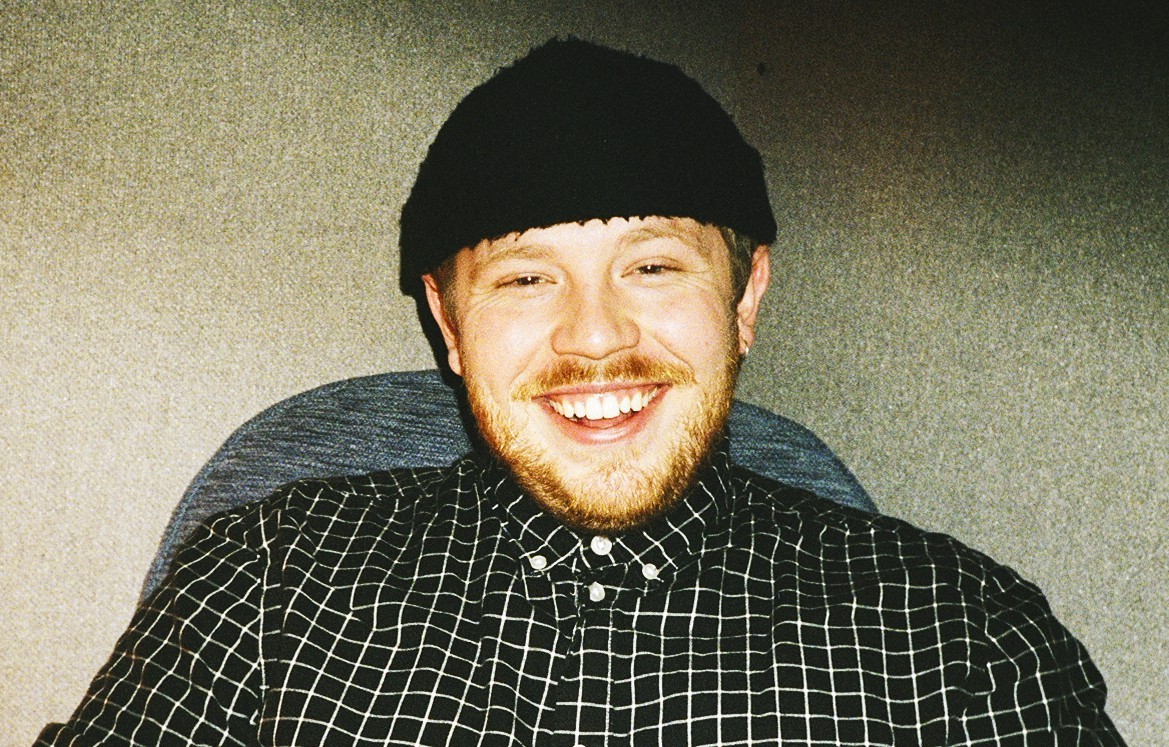 Originally from Huddersfield, Barney came to London to study with us before heading out into the industry to work with various emerging artists.

Recent production and songwriting credits have included projects with Giggs, Joy Crookes, Steam Down and Obongjayar was with the latter where Barney won his first Ivor Novello Award for Best Song Musically & Lyrically for their track, 'God’s Own Children' .

Here, Barney tells us about his time with us and his tips for songwriting success...

I wanted to study a course where it was open and creative. I had been writing music for a while by this point and was getting into the whole production side of things.

ICMP was offering this BA Creative Musicianship course and it seemed like this could offer me what I wanted. It was also in London which is where I decided I wanted to be too.

What music had you worked on prior to joining ICMP?

I had put together this album with lots of musicians which I wrote on Sibelius and programmed on Logic. I did it as a 10 track album in about five days in the studio. I'm very proud of it.

I decided I wanted to be actively creative and make things happen rather than just being in a band. So the BA Creative Musicianship seemed like the right combination of learning opportunities for me."

There was a lot of freedom, which I loved. I wrote four separate projects while I was there with different people and was making music all the time.

ICMP definitely supported my creative endeavours really well, James Brister from the Careers and Industry Hub was great at bringing through insight on the business side of the industry. I think that was crucial for me, people in the know being supportive alongside forming these connections and expanding my networks. It was invaluable.

It’s about being super positive, seeing this time and space as a real win. You’re there with some great people so make the most  of it.

What did you do after you finished your studies?

I met Pete Simmons at Universal Music Publishing. He’s a great A&R and linked me up with my manager Steve Roberts at Triple Management.

When I met them, my plan was to make weird electronic music but they said they saw me as a writer/producer, and I needed to be in sessions to start getting cuts with artists.

When I signed with the publishing company, I suddenly realised how many levels there are to the industry. I realised that as a creative, you need to be versatile and able to turn at a flip of a coin.

How important has building a team been to your success?

Really important. Steve and Jake Sheppard at Triple Management have been very supportive and positive.

Every single person who does well has a good team behind them, no matter how individual something sounds.

I work with Joy Crookes, she is a powerhouse, she will make every decision, but she has a team around her. They know her and make sure she’s positively encouraged.

How did you get together with Obongjayar?

It took a while for us to meet but his energy is unmatched as a creative. It took me a long time for me to learn how I fit into the role of collaborator with him. But it made more sense over time, how I could act as a conduit for his ideas.

We were on the same wave length musically but he totally works me, we’ll work together for 12 hours in a day, five days in a row. That is the reality and I wouldn’t have it any other way. He is an artist, I’m a producer and we are making it happen.

Joy is the same. We have worked together solidly with ups and downs but we’re almost like siblings now. We’re very close but these collaborations have been very important for me.

Do you change your working vibe to suit the artist?

Yes, of course. With some artists, we’ll sit at the piano and do a classic songwriting session - but I try and avoid it being too ‘sessiony’. I want it to be as fun as possible. With someone like Olivia Dean, she’s a classic songwriter and will sit with me. She’ll work on words and we'll gradually produce the record around the song.

You need to be able to move with the artist as a producer. If you can’t, then get out of the room as your job is to help them reach their final product and guide them in the right direction."

Being a multi-instrumentalist is key. I’m not the best at anything. I’m average at bass, guitar, keys and an all right drummer but I know what to do to get my ideas down in a way that sounds good, then I can finesse. I’m in the studio all the time, I practice 24/7. When I’m not working, it’s on my mind all the time but you need to be as hungry as hell to make this happen.

Congratulations on the Ivors win - how was the event?

It was the music industry with 'Lights, Camera, Action'. Nile Rodgers was kicking about and one of the songwriters from Abba was there. Where else am I going to be in the same room as these people? It was hilarious. I met Lianna La Havas and that was amazing.

Have you any advice for aspiring producers?

The music industry seems to respect those who makes thing happen rather than those who ask for something to happen.

As much as I back people hustling, you've got to hustle, but you also need to produce things and make things work too. If something you do is exciting and cool, and makes the industry sit up, then you’re away. You need to spend four or five years sat in a small room without any windows making tune after tune which is what I’ve done. You need to work really hard. But this is the best way to make it happen.

Find out more about Barney's music and listen to 'God's Own Children' below:

by Jim Ottewill
November 29, 2021
Creators
Back to Blog Home