Interview: Abbie and the Roses

Our alumna lets us in on her new single and musical journey post-ICMP... 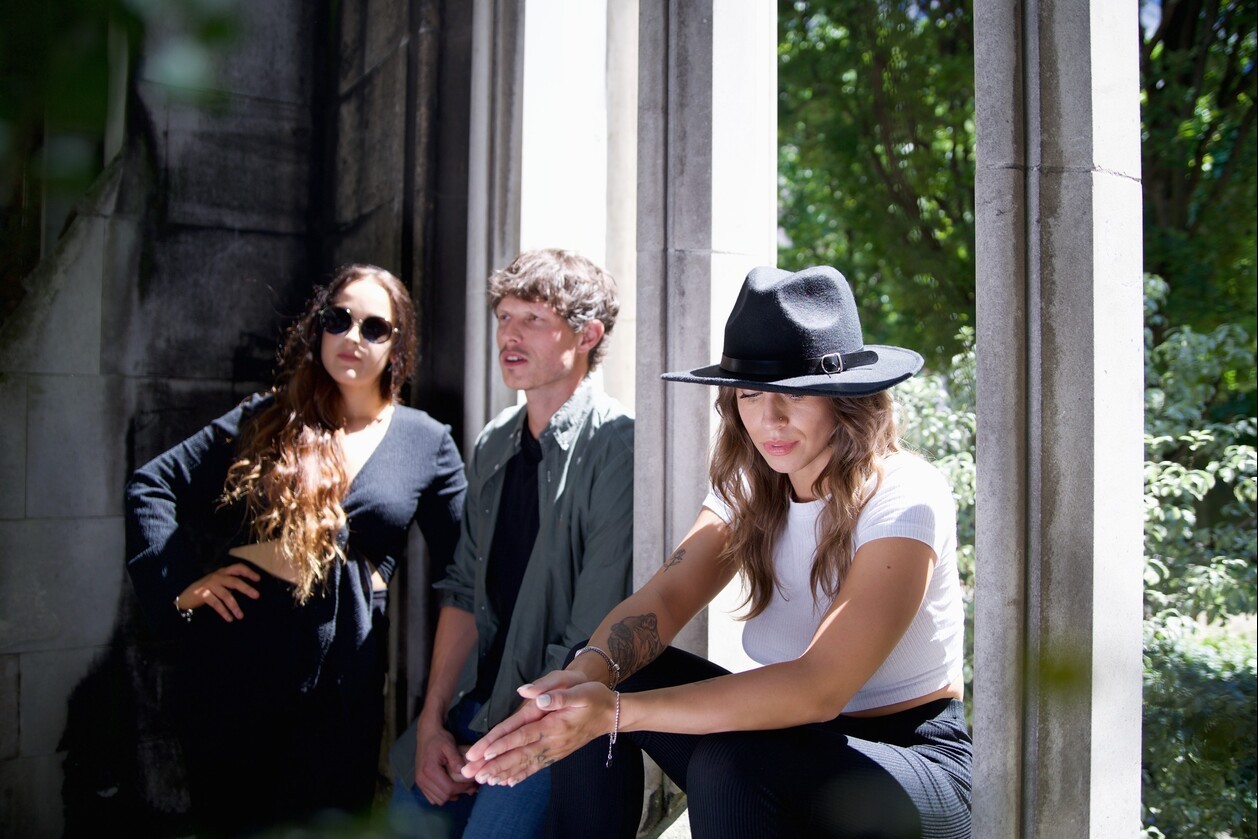 Atmospheric and emotional alt-pop is the musical domain of ICMP alumna Abbie Rose.

Her band Abbie and the Roses have paved an exciting path since she left ICMP with numerous releases and syncs including their track 'Atmosphere' landing on the 'Evie Rose' film.

With new track, 'What You've Done', just released, we catch up with Abbie to learn more about the band, their music and ambitions to perform in space...

How did you first begin your musical journey? Was there a person or record that kickstarted your love of music?

I’ve been singing since before I could walk. My dad used to play Van Morrison at full blast on his vintage record player since before I can remember, and I knew back then I was in love with music. I didn’t really know what was in store for my musical career but I knew it needed to be in music, whatever it was!

I spent a lot of years in musical theatre and really rubbish bands; Pink Ice, Off the Record, Pretty Outrageous ... someone actually named an independent film after that last one!

What led you to ICMP? How was your time with us?

Funnily enough I met a really cool guy, Miles he’s also alumni and he told me about ICMP. I was sort of lost trying to find my way through London and trying to be an artist/meet cool people and failing miserably.

I joined ICMP and it was a dream to find cool people who were just as dedicated to music as me! I loved it, I met friends for life there and learned things I could never have understood in my early years studying music at school. Coming from my tiny hometown in Derbyshire, there weren’t many opportunities so coming to London felt right.

Being 18 and clueless with no money isn’t really the best start for a music career. I think ICMP helped me find myself and gave me a bit of direction."

What were the most important things you learned from ICMP?

Confidence. One of my singing tutors Kat would push me hard. We had a few run ins and sometimes she would take me aside and give me a little extra love. Truly I owe my stage presence to her and another tutor Erica. I was terrified of the stage before I met them! 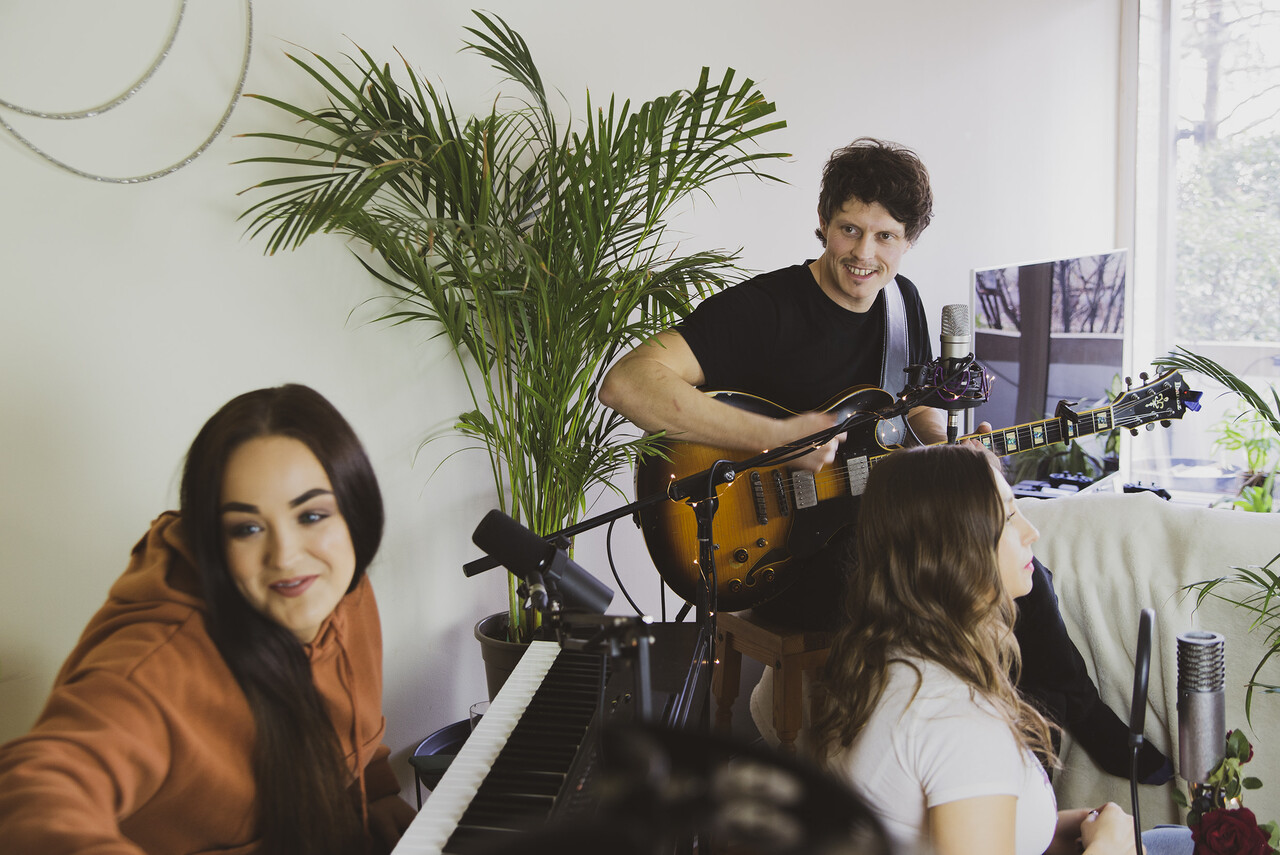 Could you talk about your experiences on leaving ICMP? What projects have been keeping you busy?

Ahhh how long have you got. I moved to LA straight after I left. I was living there and trying to find my way in music. I had a few collabs with some awesome producers who I still work with now. They’re off mixing and producing some of the biggest artists in LA which rocks!

I came back to London with big dreams, met the band and worked hard for a few years to figure out my image and sound. As a writing team we scored a collab with hospitality producer Keeno in 2018's ‘Is This The Way?' - that was my first professional experience!

Since then as a band we’ve been releasing songs and off performing across the UK, in LA and New York. We featured on KDOC Los Angeles TV for an interview for our second studio single ‘Hippies’ so that was awesome!

We’ve had a couple of sweet independent movie placements with our tracks and have been getting a lot of BBC Introducing support recently which is exciting for us. And we’ve got a big summer of releases and gigs lined up so stay tuned for more!

How does the creative process work for you?

We often write about our own life experiences. Sometimes Nick will have a song he’s written that we will all develop or one of us will have an idea that we sit down and write. This most recent set of songs was about a breakup I had last year which was a pretty crappy time for me ... it’s all very emotional and raw but it’s good therapy for me! 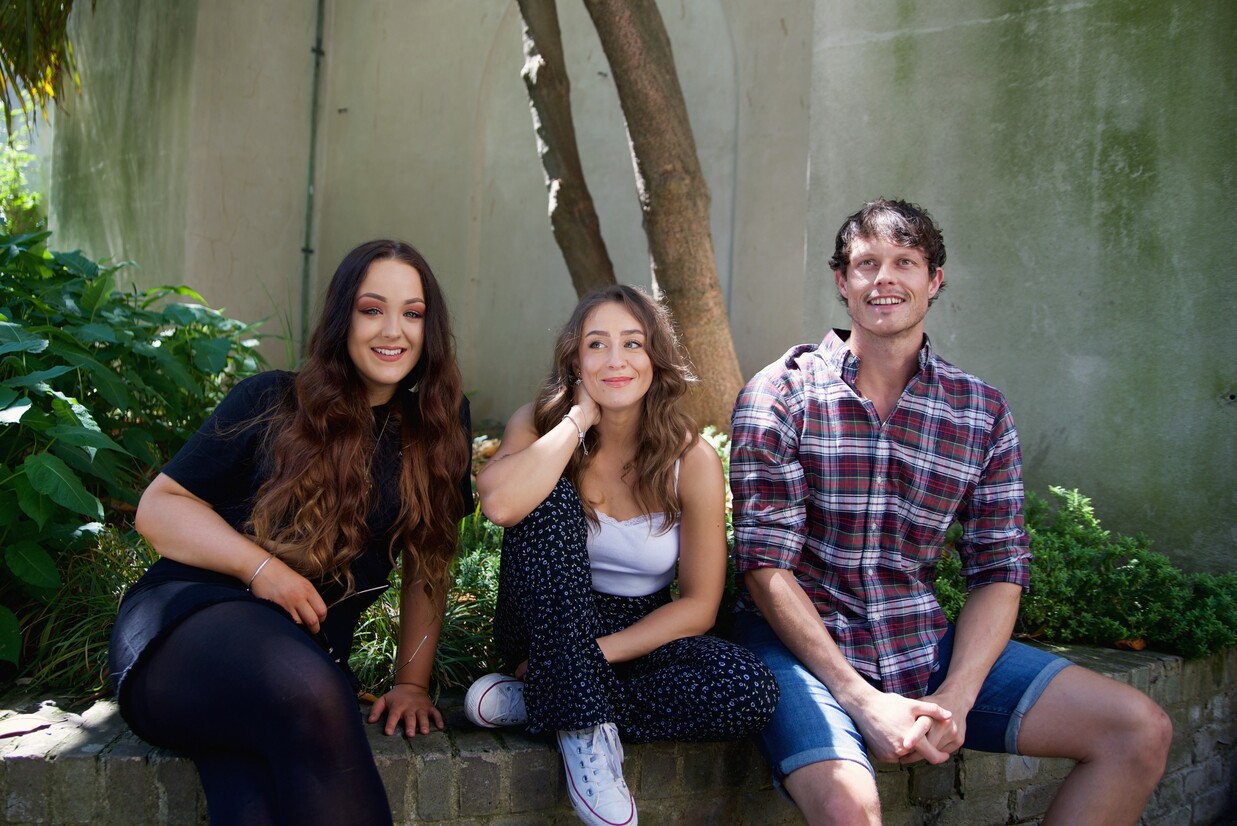 How did your song 'Atmosphere' get synced to the 'Evie Rose' film? Could you talk a little about how this came about?

We were recently working with a start up sync company which was through a friend, but we actually secured this placement through contacts from my time working in LA. I know a few producers and directors and we got asked if we had anything that would suit the film directly! Fortunately we were sitting down to write 'Atmosphere' and it all just worked out. Without being cheesy (using my own lyrics) ‘the starts aligned’.

We’ve just started working with a new sync/publisher and we’re hoping to get more placements through them, but it’s early days!

Our most recent single ‘Next To Me’ is going to be in a film in the US too but we’re not sure on dates yet. I know it’s all about lockdown, apart from that no more info just yet but we can’t wait!

What would you advise anyone considering studying with ICMP?

Have a good amount of fun but balance it with the right amount of dedication and hard work. Don’t let the emotional insecurities that come with being an artist stand in the way of your hard work and success.

Take a chance and be brave, opportunities are everywhere and networking is key, I have pals from ICMP that still reach out to see if I’m interested in various projects."

What else does the future have in store for you and the band?

Without being dramatic or unrealistic we’d all really like to perform on the moon or Mars one day. Or even just be performing at the first live gig in orbit. But until then ... you can expect a lot more music, more collaborations, some exciting live shows, festivals and and hopefully (Covid-19 permitting) we will be taking the show overseas again ASAP!

Visit abbieandtheroses.com for more information. Listen to the new single 'What You've Done' below: