Our tutors give us the inside track on their favourite books of the year... 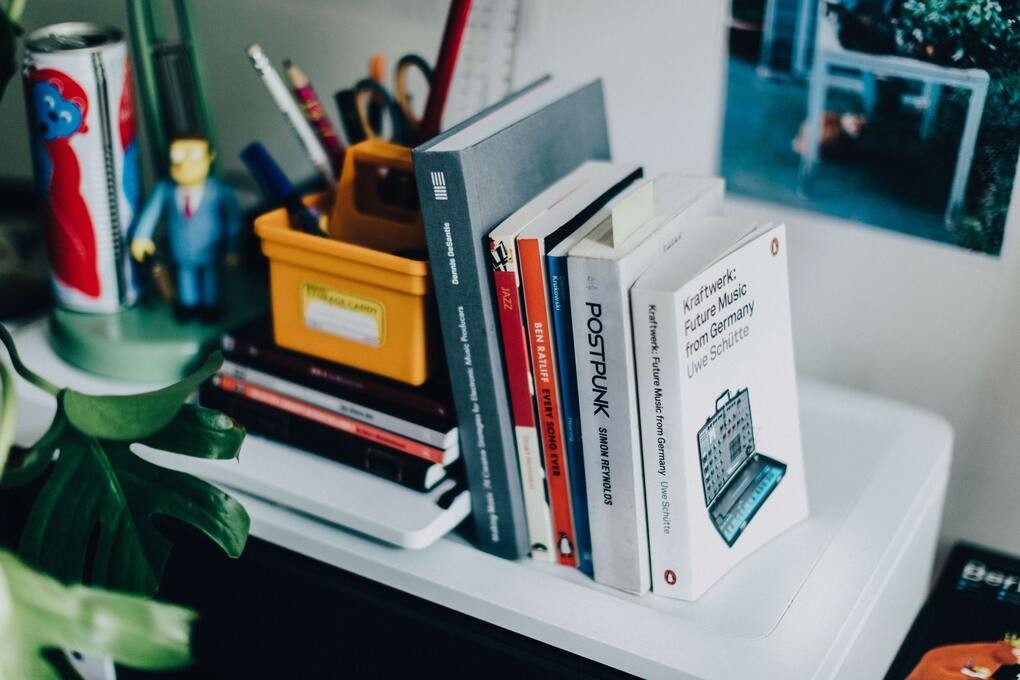 Music books can be an essential resource for performers and music industry professionals.

Here our tutors have chosen their favourites of the past 12 months. Not all have been published this year but these are the works that have kept them inspired and engaged in 2021 … and all are now available from our Learning Resource Centre ... If you haven't checked them out yet, then go get 'em...

Jennifer Otter Bickerdike | ‘You Are Beautiful and You Are Alone: The Biography of Nico’ 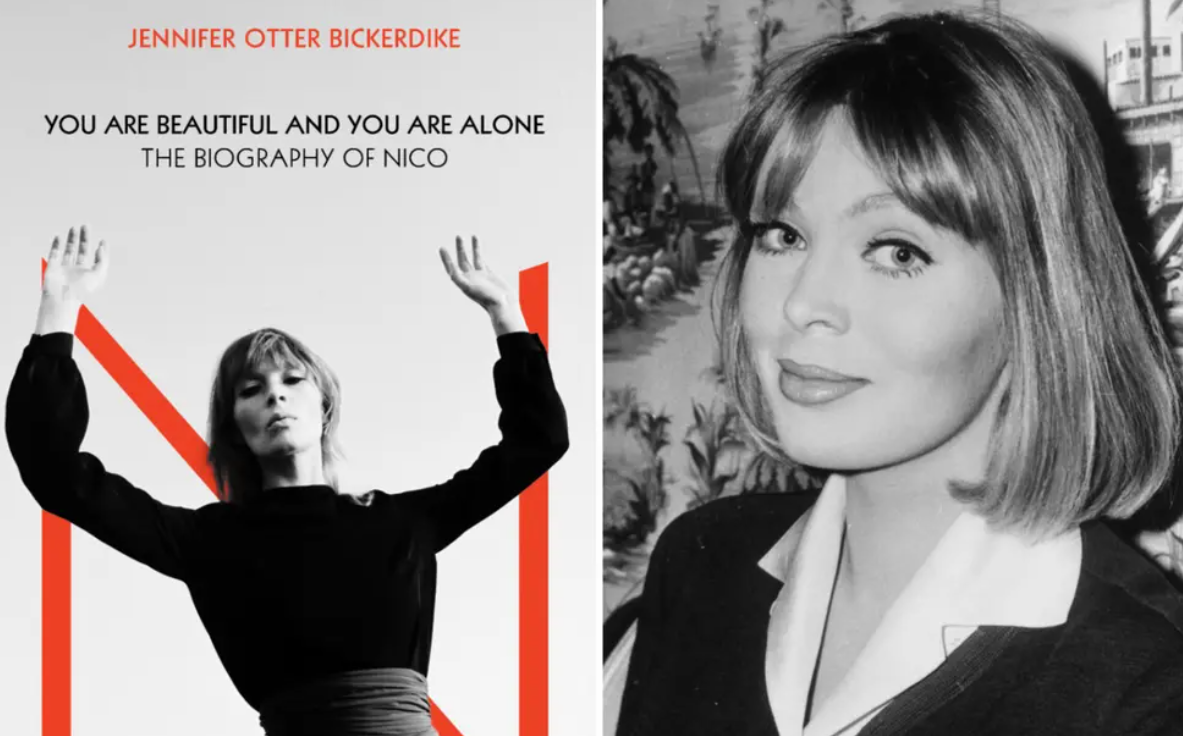 Cultural historian Jennifer Otter Bickerdike's new work is an account of the life of Christa Päffgen (she adopted the name Nico in her late teens). As well as documenting Nico’s early years and rise to fame in the late fifties and sixties, Otter Bickerdike aims to analyse those years after the Velvets and post-Warhol. It was during this period that she not only toured the US and the States but also maintained a disastrous drug habit.

As the Guardian’s review says, "the book gets closer to understanding Nico than most, even though, as a portrait, it isn’t always flattering. She is self-absorbed, self-destructive, needy and sometimes volatile". 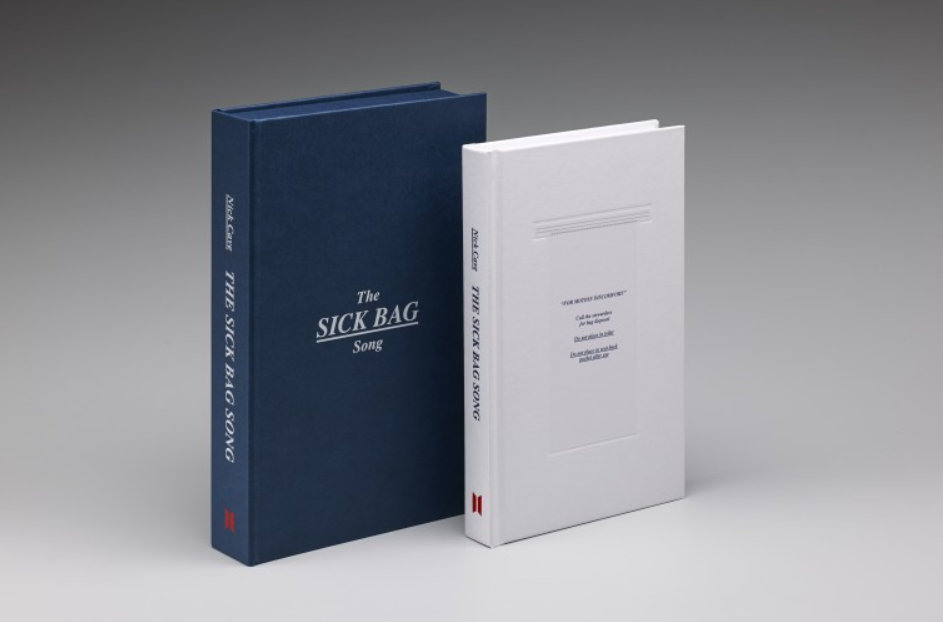 As an artist, few have been as boundary pushing, as life-affirming or as creative as Nick Cave.

His pen is a wicked one and the written word is an obvious obsession if his lyrics are anything to go by.

'The Sick Bag Song' was inspired by the Nick Cave and The Bad Seeds North American tour of 2014. The books initially started life on the back of airline sick bags during the tour - it eventually sprawled into this epic poem exploring life, love, inspiration and more.

It follows Cave's previous work ‘The Death of Bunny Munro’, a novel about a sex-crazed salesman, ‘King Ink’, a collection of poems and lyrics, and a debut novel, ‘And The Ass Saw the Angel’ . You can also check out his Red Hand Files for more brilliant insight into this unrivalled artist.

Robyn Flans | ‘It's About Time Jeff Porcaro: The Man and His Music’ 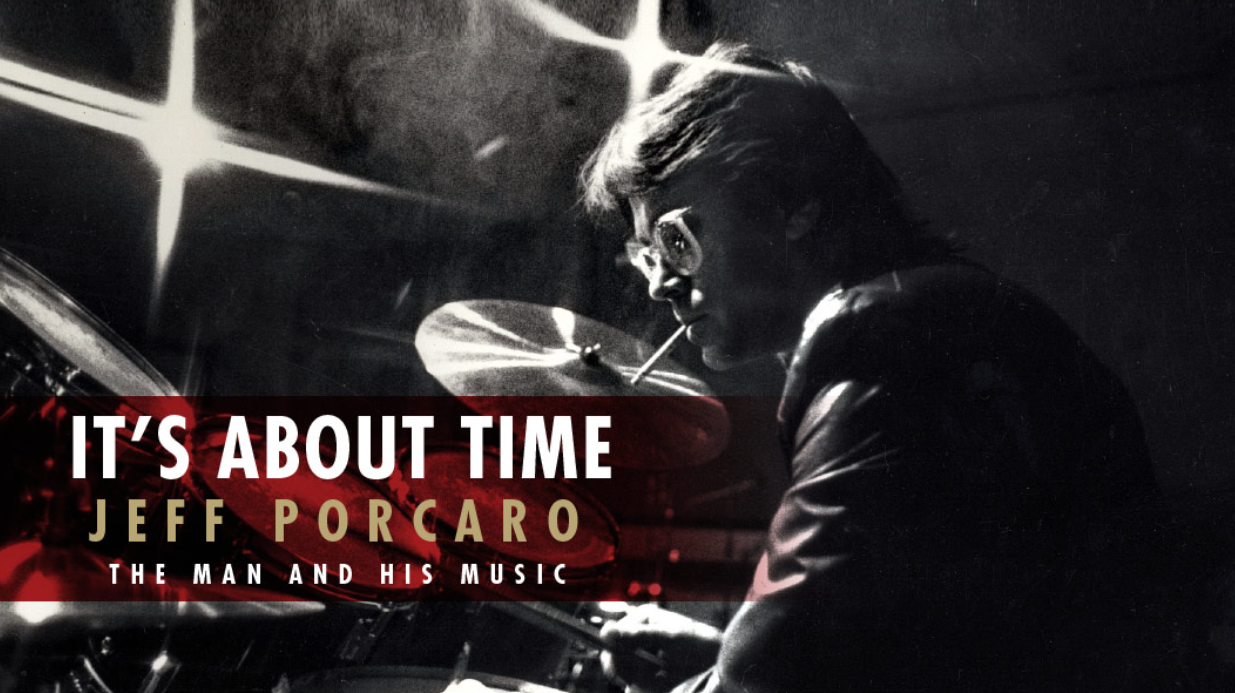 The late, great Jeff Porcaro was a founding member of the Grammy Award-winning band Toto, as well as recording and touring with a list of artists that reads like a who's who of popular music in the late 20th Century.

Jeff's long-term friend, Robyn Flans has taken it upon himself to write this biography of one of the most under-rated, yet recorded drummers. The content includes plenty of interviews with big names including Bruce Springsteen, Ron Howard, Jackson Browne, Michael McDonald, Boz Scaggs, Peter Frampton and others, plus extensive commentary from Jeff's Toto bandmates and his family. It offers an amazing insight into one of popular music’s unsung heroes. 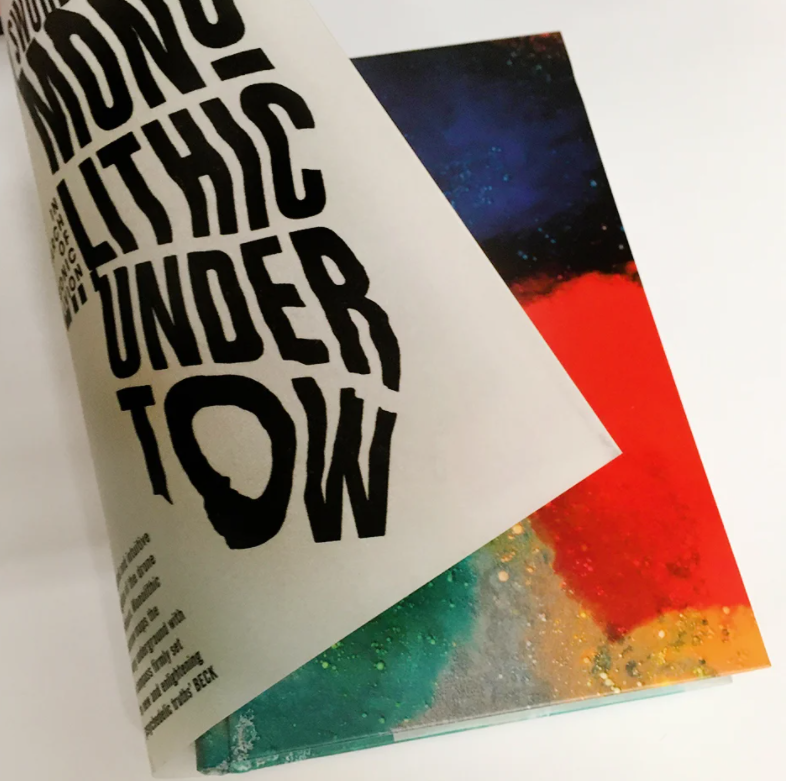 Published by indie publishers White Rabbit (who are also behind brilliant works by Primal Scream’s Bobby Gillespie and Talking Heads’ Chris Frantz)‘Monolithic Undertow: In Search of Sonic Oblivion’ author Harry Sword explores the history of the drone from beginnings with the ancient Greeks through to the 20th century, where it has been at the foundation of sounds of all kinds.

From Hawkwind's Ladbroke Grove to the outer reaches of Faust and Ash Ra Temple to Electric Wizard and Sunn O))) and the many touch points in between, this work explores the intense power of the drone - "an audio carrier vessel capable of evoking womb like warmth or cavernous dread alike". 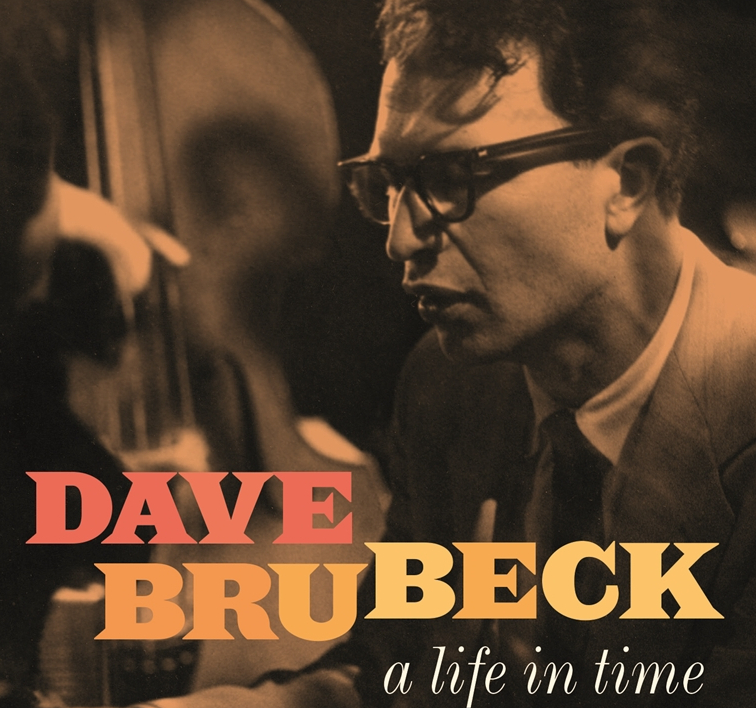 Described as “the writing about jazz that we've been waiting for” by Mike Westbrook, this work by music journalist Philip Clark is based on extensive interviews from 2003 when he was granted unparalleled access to jazz legend Dave Brubeck.

Over the course of ten days, Philip shadowed the Dave Brubeck Quartet during their British tour, recording an lengthy interview with the bandleader. Brubeck opened up as never before, disclosing his unique approach to jazz alongside tall tales gleaned from hanging out with the likes of Miles Davis, Charlie Parker and Louis Armstrong.

This work explores the secret history of Brubeck's early career and his creative relationship with the star saxophonist Paul Desmond.

Jeff Tweedy | 'How to Write One Song' 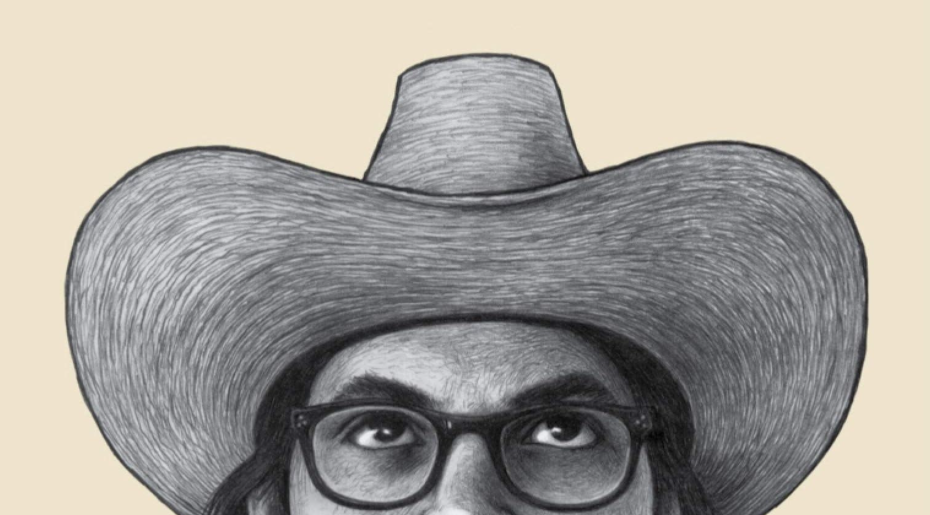 This book sees Wilco’s Jeff Tweedy delving deeply into his creative process and the art of the song. Rather than dissecting his entire catalogue, he instead chooses to focus on just one track in a bid to unveil the secrets of success.

Through the book, Jeff shares stories about his own work spanning more than 30 years and over 20 albums with Wilco, as a solo artist and with other musicians.

The book is full of practical tips for emerging creatives on “overcoming self-defeating dialogue, building a creative habit, language techniques to get out of a writing comfort zone, easy recording methods, and so much more”.

'How to Write One Song'  aims to distill songwriting down to a “focused, self-contained event” where “the mystery and fear subside, and songwriting becomes an exciting pursuit”. There are plenty of amazing tips in this no matter what stage of your songwriting journey you're at... 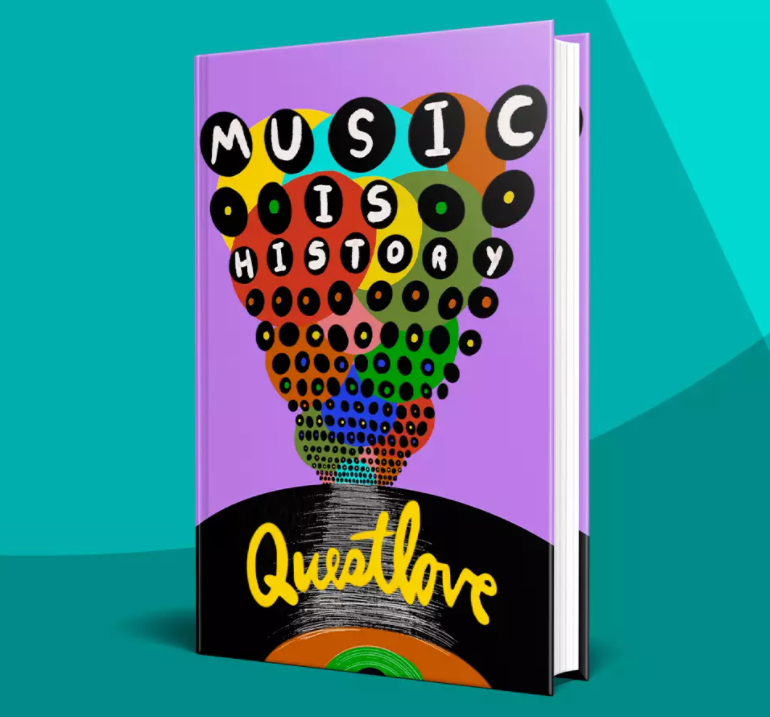 DJ, producer, author, film director, podcast host and, of course, drummer and bandleader for iconic hip-hop crew the Roots, Questlove is one of today's most famous music lovers and performers.

Charting music from the last 50 years, in 'Music is History'  Questlove selects one essential track from each year, unpacking the significance of each choice and revealing how American music has shaped issues of race, identity and more.

In the book, he says: "It’s not too much of an exaggeration to say that I think of the America we live in as a series of songs". Which is unsurprising when he covers everything from Police to Sun Ra. This new work offers some great insight from one of music's biggest and respected fan boys...

Mary Gauthier | 'Saved by a Song: The Art and Healing Power of Songwriting' 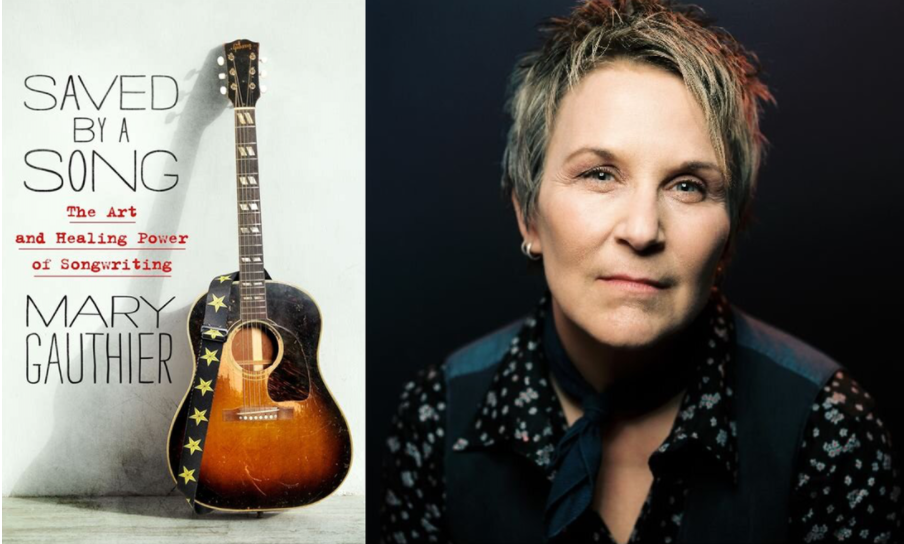 Mary Gauthier is a Grammy-nominated folk singer songwriter with a musical career spanning from the mid-nineties. Many of her songs are autobiographical, dealing with her addiction and recovery.  Each chapter in her book 'Saved by a Song: The Art and Healing Power of Songwriting'  starts with a song, then explores Mary's experiences in overcoming the challenges she's faced.

It was only when she reached 35 and on the other side of addiction that she began her songwriting journey. As Amy Ray from the Indigo Girls says, "Gauthier has an uncanny ability to combine songwriting craft with a seeker’s vulnerability and a sage’s wisdom".