Listen to our latest Selector playlist from AM Productions' Ary Maudit... 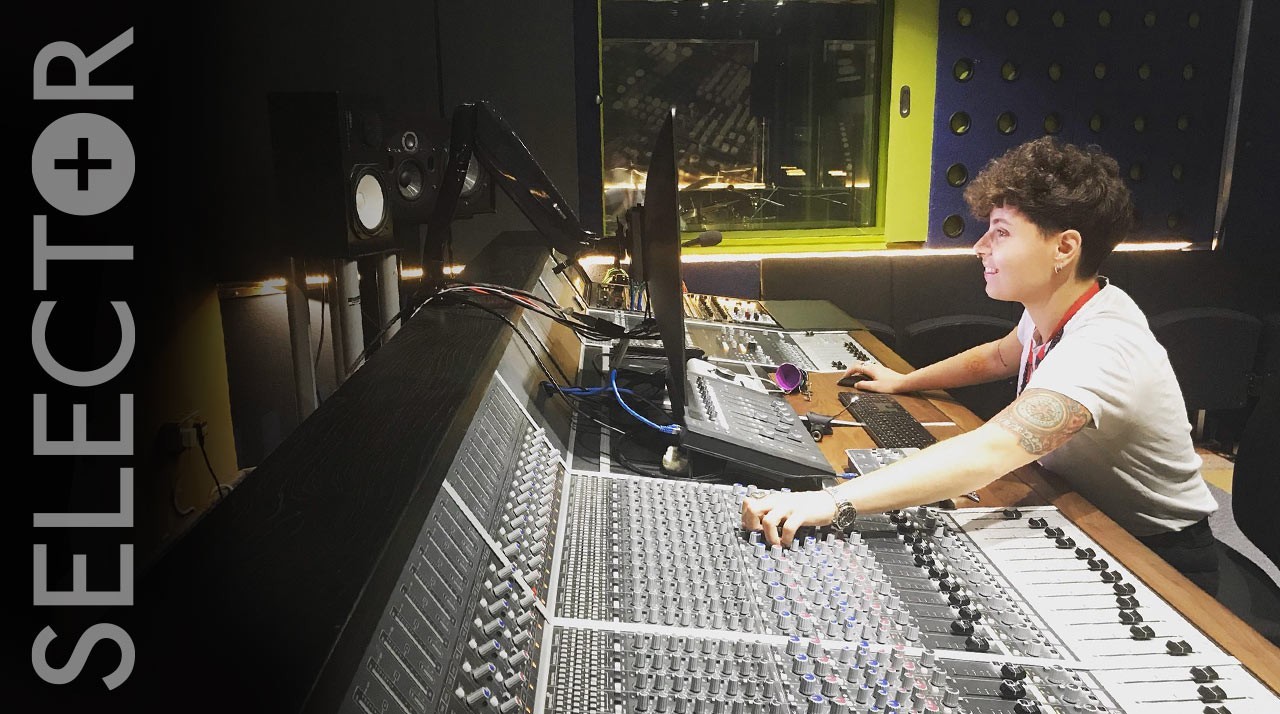 Our Creative Music Production student Aryanne Maudit is the musical brains behind fledgling production business AM Productions and our latest playlist selector.

Her choices explore 'strong indie women' artists with killer tracks from the likes of PJ Harvey to new star in the making, Greentea Peng, all featuring, An eclectic taste not only steers this list of top tunes but also acts as a good barometer of Ary's experiences as a live lead session guitarist.

AM Productions, a bespoke audio company, set up to support women, Black, Asian and Minority Ethnic, and LGBTQIA+ artists and bands, is now going from strength to strength and we're excited to see what's next for Ary in 2020.

Get to know her in our recent ICMP Spotlight profile and listen to the playlist below...​

If you’ve never heard of the English musician/songwriter Polly Jean Harvey, I suggest you go check her out NOW. The singular talent from Dorset became one of the most influential female rock icons of recent times. Her ninth studio album 'Let England Shake', which this first track takes its name from, is inspired by World War I and quotes from day-testimonies of soldiers in Iraq and Afghanistan. She started collaborating with Sean Murphy after his exhibition in London in 2008, and released videos for each song on the 12 track album. They were screened as a whole film in July 2011. I recommend giving it a watch.

Entering queer playlist section with my favourite band in the UK: The Japanese House, aka Amber Bain, a singer/songwriter from Buckinghamshire, currently based in Camden. Bain has been helped in production by Matt Healy from The 1975 who apparently contributed to her dreamy-pop sound and signature vocal harmonization. 'Lilo' is in my opinion one of the most relatable song for every young lesbian out there and is the eighth track of the EP 'Good at Fallin''.

"Lilo' is a song about a relationship, how she was everything I needed at that time and how, to me, her every movement - paired with her approach to life - seemed as serene as the image of a lilo floating across a swimming pool. I felt very close to this song as I began writing it just before this relationship came to an end and finished it just after it had. Now it is a reminder to me that I am good at falling in love and I can survive falling out of it. I’m good at falling.” (Bain on Atwoodmagazine, 2018).

There's also the appearance of her former girlfriend Marika Hackman, next on the playlist.

The ironic and sarcastic song from the singer/songwriter speaks for itself as an anthem for queer relationships. '"Boyfriend' is payback for all those times I’ve been interrupted mid-snog by some seedy guy asking to join in.” Couldn’t agree more…

"When did I get so serious?" I’m asking myself along with Polly. Worth listening to the producer/songwriter on repeat.

The Vök are an indie/electronic band from Iceland.

It's impossible to not listen to the Australian multi-talented Tash Sultana who toured the world with a RC-10 Boss Loop station.

Courtney is an independent artist from Melbourne , Australia. This song is about the struggle of finding a decent apartment in the city, a struggle that every Londoner feels too.

Speaking of masterpieces and female rock icons, we can't avoid quoting Florence and the Machine and their third studio album 'How Big, How Blue, How Beautiful'. Similarly to PJ Harvey, Florence collaborated with the director Vincent Haycock for a series of nine videos starting in September 2015 named 'The Odyssey'. 'Delilah' is the eighth chapter and fourth single of the band and represents the return of Florence of her true self. after the struggle of finding herself and her balance due to personal conflict , struggles and nervous breakdown.

I randomly ran into this artist two years ago when I was in Victoria Park, in a strategic spot to at the All Points East Festival where she was playing. Annie Clark, also known as St. Vincent, is a New York producer, singer and songwriter who started recording and producing her own music with Garageband after neighbourhood complaints about her being too loud on the guitar. She released her fifth album 'Masseducation' in April 2016 and won a Grammy as Best Recording package, Best Rock Song and was nominated as Best Alternative Music Album. 'Los Ageless' is the fifth track and one of the most electronic track St. Vincent has done so far, establishing herself not only as a rock act and guitarist, but capable of exploring another side of her creativity with an almost new wave track. Well done Annie.

Moving to the big state, this Californian band formed by four artsy woman in West Hollywood debuted in 2007 with the EP 'Exquisite Corpse', mixed and mastered by Frusciante (yes, that one) to arrive at their major success in 2015 with the self-titled album 'Warpaint', produced and mixed by Flood and released through Rough Trade. 'Keep It Healthy' is the second track and my first favourite of the album, and as do most of the band's songs, it talks about the use of psychedelic drugs.

This independent artist from South London is breaking the scene with her first EP. Highly recommended.

Visit the AM Productions website to find out more.

If you’re looking to become the next Rick Rubin or Kanye West, or turn heads with your own unique production style, ICMP’s pioneering approach to music education will provide everything you need. Our Music Production students all benefit from fully equipped recording studios, Mac Labs, world-class gear, an exceptional team of tutors, masterclasses, exclusive events, collaborative opportunities, and a curriculum that covers studio and live work, engineering, composition, advanced skills, business, and professional development.

Full-time students can even book our facilities for personal use outside of class hours, seven days a week, free of charge.

To completely immerse yourself in your music career, chat with our friendly Admissions Team via email (enquiries@icmp.ac.uk) or give them a call on 020 7328 0222.