Nominated for Record of the Year, Song of the Year and Best Pop Duo/Group Performance at the 2019 Grammy Awards, let’s take a look at the production approach used on Zedd's smash hit 'The Middle' to see what we can learn and use in our work. 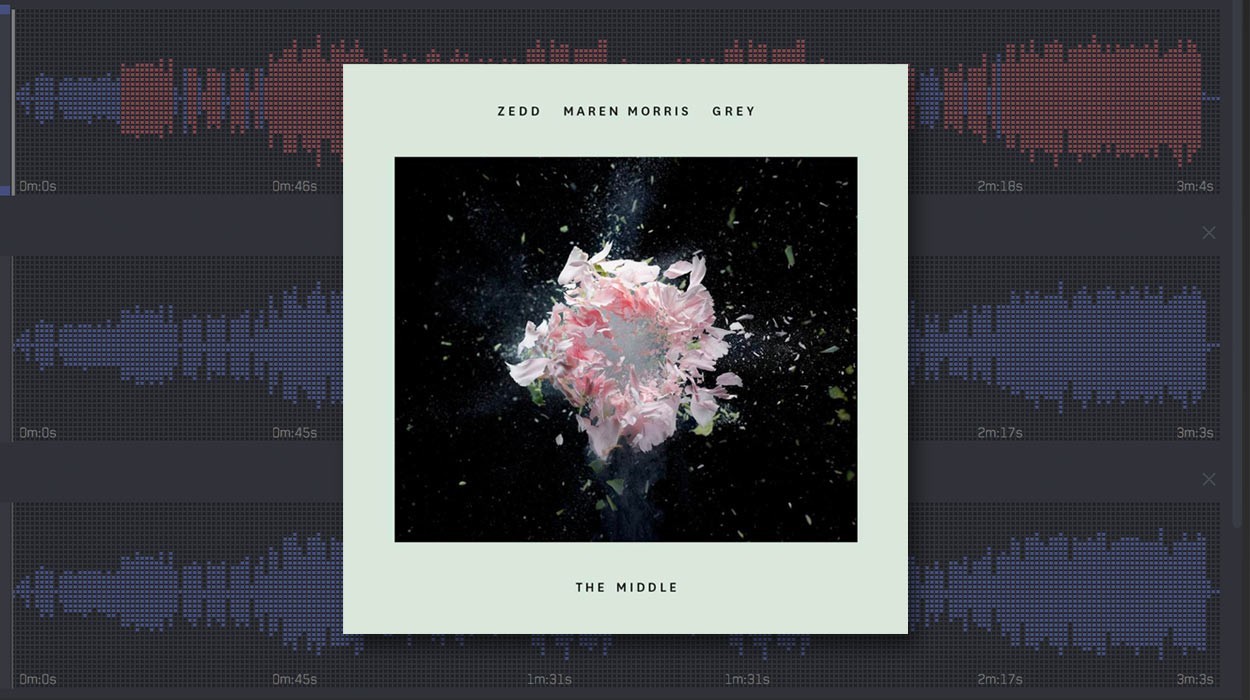 This blog post is a chapter from How Pros Make Hits by Tom Frampton, posted with permission.

Zedd’s infectious songwriting and production first gained traction in 2012 when he released his album Clarity, which was club focused with a couple of more radio-friendly tracks. Fast forward to 2015 when he released his second album ‘True Colors’ which had more of a radio sensibility with one or two club tracks. Zedd didn’t want to be boxed into a single genre, and the result makes ‘The Middle’ a little bit R&B, a little bit club, very pop, and super emotional and catchy; practically destined for radio domination.

Let’s look at the characteristics of the production approach to see what we can learn and use in our productions.

If you collaborate with others, then you understand the struggles of getting the perfect vocal performance for your track. The Middle was written by Sarah Aarons who laid down a demo vocal which was then re-recorded by 12 massive artists; Demi Lovato, Camila Cabello, Anne-Marie, Carly Rae Jepsen, Tove Lo, Bishop Briggs, Bebe Rexha, Lauren Jauregui, Daya, Charli XCX, Elle King and Maren Morris. Morris was eventually chosen as the right singer for the record as she had a certain tone and country husk to her voice that suited the rest of the production.

This is an excellent example of doing whatever it takes to get the best result for your music. If you feel you’ve created a potential hit, then go the extra mile to make sure it’s perfect before it’s released to the masses. 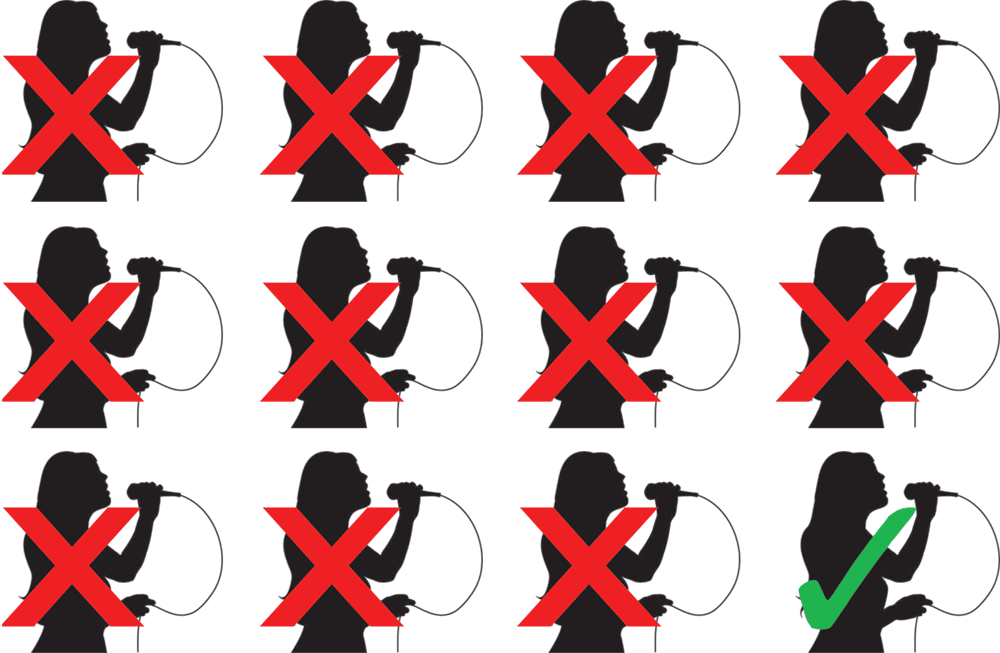 Leading up to the release of The Middle Zedd firmly established a signature sound that had a proven success rate in the charts. His tracks ‘Starving’ and ‘Stay’ have apparent sonic similarities that make the music instantly recognizable as a ‘Zedd’ production. In a musical landscape where the differentiation between pop records is declining, standing out with an identifiable and unique sound gives you an edge. When you establish a sound, you increase the chance that your existing audience will enjoy the new music you release. It also helps solidify the branding of what you want to portray as an artist.

Starving, Stay, and The Middle all use a unique and interesting sound for the snare. The sample functions as a backbeat but only vaguely point to the sound of a real snare. Co-producers of The Middle ‘Grey’ said that the sound they were shooting for was an ax chopping wood in a Game Of Thrones style. Using curious and uncommon sounds with similar qualities (in this case, a hard-hitting sound with a short impact) can add a rare flavor to your music.

The snare also gets it notable sound from the use of a ‘flam,’ which is where there is a quieter ghost note just before the main impact.

Zedd consistently goes for a ‘Clock Tick’ sound rather than a standard hi-hat in a number of his productions. It has similar sonic properties to a hi-hat but also has a cinematic quality. It’s used in TV and films to help portray the passing of time, and it has a similar immersive effect in music.

The prominent use of a vocoder is also present in both Stay and The Middle giving the vocals a lot of depth and body. In The Middle, the vocals and vocoder are accompanied only by the
‘ticking clock’ sound, which makes it the sole focus of the pre-chorus. Using a sparse arrangement like this accentuates the vocoder and almost stamps the record as being a Zedd track.

Try to replace commonly used samples for more peculiar sounds with comparable attributes in your future productions to create a sound that people can identify as unique to you. Make it an audible feature in your next mix and see how your listeners respond.

As we can see from the infographic below, The Middle has a very dense arrangement with many instruments overlapping in the frequency and stereo spectrum. You may be looking at this thinking, ‘how did they get this to work’? The key is in the empty space. Each element jumps in and out of the mix to make room for the other parts.

During the drop, the lead vocal is accompanied in the mids by the synth with the vocoder mixed in quietly. Between the phrases, the vocal cuts and piano synth jump into the mix in a call-and-response fashion. This approach gives the track a magnificently rich texture without sounding congested. The pauses in the performance balance out the thick arrangement and allow each element to shine when they enter the mix. Any musician worth their salt will tell you that the notes you don’t play are just as important as the ones that you do.

There is a lot of energy in the mid-frequencies, so a bass with immense power is needed to balance out the channels. Notice how the bass sound is focussed below 300Hz and doesn’t have excessive upper harmonics. In some arrangements, upper bass harmonics can sound great, but here there would be friction with the other elements in the mix. As your production progresses and you add more elements to a song, it can be very beneficial to tweak your synth patches rather than just using an EQ. Getting the sound right at the source is always a better approach. 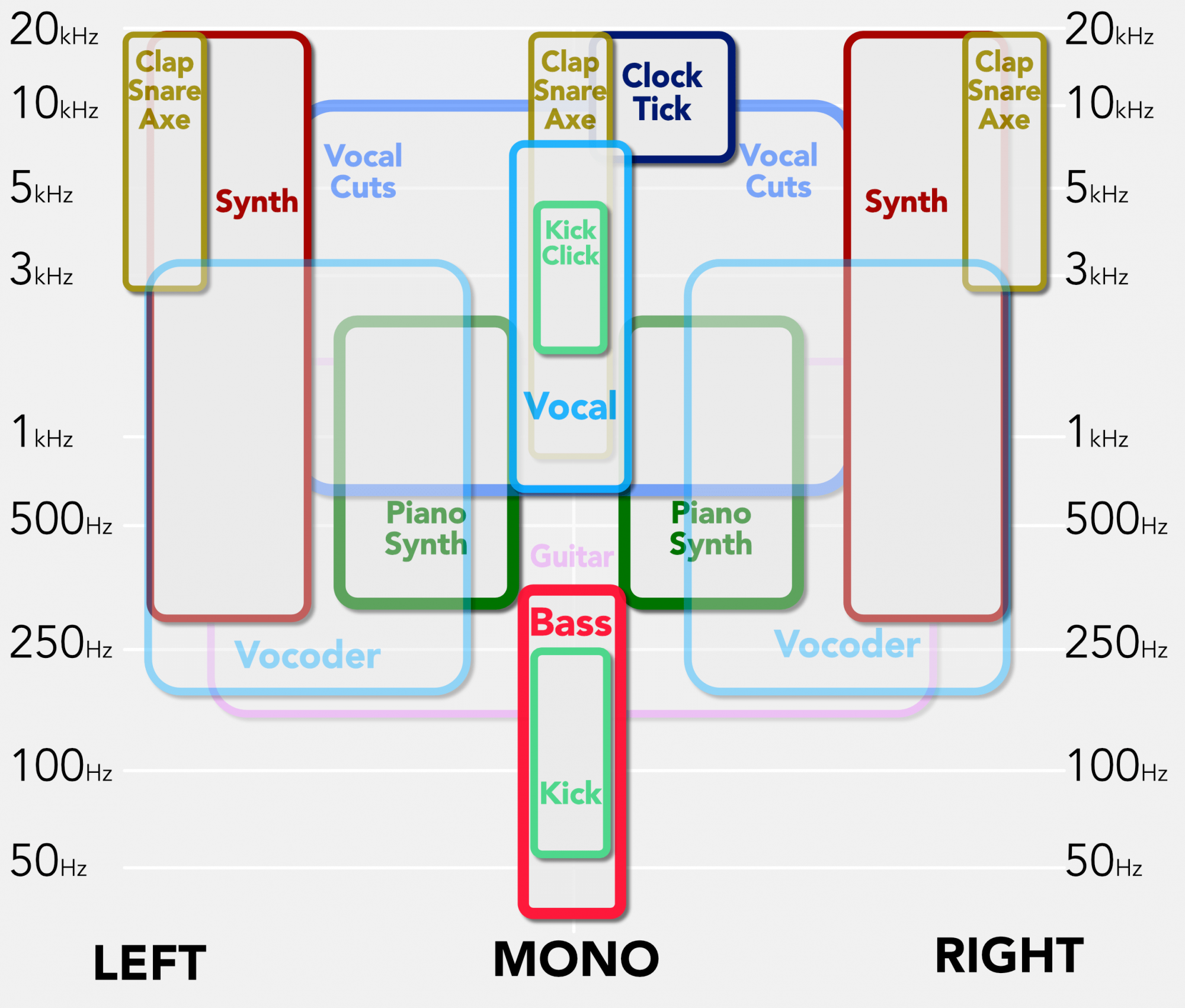 To create the above visual requires accurate and attentive listening. I use Sennheiser HD800s with Sonarworks Reference 4, along with LEVELS stereo field section to help me identify precisely where each element is placed in the mix. 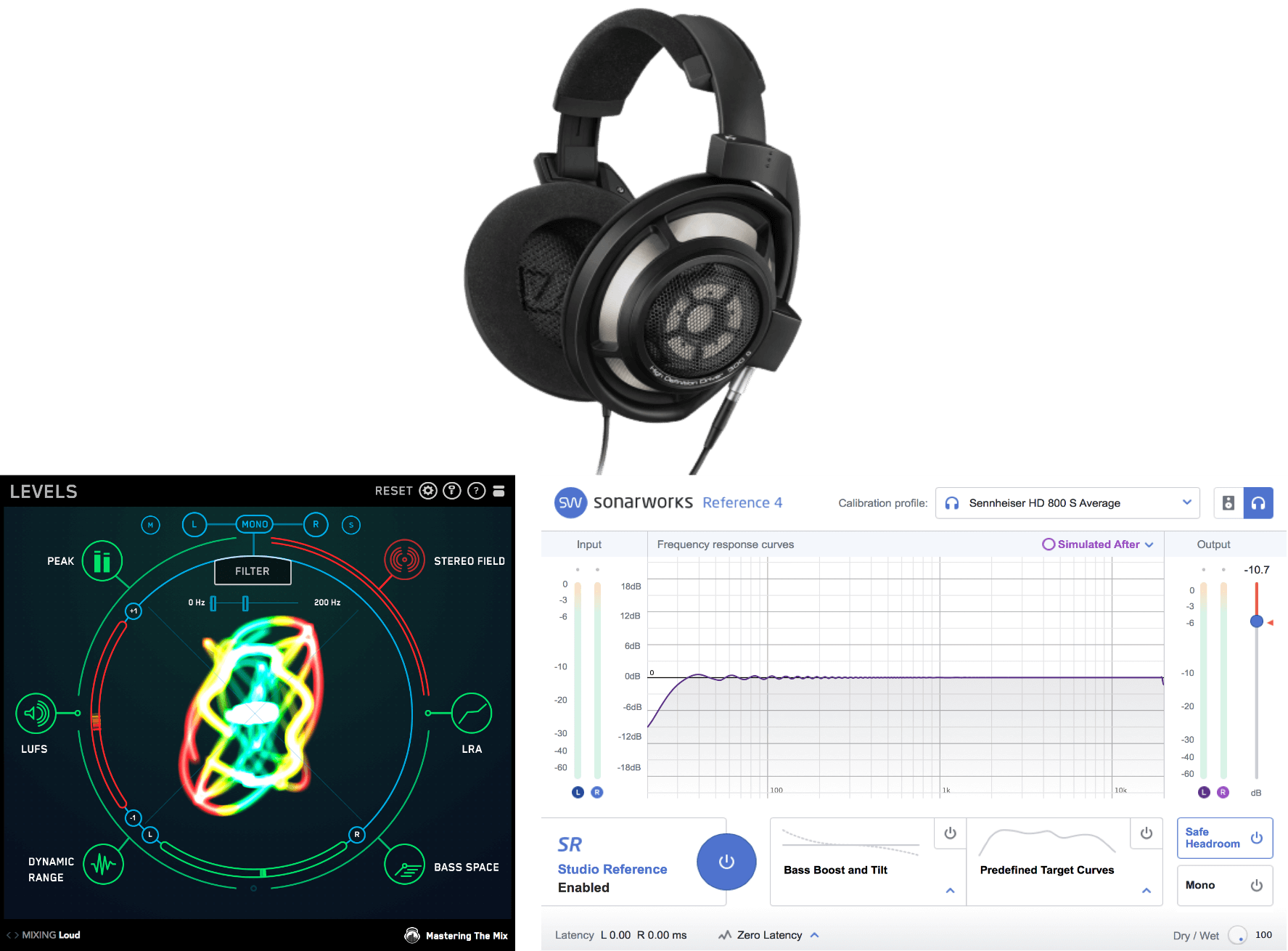 Below EXPOSE is showing us the technical details of The Middle in different playback scenarios. The main iTunes release is super loud and is heavily clipping during playback. The Spotify and YouTube releases are not so hot, suggesting that a specific streaming bounce was created. 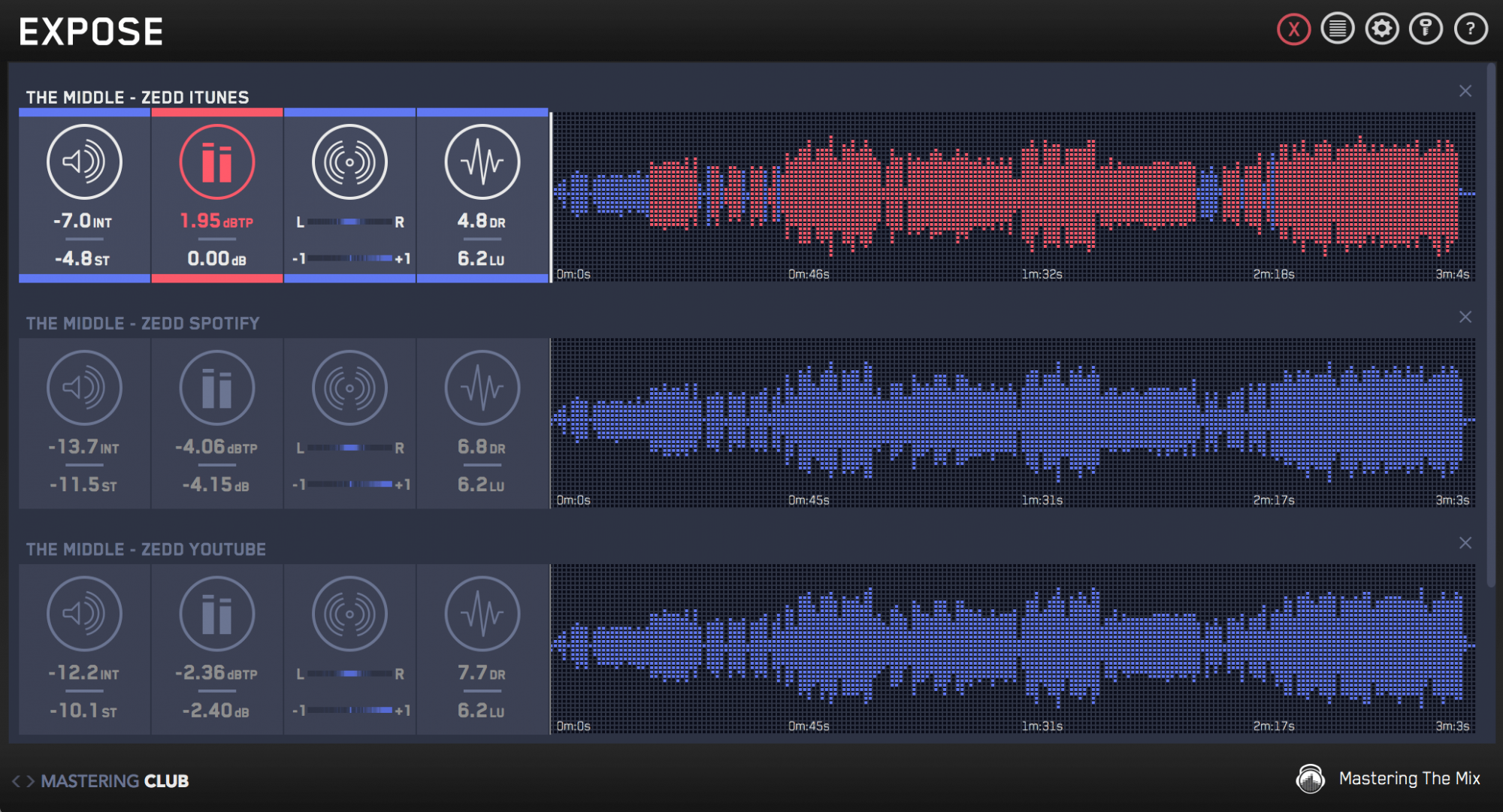 Had they uploaded the original bounce to YouTube, we could expect a reduction of 6dB (-7.0 LUFS int for the iTunes master would need a 6dB reduction to hit the YouTube target of -13 LUFS). However, we can see the YouTube peak reads -2.40dB and the stats for nerds shows 1.1dB of gain reduction, meaning the file uploaded must have been optimized, which has lead to a punchier sound (7.7DR on YouTube vs. 4.8DR on iTunes).

What did we learn 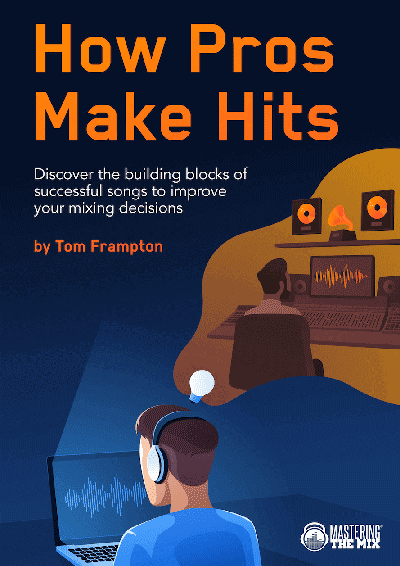 This blog post is one of 40 chapters in ‘How Pros Make Hits’, an eBook created by Mastering The Mix. Music surrounds us. It’s everywhere. Your music has the potential to connect with millions of people. Don’t produce another second of music without first learning how these pros did it to give yourself the best chance of success. Read our previous post focussing on Coldplay's smash hit Magic.

Learn the art of Music Production at ICMP London

If you're interested in developing your music production skills, learning from our regular industry guests and collaborating within the vibrant ICMP creative community, then speak to our Admissions Team. They're on hand to help you find the right course that matches your ability and aspirations.

by Tom Frampton
October 7, 2019
In the studio
Back to Blog Home