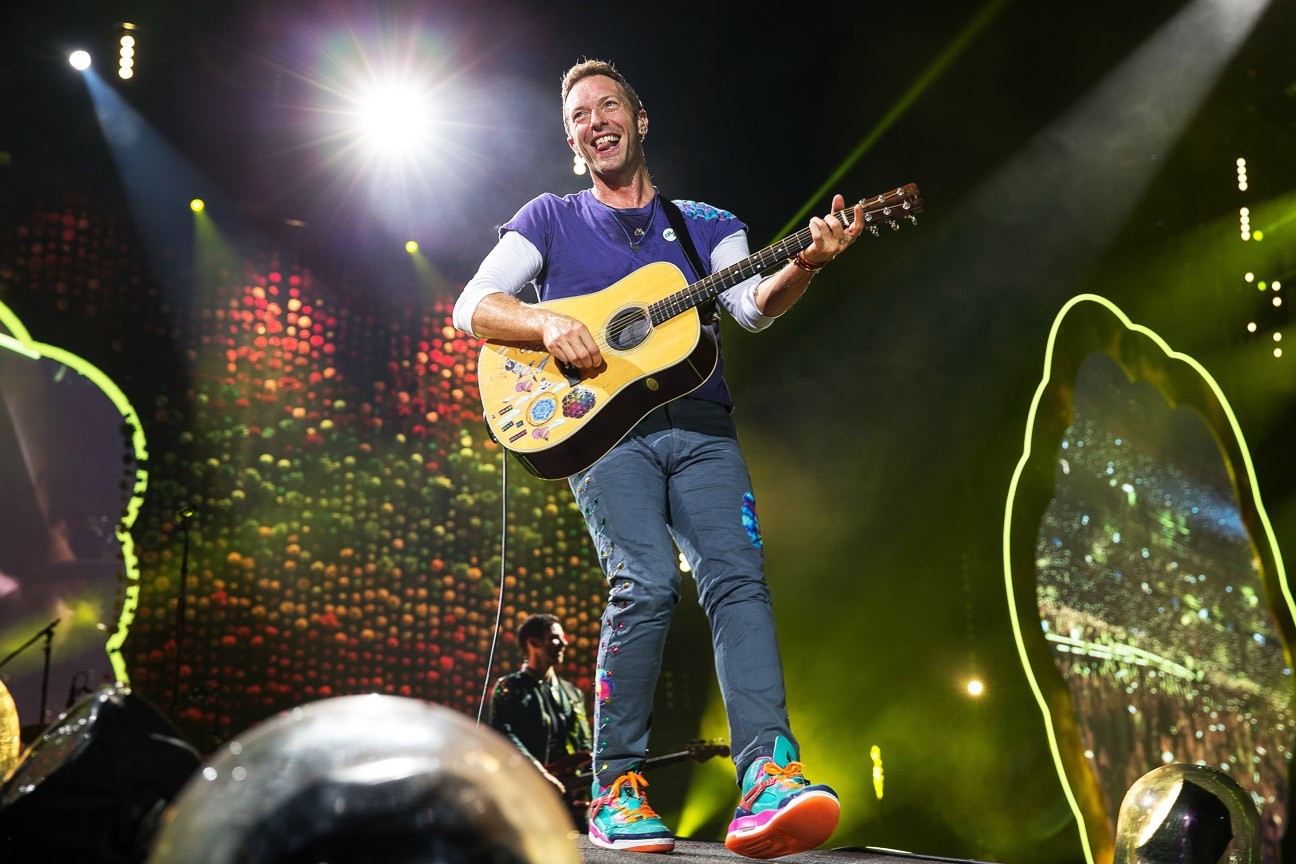 This blog post is a chapter from 'How Pros Make Hits' by Tom Frampton, posted with permission.

The internationally renowned band Coldplay have had an undeniably successful career.

Record sales of over 100 million make them one of the best-selling music artists of all time. Their seven Grammy Awards, 29 Grammy nominations, nine Brit Awards, seven MTV Europe Music Awards and various other accolades have acknowledged their incredible input into the music industry since the nineties.

The lead single from their 2016 album ‘Ghost Stories’ is a unique song and production called ‘Magic’. ‘Magic’ is a textbook display of world-class songwriting and production. Whether you’re a Coldplay fan or not, this is a song that you can reference for great tonal balance, dynamics and exciting use of spatial effects.

When talking to Universal Audio about his involvement in Coldplay’s production process, mixing engineer Rik Simpson said this:

I find that recording a room, and making you feel that you're actually in the room is much more important than just recording a dry mic and a close sound.”

‘Magic’ gives the audience an interesting sense of space. It’s an immersive listening experience where the perception of space differs drastically between individual instruments. The first verse uses very short, subtle spatial effects on the vocals and makes the listener feel like they’re in the room with Coldplay singer Chris Martin.

When the piano enters at bar 17, it has an incredibly dreamy reverb and echo effect which completely juxtaposes the sense of space that had been established in the first 16 bars. This space becomes even larger later in the track during the guitar solo which has a more prolonged and prominent reverb effect.

Giving the different elements in your mix different amounts of spatial effects gives a surprising lift to a production.

Starting with a drier sound and gradually introducing longer reverb tails can also give your listener a sense that the space is growing and getting larger.

During the first half of the first verse, the production is focused in mono with a hint of snare width, and a touch of short vocal effects heard wide in the mix. If you monitor the mix and switch between stereo and mono, you will hear almost no tonal difference. This sets up a centrally focused frame of reference for the listener. 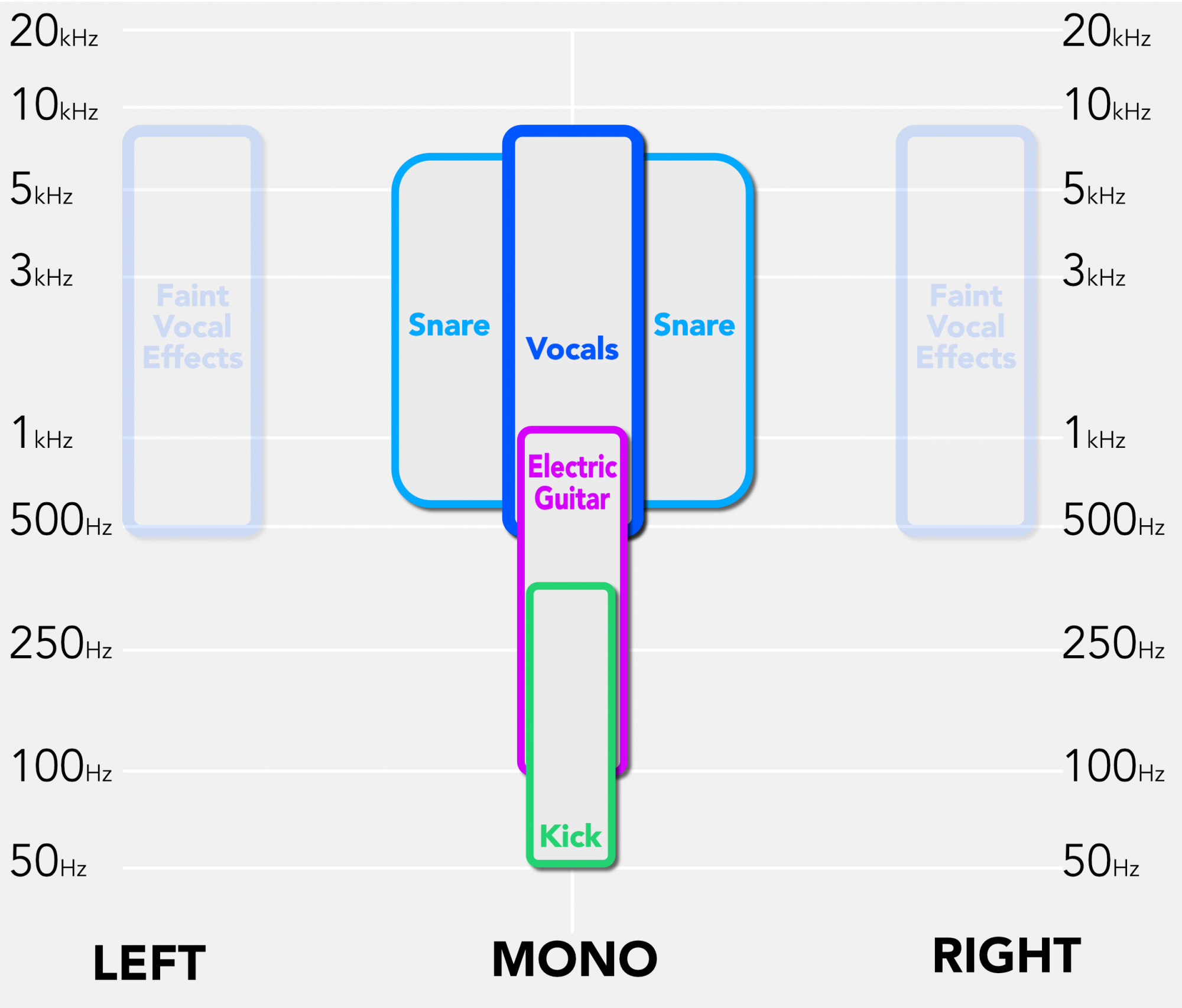 Note: You can use LEVELS and hit the ’S’ button near the top of the interface to solo the ‘sides’ of a mix. You can then use the filter to isolate what is being heard (or not being heard in this case) in different parts of the stereo field. 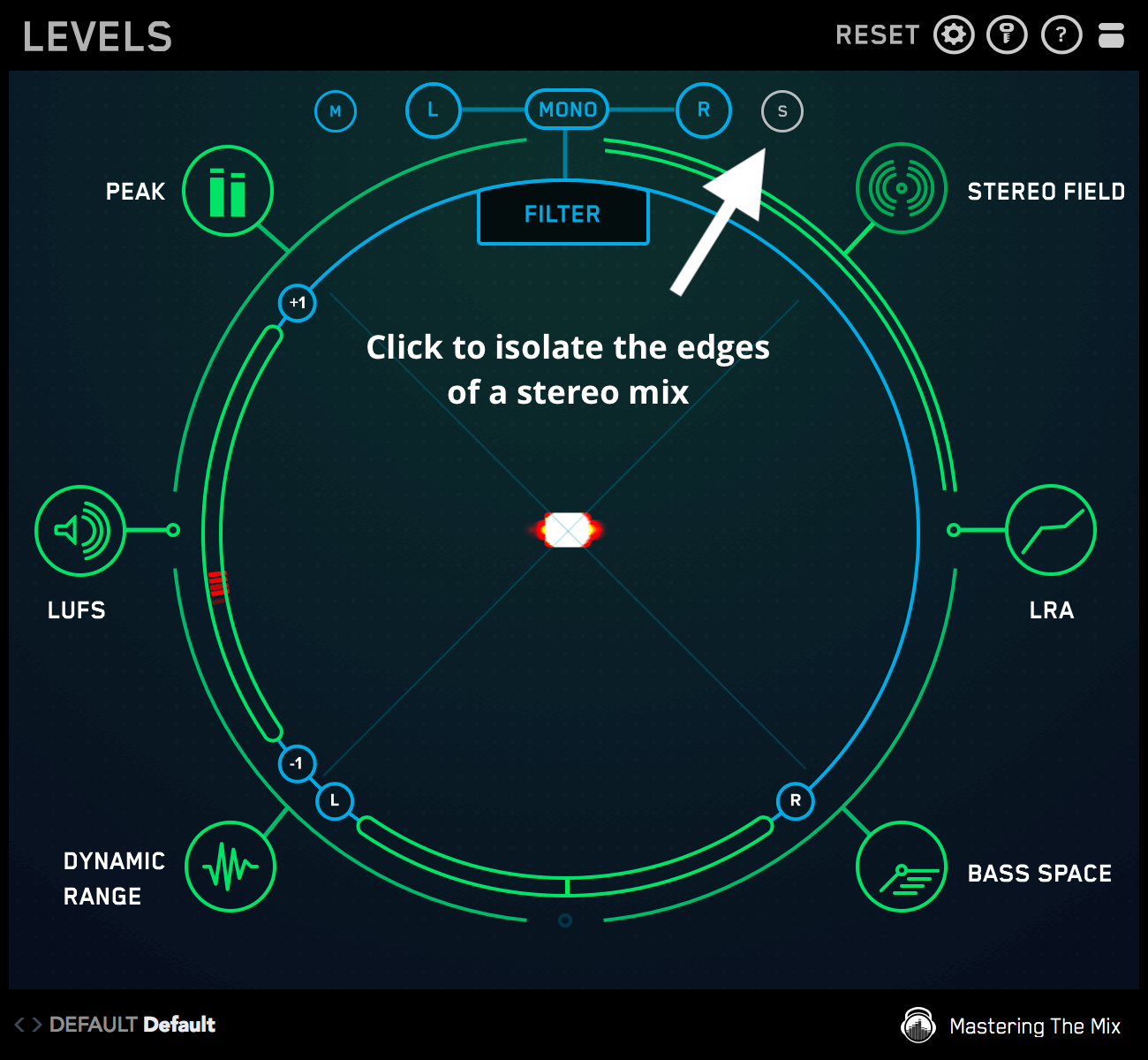 During the busiest part of the track, more instruments are introduced and are placed wider in the stereo field. The almost mono introduction set the listener's frame of reference, so when wider channels enter the mix, it has a dramatic effect. Had the mix been wide from the start, there would be no width differentiation between the sections, which may have lead to a less exciting listening experience. 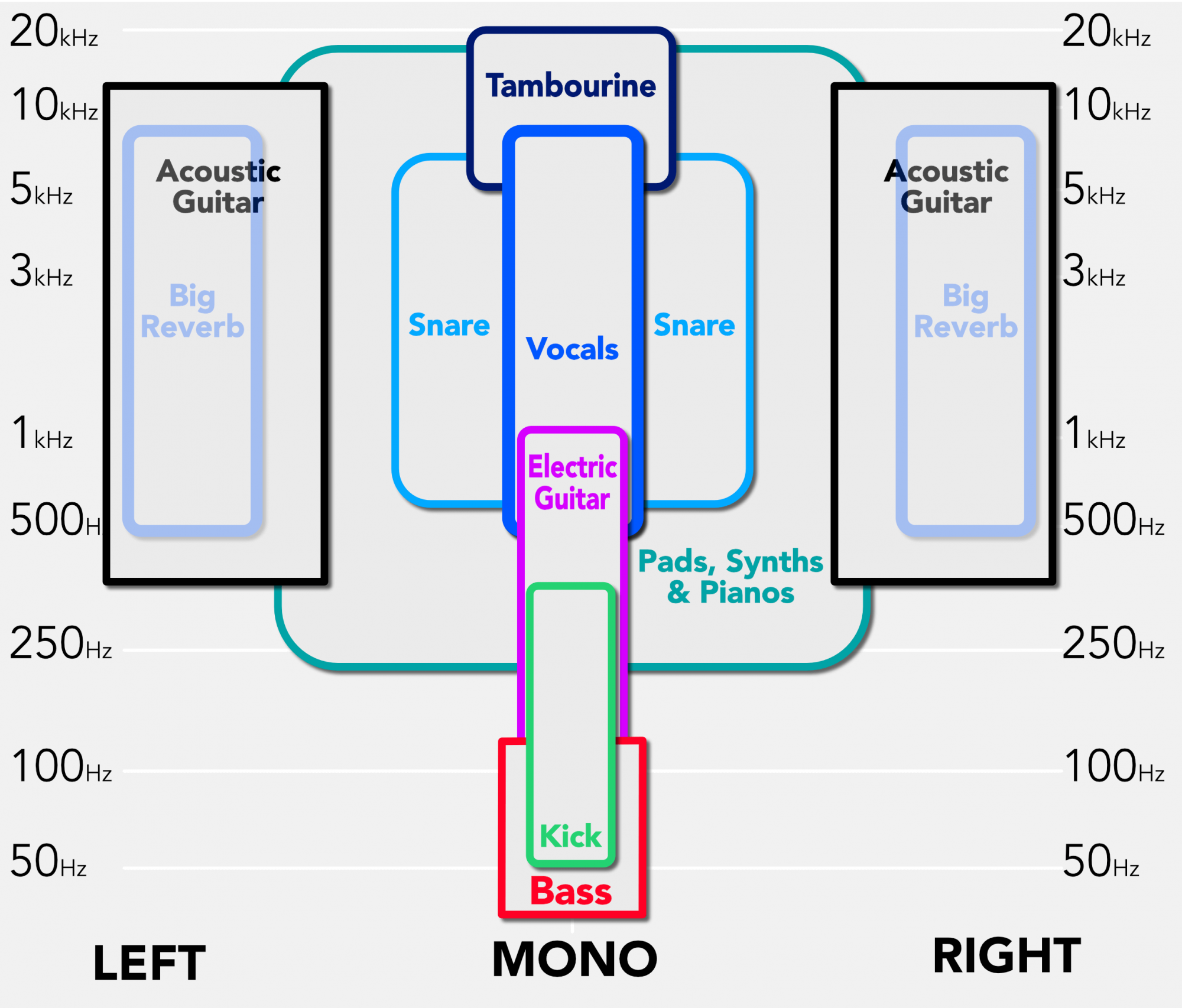 When working with recording audio, one of the most important things to address is phase cancellation. This happens when the peak of one signal combines with the valley of another signal, and they cancel each other out, resulting in a weak sound.

As we can see from EXPOSE below, there are no points in 'Magic' where the phase will cause cancellation. The correlation line between -1 and +1 is a heat map of the phase of the entire track. It shows the degree of similarity between the left and right channels. A reading near +1 indicates a well-balanced mix in phase. If the pointer hovers passed the central point towards -1 it indicates that the mix has phase issues.

If you find phase issues creeping into your own productions, an effective way to reduce them while recording is to use the 3:1 rule. Place the second mic three times the distance from the first mic that the first mic is from the source. So, if your first mic is 10 cm for the source of the audio, the second mic should 30cm away from the first mic. If you're at the mixing stage and can't rerecord, you can try a phase alignment tool. Alternatively, you can try just nudging the audio a few milliseconds forward or back. Even a small adjustment might have incredibly positive effects on the phase of your mix. Do this while listening in mono through one speaker and listen for the sweet spot where the audio stops phasing.

What did we learn?

• Starting with a drier sound and gradually introducing wetter channels with longer reverb tails can give your listener a sense that the space is growing and getting more significant.

• Starting the track with a mono frame of reference can make it more dramatic when wider elements are introduced.

• Phase cancellation can make your audio sound weak. Use the 3:1 Rule when recording audio to make sure your recording sound rich and full.

This blog post is one of 40 chapters in ‘How Pros Make Hits’, an eBook created by Mastering The Mix. Music surrounds us. It’s everywhere. Your music has the potential to connect with millions of people. Don’t produce another second of music without first learning how these pros did it to give yourself the best chance of success.

Learn the art of Music Production at ICMP London

If you're interested in developing your music production skills, learning from our regular industry guests and collaborating within the vibrant ICMP creative community, then speak to our Admissions Team. They're on hand to help you find the right course that matches your ability and aspirations.

by Tom Frampton
September 2, 2019
In the studio
Back to Blog Home