How new artists can take on the recording studio and win

Our friends at The Recording Studio give us tips to succeed when entering the studio for the first time... 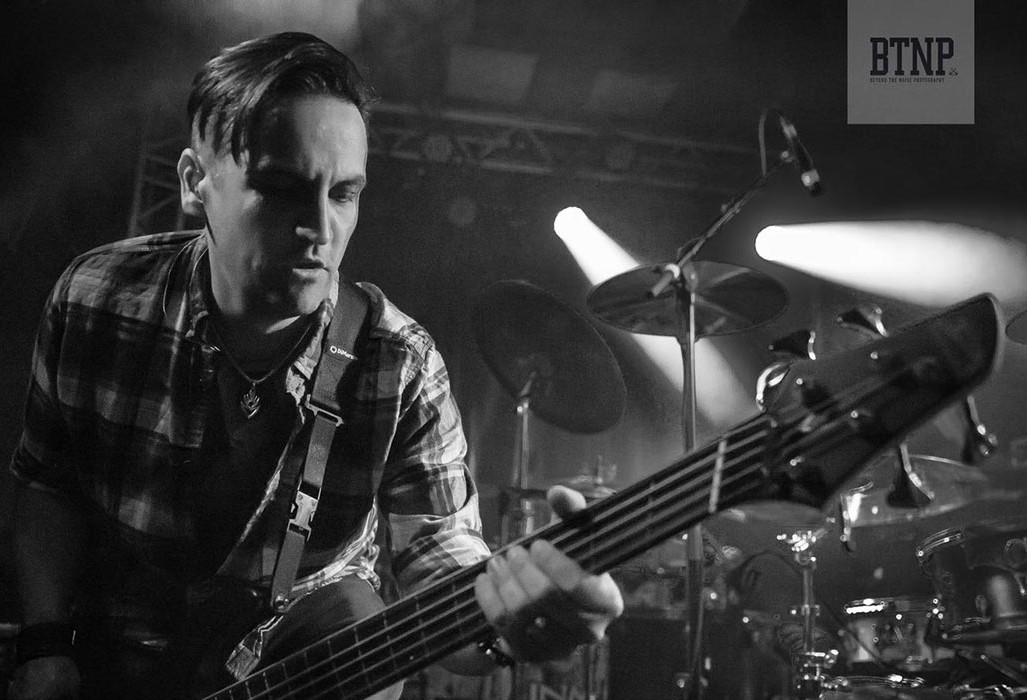 As a new artist, leaving the comforts of a home set up can be a potentially daunting experience.

So we asked our good friends at London's Recording Studio for their advice and pointers.

The venture was set up by Dave Ferguson, Paul Visser and Joe Barboza from rock band Black Orchid Empire. Before the company was established, the trio had normal jobs and were rehearsing, performing, and producing music for artists at other studios on weeknights and weekends. They eventually decided to take the plunge and embrace music full time, a decision which has proved to be a prudent one with their venture enjoying some great success.

Watch this ace video of ICMP band Shockpowder playing live in session at the studio and read their words of wisdom below for emerging talent entering the studio for the first time...

Are there any secrets to a successful recording session?

The most important thing is to remove the time factor from recording. If you've only got one hour left in a session but you've got about two hours of recording left to do, most artists will compromise on the music and either not record a particular element, or they'll rush record everything so that it all gets done in the allotted time. Both are mistakes!

Instead, you should book another session to finish the job. Of course this may not be possible if you have a limited budget and you're paying by the hour/day, which is why we try wherever possible to price projects on a per song basis. This way, the song is done when the song is done, not just because the clock has run out.

As a new artist, what should you do before entering the studio for the first time?

If you've never been in a recording studio before, it's going to be a completely new experience for you. No doubt there will be excitement and/or nerves, so it's vital you choose a studio you will feel comfortable in. But the most important thing to consider is the relationship between the producer and the artist.

Don't go to a studio that will just let you do your thing and press record. You want a producer that will care about your music, as well as offer support and guidance through the recording process."

You should be well rehearsed of course, but that goes without saying. It's often good to have a familiar face in the studio too. This often helps break the ice of meeting a new producer for the first time.

How do you know when you’re ready to take your songs out of the bedroom and record them?

To be honest, it's not whether the song is ready to be taken from the bedroom to the studio. It's more about what stage of an artist's career they are at. It's super important to understand where recorded music fits in with a career plan and release strategy.

Too many artists record music, then immediately release it without much thought behind marketing or building their fanbase first. This is just a waste of time! We help artists create plans for releasing their music as we understand that if they release something, it needs to be heard by as many people as possible. If the artist is successful, then we become successful by association. It's a partnership at the end of the day. We can also work from the ground up and compose the song with the artist in the studio, so there's really no specific line in the sand as to when a song has matured enough to be ready.

What common mistakes do new acts make in the studio?

The most common mistake new acts make is trying to tailor their songs to what other people will think of them.

Ultimately, there is a market for music in every genre. If your songs are emotive and you perform them with the passion and energy required, it doesn't matter what style you're playing as they will translate."

Don't just chop a chorus to get a song under three minutes for radio. Make the song the best version of what it is and if people like it then great. If they don't, then that's great also as you can learn from it.  But if you start chasing the latest trend, you're always going to be behind. Remember, music currently trending was most likely created over a year ago so my advice is to just be yourself. Then things will happen for you.

What are the most underrated pieces of kit for new acts when it comes to being in the studio?

I think the most underrated piece of kit for a new act is the ability to record fairly decent demo recordings at home. This is super important as it will allow you to try things out. You can experiment and do pre-production at home to save time (and probably money) when it comes to making the master recording.

That being said, creating a home studio environment can be expensive so try and stick to the basics and build up over time. It's amazing how much you can do with free software like GarageBand. Buy yourself a mic, a laptop and a pair of headphones and you've got yourself a remote studio you can take anywhere.

What does the future of studio recording look like?

With technology moving as quickly as it is, it's an ever changing landscape for studio recordings.

There will always be a need for a recording studio, but more importantly, it's the people rather than the bricks and mortar that are vital. Having amazing equipment is no substitute for being able to write a great song or produce an amazing performance from an artist."

These are the talents that make or break a hit record, not whether you record using a mic John Lennon once spat in.

What’s your top piece of advice for aspiring producers/musicians?

For producers just starting out, it's super important to work in as many genres as possible. Go out to gigs, networking events and open mics and offer your services to artists/bands that you love for free to build up your portfolio. It's generally better to work for free than cheap so you don't devalue your service. Listen to podcasts for tips and advice, look for work experience placements at studios (although they are tough to find) and just live and breath your craft.

For musicians, you should be looking to play in as many bands as possible across as many different genres as possible. My biggest piece of advice for any musician is to work on refining your taste, to help you play with soul and feel rather than to show off with as many notes as possible. The biggest mistake we find with session musicians is that they try to fill every gap and play too much. Most of the time the simple, tasteful part is best for the song.

What current projects are keeping you busy? And what does the future have in store?

We work with a variety of acts in just about every genre so it's always varied. The diversity often crosses over between projects too, which can lead to really interesting and unique flavours that you wouldn't normally think of.  This week for example we have artists recording folk, pop, rock, EDM, and Gospel, plus TV composition work for 'Masterchef' and even an audio book!  The future is never dull and we look forward to expanding our business to include more studios, higher profile artists and of course - global domination!

Visit therecordingstudio.london to find out more.

If you’re looking to become the next Rick Rubin or Kanye West, or turn heads with your own unique production style, ICMP’s pioneering approach to music education will provide everything you need. Our Music Production students all benefit from fully equipped recording studios, Mac Labs, world-class gear, an exceptional team of tutors, masterclasses, exclusive events, collaborative opportunities, and a curriculum that covers studio and live work, engineering, composition, advanced skills, business, and professional development.

You can even book our facilities for personal use outside of class hours, seven days a week, free of charge.

To completely immerse yourself in your music career, chat with our friendly Admissions Team via email (enquiries@icmp.ac.uk) or give them a call on 020 7328 0222.