How to be a music producer with Catherine Marks

The Grammy winning St Vincent producer unveils her recipes for sonic success in the studio... 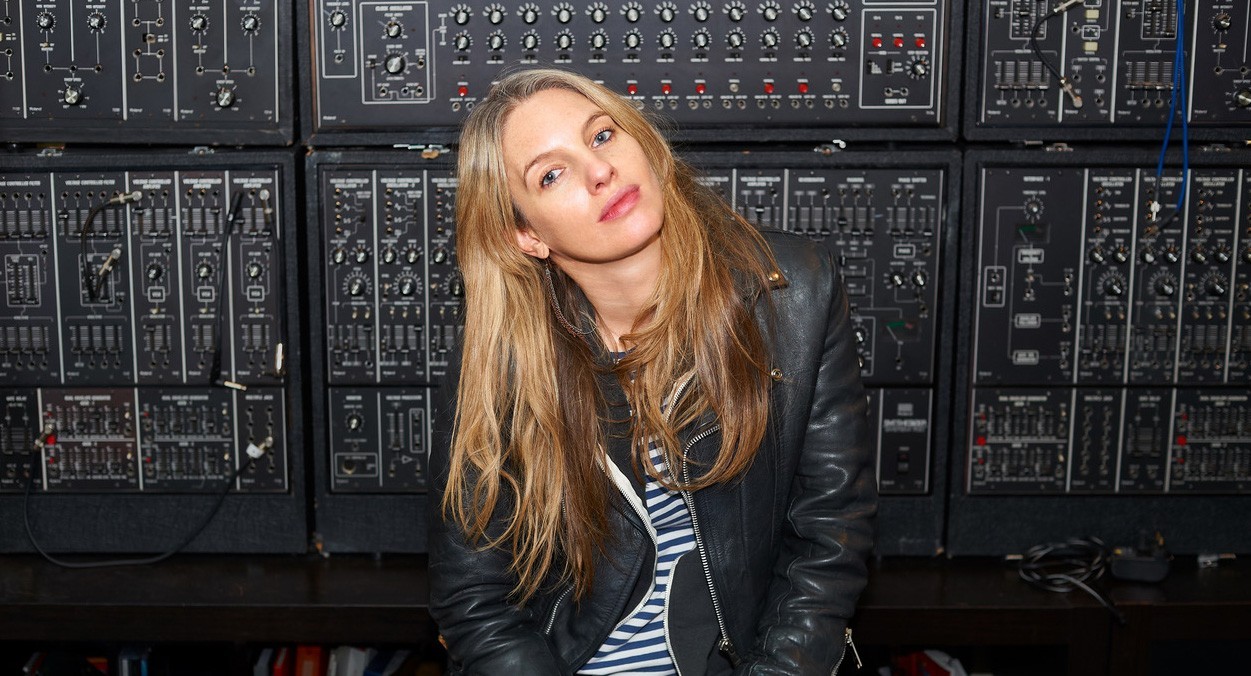 As a music producer, engineer and mixer, few are in demand as much as the super talented Catherine Marks.

Catherine has made a name for herself as one of the best at getting brilliant performances from new talent, with recent projects including music for the likes of The Amazons and The Big Moon.

Her skill and prowess has been rewarded by the industry, with Catherine winning Best Producer at the Music Producers Guild Awards in 2018 and picking up a Grammy for her mixing on St Vincent's critically acclaimed 'Masseducation'.

So we were delighted to be able to spend some time with this talent, learning her tips for studio success. Check out her tips and essential advice...

How did you start off your music industry career?

My breakthrough was meeting Flood when I was 21. I was living in Dublin and hanging out with a lot of musicians. Even though I was studying architecture, I was getting very inspired by all the music that was going on there at the time.

I think I mentioned to Flood in passing, not really knowing who he was, that I might like to get into music production, and so he gave me my first opportunity.

That wasn’t until years later. I moved back to Australia at the end of 2001, then finished my degree. Then, after keeping in contact with Flood, he eventually had an internship available for me in London. So I moved over here in 2005.

Were you always attracted to music production?

When I was young I wanted to be a performer, but I couldn’t sing and experienced stage fright. Then I was in a band back in Melbourne and we recorded an album. I really enjoyed that process but didn’t understand how anything worked. I was not tech savvy, that’s for sure, but there was something about it all that excited me.

I guess I wanted to be involved in making music, but I wasn’t sure what part of the process, so I came back from Australia to the UK to discover what it was.

On the job. I read loads of manuals, but then it was practical application and just watching other people do it.

One producer taught me about gear and said, 'By the end of the week I want you to remember all the mic names.' I learned piece by piece but at the start I remember walking into a studio and thinking: ‘I don’t know what any of this does’."

How do you approach each project? Have you a set way into your music in mind when you head into the studio?

It’ll depend on who I’m working with, whether it’s a band, or a solo artist, or what we’ve discussed in preproduction and rehearsal, as well as budget. Every situation is different, but usually my approach is to, hopefully, make a really good record!

I definitely try and be very conscious of not trying to do the same thing for every project, or at least keep the approach different. It means I learn something new each time and it keeps me on my toes.

How do you get the high-profile acts to back to you?

I like to think I bring something different to the studio. Whenever I work with someone, it’s quite all-encompassing and absorbed. There are a lot of phone conversations, meeting up, and getting to know the person, getting to know what they want. Once I’m in the studio, they’ve got me, whether it’s for three weeks or six weeks. But that is my main focus. They’re getting 100 percent of me.

Have you any advice for artists who might be gearing up to enter the studio for the first time?

Treat the studio as an extension of whatever equipment you’re used to. It’s just a better-sounding room with possibly better equipment, but don’t be scared of it. It’s a place where you can experiment - if you have this mind set, then there’ll be less pressure to get it right."

That way you’ll get a better result because you’re not as rigid. But also be very well prepared and well-rehearsed, kind of have an idea in your mind what you want to achieve. Listen to people who want to help but be firm if you’re not getting what you want.

Have you got any advice for aspiring producers entering the studio for the first time?

I’d suggest the same approach as artists and don’t be afraid to use stuff. It’s also okay to ask questions about how something works, whether it be the best mic for drums or best amp for guitar on a particular sounding track. You don’t have to pretend to know how everything works. That’s basically how I learned. You’re not expected to know everything about every single bit of gear.

Just be well prepared, have an idea in your mind about what you want to achieve in the time that you’ve got the studio for. This means you  can be efficient because studios are expensive.

The world of music production is seen as male dominated – are women treated on an equally? Is it getting easier to be a woman in the studio?

I’ve never really had experiences where I felt like I wasn’t welcome. I felt like, yes, it is a ridiculously competitive industry, and especially when you’re starting out. God, even now the interns we have are really competitive. It was the same 30 years ago when my mentors were starting out, but I think you’ve just got to be really good. Whether you’re a guy or a girl.

Being in a studio is a very intense and unique environment to work in. If you’re working in a studio with someone for 12, 14 hours a day, all emotions are heightened and magnified."

I do know that there are a lot of women who haven’t necessarily had a good experience. But to be honest, it’s the same for the guys as well. That’s my genuine experience. Sometimes it hasn’t worked out, because this is about personalities connecting, and you’ve got to be able to spend a lot of time with people.

Which of the projects have you felt like you’ve most enjoyed and most connected, I guess, with the artist?

I pick projects now based on meeting the artist. Obviously the music is important, but I always need to find a connection with it in order to get something out of the experience.

I remember, even when I was working as an assistant and we’d be doing 25 funk-jazz tracks in, like, three days, I was like, 'this is not the music that I’m into, but I have to find something that I connect with about it in order to suffer through.'

I’m working with Frank Turner and another artist called Roman Lewis, and then I’ve got some time off in the middle of the year, or at least I’m trying to [keep] some time off. Then from August I’ve got loads of other projects, possibly doing another Manchester Orchestra record. There’s lots going on…

Visit catherinejmarks.com for more. Listen to 'Mother' by The Amazons.

If you're keen to follow your passion and carve out a career in music production or sound engineering, then why not join us here at ICMP? You'll learn in our state-of-the-art music production facilities, from some of the best tutors in the business, and also gain insight and advice from regular masterclass guests such as Andrew Scheps and Mark Ralph.