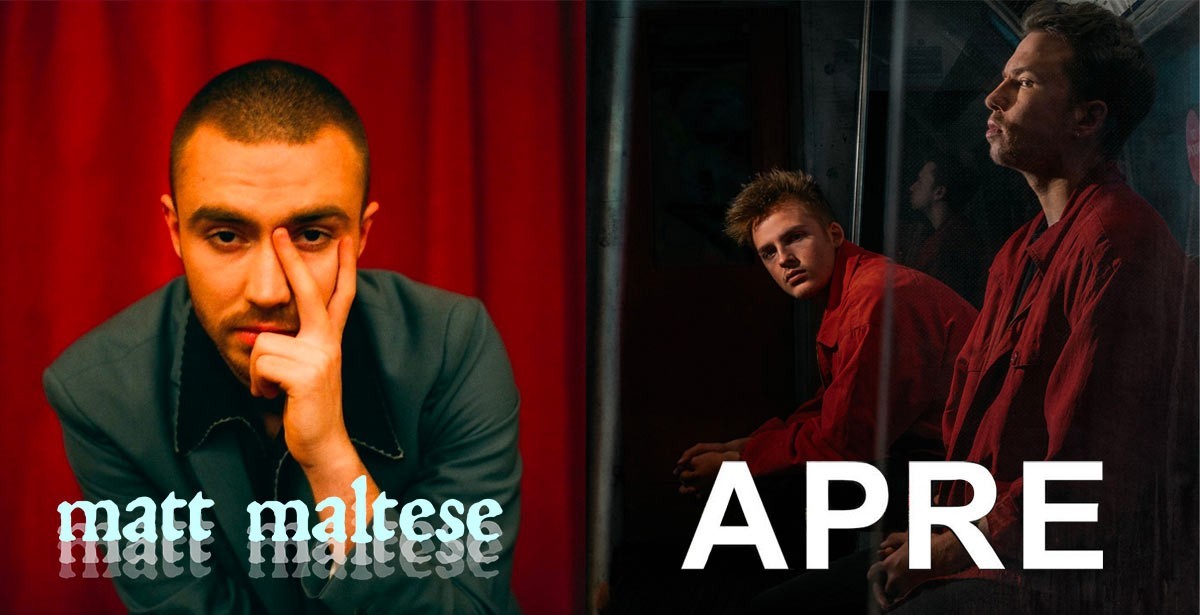 Our BA Creative Musicianship degree helps inspire the next generation of music makers.

We know this as many of the programme’s alumni go on to taste music industry success at the highest level.

The course enables students to explore their artistic and professional identities, and supports this with all the performance, production, business and entrepreneurial skills they need to take their careers to the next level. Our graduates are not just musicians but highly skilled creatives and entrepreneurs equipped to succeed in today's every-changing industry thanks to the course's mix of theoretical and practical study.

Get to know some of the BACM’s latest industry success stories Apre and Matt Maltese, two artists currently lighting up the world of indie/alternative pop thanks to a combination of brilliant songwriting and a unique approach to music making...

Full of articulate and accomplished songwriting, all cut through with a sardonic wit which has earned Matt comparisons to the likes of Father John Misty, he has just released the follow up 'Krystal' to similar acclaim.

According to the NME, his latest record is:

Often devastating, yet also darkly humorous - even in the most depressing circumstances, Maltese is able to recognise the comedy of it all. A step forward and a look back to where he came from, this is one of Britain’s most magical songwriters at his enchanting best."

While at ICMP, Matt engaged with our Careers and Industry team, who not only provided him with a sounding board for his songs but also advised him through some of the early stages of his career.

Matt met Pete Simmons from Universal Publishing during an A&R one-to-one session at an ICMP Careers Day, organised by The Hub. Following the meeting, Matt went on to sign a deal with Universal. He also performed at one of our Songwriters' Circle events, alongside  Natasha North, and as a result was asked to open for her on the London dates for her tour.

With his new record released, we're crossing our fingers that 2020 should see Matt out on the road with some more new music also on the horizon. Heartbreak has never sounded quite so good...

Visit facebook.com/MattMaltesemusic to find out more.

The pair begain writing and collaborating together while studying with us, going on to sign a deal with Polydor and releasing their addictive debut single, the instantly hummable' All Yours'.  Taking inspiration from the likes of Bombay Bicycle Club and Foals, the anthemic track was supported by BBC 6 Music and Radio 1 and propelled them to plenty of festival stages throughout the summer of 2019.

With performances at SXSW in Austin Texas, The Great Escape in Brighton and Glastonbury Festival, things have escalated quickly for the pair with live tours taking them all over the world and more new music in the form of recent EP, 'Everyone's Commute' and ' 2.45'.

Luke Toms, BA (Hons) Creative Musicianship programme leader and tutor, supported them throughout their journey at ICMP. He recalls:

They were very committed and constantly writing. Their sound was embarrassingly cool. Jules is a great guitarist. Charlie joined ICMP as a Drums student, though everyone soon realised that his voice had serious potential. It’s a very interesting voice, quite crooner-y, with a sadness to it. We worked extensively on bringing those traits out even more."

Apre will be back out on tour in 2020 with more new music promised.

Visit facebook.com/apreband to find out more.

Our Admissions Team are on hand to help you, call them on 020 7328 0222 or email enquiries@icmp.ac.uk. You can also book a place on our next Open Day.

by ICMP staff writer
December 18, 2019
Creators
Back to Blog Home