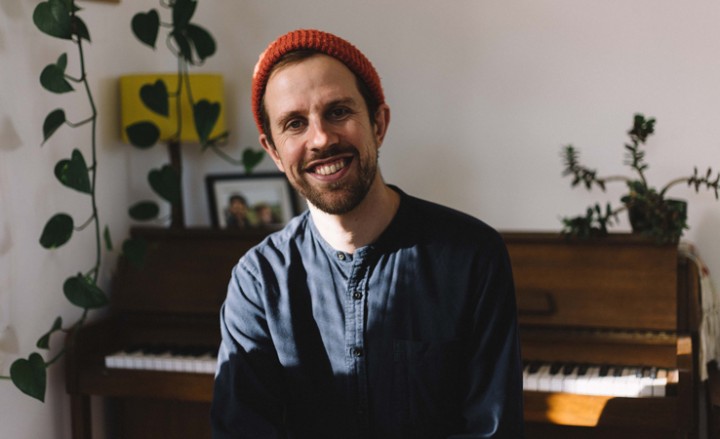 Jamie Doe is a British/Australian singer-songwriter, composer and teacher. He is best known under the moniker of The Magic Lantern, with which he has released three albums. His work has been championed by numerous publications including The Guardian as well as BBC Radio 1’s Huw Stephens, BBC 6 Music’s Guy Garvey, Lauren Laverne, Gideon Coe, Tom Robinson, BBC Radio 3’s Late Junction and BBC Radio 2’s Jamie Cullum and Mark Radcliffe among others.

As a guest vocalist Jamie has performed with Jamie Cullum at the BBC Proms, sung on a BBC Folk award-winning track by Sam Lee, recorded and performed with Sikh virtuoso Manika Kaur, and performed for the Queen and 50 Heads of State at the Opening of the Commonwealth Heads of State annual meeting. He is the resident vocalist with the contemporary classical Phaedra Ensemble with whom he has performed and recorded work by Laurie Anderson, Samual Barber and Julius Eastman as well as newly commissioned work by Leo Chadburn and Jamie Hamilton.

As a songwriter and lyricist, he has written for Emilia Martensson, Maria Chiara Agiro, Emily Wright, Trevor Kowalski and Alex Curtis among others.

Jamie is an experienced teacher, musical facilitator and workshop leader. He has worked as a mentor on the Barbican Young Songwriters program, taught on the Aldeburgh Young Musicians Programme and been invited as a guest artist to teach undergraduate and postgraduate students at the Guildhall School of Music & Drama. He delivers workshops on lyric writing and creative practice, most recently being invited to work with singers at the Beyond Vocals Festival in Slovenia.

He has a special interest in musicians mental health, having been part of Help Musician’s UK’s ‘Music Minds Matter’ Campaign in 2018 for whom he recorded music in Abbey Road Studios. He has also made a record of other artists versions of his songs, including This Is The Kit, Wallis Bird, and Rozi Plain, for the male suicide prevention charity the Campaign Against Living Miserably (CALM).

In addition to teaching at ICMP, he currently leads creative drumming workshops with autistic children at Hackney’s specialist ‘Garden School’ and is set to release his fourth album ‘A Reckoning Bell’ in Autumn 2021 for which he has been supported by the PRS Open Fund.

Call our friendly Admissions Team on 020 7328 0222 or email enquiries@icmp.ac.uk to start your career in music today. 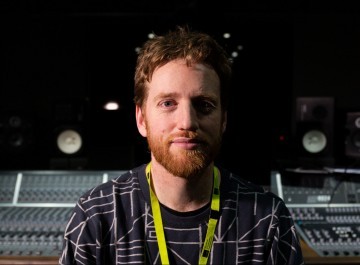 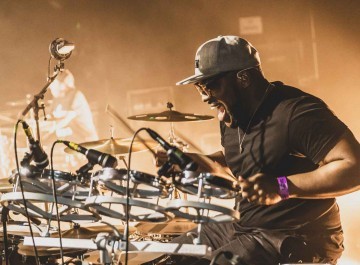