Exploring our Masters in Songwriting

Home » Exploring our Masters in Songwriting

The next stage in a writer's personal journey

Explore the art and craft of contemporary songwriting on this practice-based, industry-led programme, placing your development as a songwriter in a critical and contextual setting. Taught by a faculty that includes number one writers as well as two Mercury Prize nominees.

ICMP's Masters in Songwriting offers writers and creatives a fantastic opportunity to not only write songs but investigate why and what they write.

Postgraduate study offers writers the freedom to shape their own learning, to define, then push their boundaries. Not only do students write and learn about song, but they follow new lines of intellectual enquiry to investigate their own creativity.The spirit of self-directed study and level of intellectual and academic enquiry throughout the modules is unique to our MA Songwriting programme, as well as the calibre of guest faculty who come and lecture at ICMP.

A mixture of musicians, writers and performers

ICMP's postgraduate songwriting programme attracts a variety of students, from recent graduates through to industry professionals looking to refocus and change their identities as writers.

The programme also draws many writers who haven’t been able to dedicate as much time to their writing as they’d like to. These are often writers who have chosen to pursue completely different undergraduate study routes, but now wish to invest and focus their energy on cultivating their passion as songwriters.

Why study the MA in Songwriting?

​​ICMP's unique songwriting programme encourages students to disregard established personal approaches to songwriting and engage with their writing from a new perspective,

From the first module, students are asked to throw all of their creative values and expectations into the air. We give our students the tools to not only write songs, but for them to question why they write and what they want their songs to be.

The main motivation is to enable students to access their best songs, something we believe they can only do once they fully understand what they want them to look and sound like.

Students work through the programme writing at least one song every week, ensuring that each student leaves with a substantial body of work.

ICMP is an incredibly vibrant creative community and collaboration is actively encouraged across all programmes. MA students regularly engage in small ‘A&R-style’ feedback, and critical discussion groups, with their professional songwriting tutors and talented peers, regularly critiquing each other’s works-in-progress across the course of the year.

Studying the masters course in Song writing at ICMP is not just joining a course or institution, but becoming part of a tight-knit musical community.

The Songwriting faculty includes number one writers as well as two Mercury Prize nominees. Our community is split 50/50 across gender not just on faculty but across the student body, this is particularly unusual in schools of contemporary music.

“We’re very much a family who love song and our passion for songwriting is at its heart.”
Sophie Daniels MA Songwriting Programme Leader

Our Songwriters’ Circle is a great example of the ICMP community, a monthly event which sees students and alumni performing alongside tutors and special guest artists. The event has recently seen guest appearances from Frank Turner, Ben Earle (from British country sensations The Shires) and alumna Elena Tonra (from Daughter).

Folk band Daughter were formed at ICMP by Elena, Egor and Remi. The band remain close to the department and Elena regular performs and participates at our events, composing new material specifically for these shows.

The teachers are great. The fact they all have relevant industry experience means you’re getting more than just music tuition – you’re learning about the business; they’re legends.”
Elena Tonra (Daughter) ICMP Songwriting Graduate

What can students study?

Students have the opportunity to study subjects and topics unavailable anywhere else and connect with songwriting’s leading academics through the faculty.

From exploring the history of traditional folk songwriting to musical theatre, the course offers students the opportunity to design their own programme of study and pursue lines of enquiry tailored by them.

Our Songwriting Musicology is the only such module in the world, giving students the chance to intellectually study songwriting by investigating their favourite writers.

The programme culminates in the Major Repertoire project where students develop a large-scale piece of repertoire work, which is typically a debut album.

Students are each allocated an expert, individual supervisor/A&R to help guide them through the project with regular one-to-one support. This mentor will be hand-picked to suit the project from either within the ICMP Songwriting faculty or outside in the wider UK songwriting industry.

Our faculty includes Dr Felicity Baker at the University of Melbourne, an expert in songwriting as a form of therapy. Guest lecturers include Dr Simon Barber, Professor Andy West and Professor Pat Patterson, three of the world’s leading songwriting academics.

“We’re connected with many leading academics and artists placing us in a unique position to support great ambition. These are relatively new fields of study and we’re one of the only departments exploring them.”
Sophie Daniels, MA Songwriting Programme Leader

The research undertaken within the programme's 'Major Repertoire project' has produced some fascinating and highly insightful work. A recent example came from a student who wrote a deeply personal album, documenting his experiences and journey through mental health. At its heart, was the great tradition of folk singer-songwriters. The research involved ultimately produced a mixture of folk heritage coupled with a modern critique of human nature. Resulting in the production of a highly-accomplished debut album.

The album was realised through extensive research into the history of singer-songwriters, looking at the birth of the scene in the fifties through to investigation into the history and notion of the term ‘singer-songwriter’. The research explored what had been written about singer-songwriters, as well as the tradition, and what they’ve said about themselves and the role they’ve played within society. The outcome, of this research, empowered the student creatively, allowing them to actively shed their concerns around the validity of writing about mental health; politics; selling records; and also neutralise the notion of selling-out by being too commercial. Through this research-based enquiry, the student was able to clear his mind of all this, and then sat down to write an astounding record. Essentially, the research was fundamental to his writing and the resulting record would not have existed without it. Here's one of the tracks from the record.

If you need help or further advice just contact our Admissions team who will be happy to assist you.

Open to all creatives

Not just for musicians and songwriters

Our MA in Songwriting is not just for musicians and artists, many of our masters students join us with undergraduate degrees in different subject areas whether that be Psychology, Philosophy or Creative Writing. But they all ultimately have one thing in common, a love for songwriting. The course is designed for those who have written and performed, but now want to take the time to focus on developing this passion. 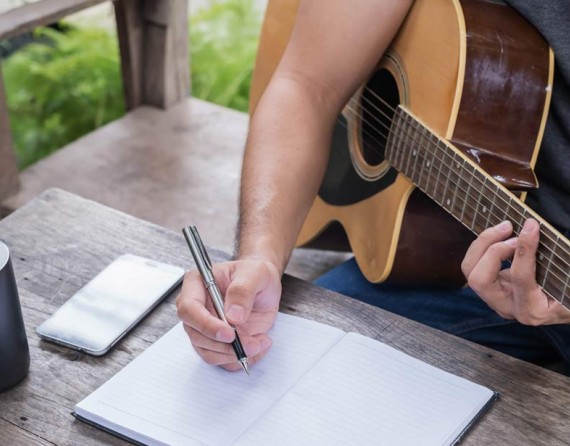 Become part of our Songwriting community

Studying the MA in Songwriting at ICMP is not just joining a course or institution, but becoming part of a tight-knit musical community.

The Songwriting faculty includes number one writers as well as two Mercury Prize nominees. Our community is split 50/50 across gender not just on faculty but across the student body, this is particularly unusual in schools of contemporary music.

UK students studying postgraduate programmes can borrow up to £11,570 per year from the Student Loans Company. This money is paid directly to the student and is sufficient to cover course fees* and also provide a contribution towards living costs. 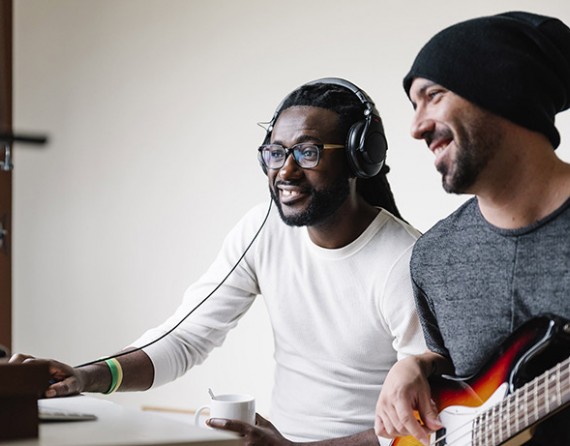 ICMP is the most international place to study songwriting in the UK. You’ll study and connect with music students from all around the world. This global culture of diversity and hub of varied musical styles forms a truly unique musical tribe, making for stimulating learning experiences, thought-provoking classroom discussions and remarkable worldwide networking opportunities.

On top of this, ICMP has a genuinely international outlook as a music education provider, partnering with a range of prestigious, global academic institutes including the Vienna Music Institute, ATLA in Paris, University of Southern California, the Los Angeles College of Music, the London School of Fashion, Rockacademie in the Netherlands, and our London industry partnership, Tileyard Studios. 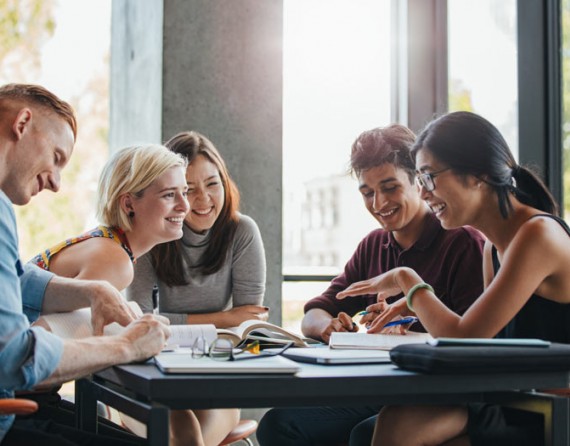