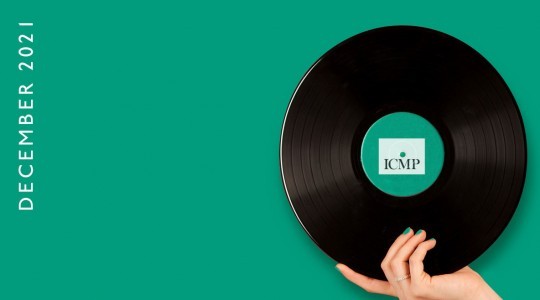 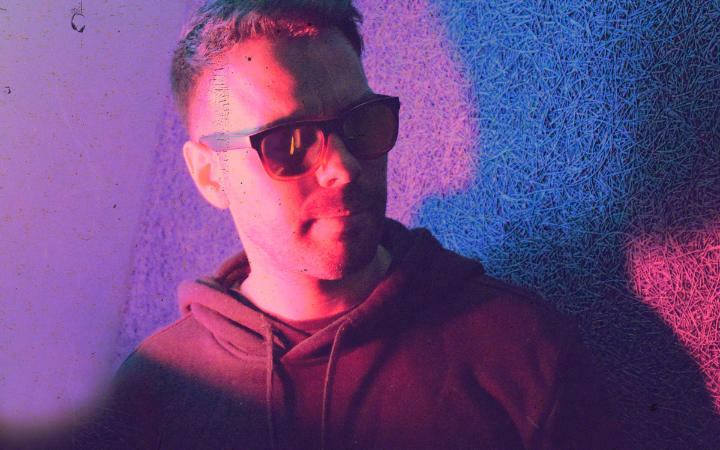 BA (Hons) Songwriting alumn Jesús Correderas (Velazquez), is an independent artist-producer who blends Indie Dance and Flamenco, adding a new playful flavour to the genre while captivating his audience with retro-futuristic and gaming aesthetics.

Velazquez blends traditional elements with modern production techniques to evoke a feeling of retro-futuristic nostalgia and uses this territory to communicate values such as courage, trust and inclusion. His aim is to guide, support and motivate his audience, and his goal to send a message of hope to the world.

Velazquez is now two singles into his independent music project, consisting of six singles and an EP. His second release Magnetism has just released and can be heard on our Release Radar playlist below!

“I wrote this song on my second year of songwriting and it changed my entire music sound. I am especially in love with the lyric concept and the key changes, as I was experimenting with this track to complete certain briefs in class and was not expecting to be so pleased with the outcome.”

SCARLETT SAINT • Locked in this City 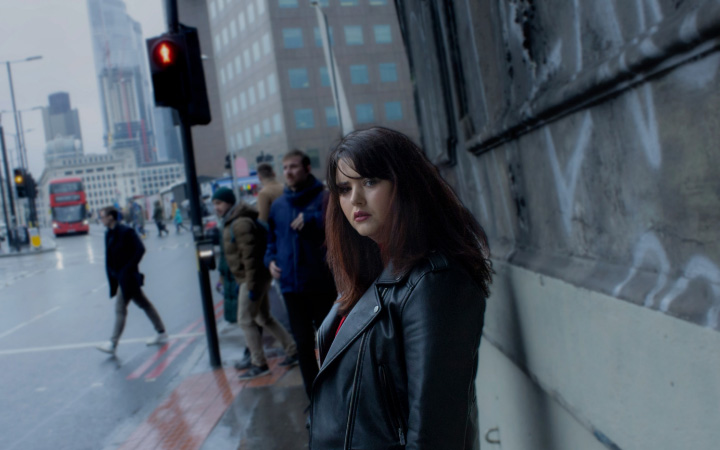 Scarlett Saint is a music duo formed by BA (Hons) Creative Musicianship student and Scottish singer/songwritter Lois Edwards (aka Scarlet) and the French guitar player Fabrice Jaslet. The duo were brought together by a common cross-media vision of blending art and poetry with music.

Their raw but accomplished rock sound combines earthy vocals with moody guitars expressing lyrics with a poetic edge where their fans can hopefully find release and solace, all the songs come from a very emotional place and have an autobiographical feel whilst using metaphorical imagery to convey the emotions.

Scarlett Saint have just released their first single ‘Locked in this city’, explicitly referencing the loneliness and isolation of the past year but also expressing nostalgia, a form of rebellion and hope for a better future.

Talking about the opening act of their upcoming EP Scarlet Letters, Lois said:

“I started off writing the lyrics and melody on a very grim rainy London day and it was written partially during the first lockdown and recorded in the studio during the last, this song features some amazing musicians as all the tracks on the Ep do!” 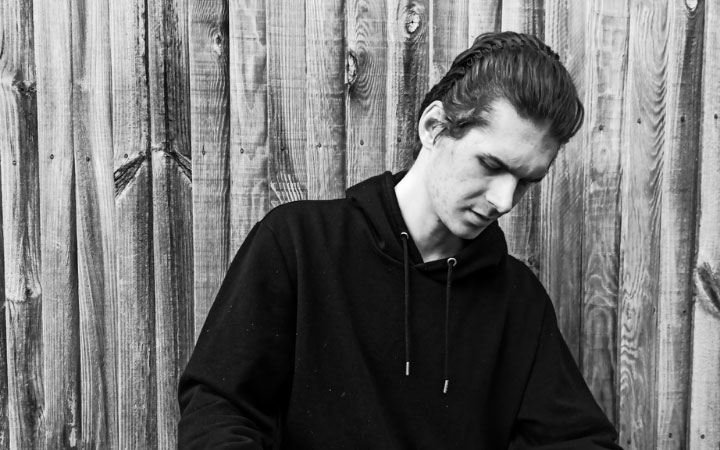 BA (Hons) Creative Music Production student Patryk Marcyniuk is a music producer and sound designer who focuses on experimental bass music. Patryk’s productions are influenced by a mixture of genres from his background as a EDM enthusiast from dubstep to drum and bass.

Patryk’s musical goal is to create fresh and unique vibes within electronic bass music by experimenting with outside-the-box sound design and production techniques.

His new single ‘2am’ is an intimate but aggressive orchestra of noises, basses and synth leads put together with heavy drums taking the listener to a melancholic London’s suburb. The sense of space and range of sounds create a unique industrial vibe of empty streets, underground stations and abandoned warehouses. 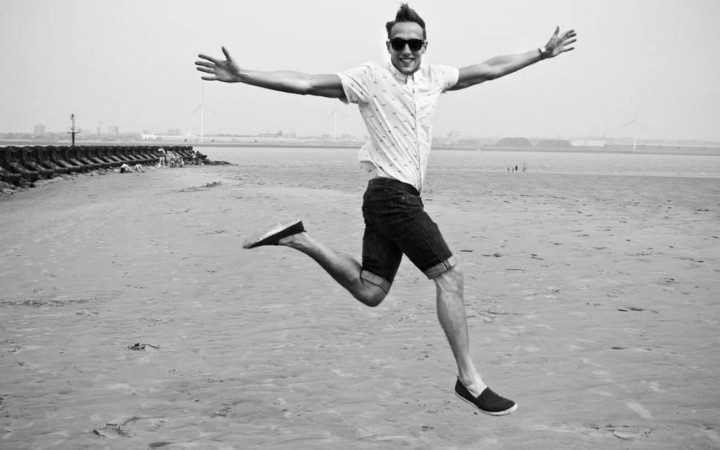 BA (Hons) Songwriting student Paul Usher’s ‘Don’t Show Me Heaven’ is a classic soulful singer-songwriter ballad reminiscent of Carole King and Motown torch songs. It both celebrates the magnitude of love's first bold embrace and culminates by lamenting its loss.

Tinged with doo-wop backing vocals and gospel-style piano, vulnerabilities are laid bare. This production would not be out of place on Amy Winehouse’s Back to Black, the famous Phil Spector style wall-of-sound updated with a modern twist, complete with lashings of reverb and baritone voice.

Giving us a look behind the curtains, Paul said:

“In many ways this song saved my life. My first and greatest love was on the rocks and I didn’t know what to do. I was so enraptured by this relationship and yet I didn’t know what to do to save it. I wanted to just scream ‘I love you’ in the hope that the depth of feeling I had could be heard and felt and understood and returned by him; but I was also scared it may break with the weight of those words. I was lost.”

“At times I wished I’d never experienced this love if it wasn’t going to last, hence the title ‘Don’t Show Me Heaven’ - but at the same time it had changed my life and opened me up to a new way of seeing and experiencing the world that I would never wish to escape from. My piano and the song were my solace.”

The track was produced with the multitalented Takooree and mixed & mastered by Krzysztof Kessler, both of which are ICMP alumni. 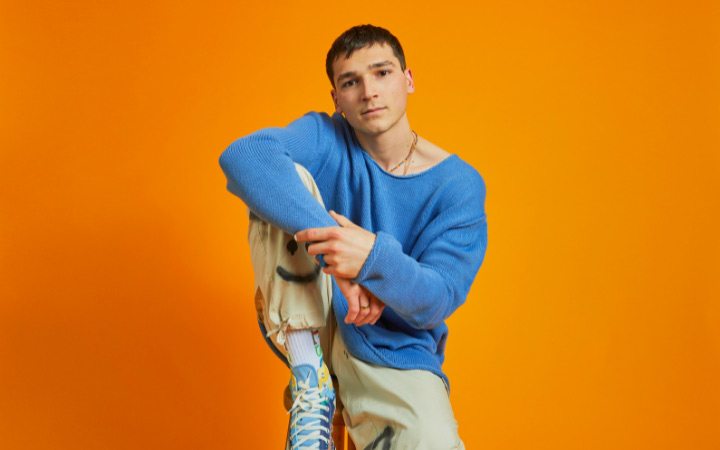 Arin is an Electro-Pop artist from Portsmouth and a student of ICMP’s BA (Hons) Songwriting course. First and foremost, Arin has a passion for writing songs about falling in love.

“Some would say it’s overrated and cliche but there are so many unexpected and beautiful moments that transpire when a relationship unfolds in an unexpected way, even if those things don’t stand the test of time.”

What started as a two-chord guitar loop became Rome in less than a day when Arin sat down with his producer and the song came to life almost effortlessly. As the final single before the release of his debut EP, Arin is incredibly proud of this song and can’t wait to play it live and dance his heart out to it.

'Rome' was written and produced with two other ICMP students called Noah and Hugo. We work very closely together to create music and it's so nice to know we have found a great musical circle to create within.