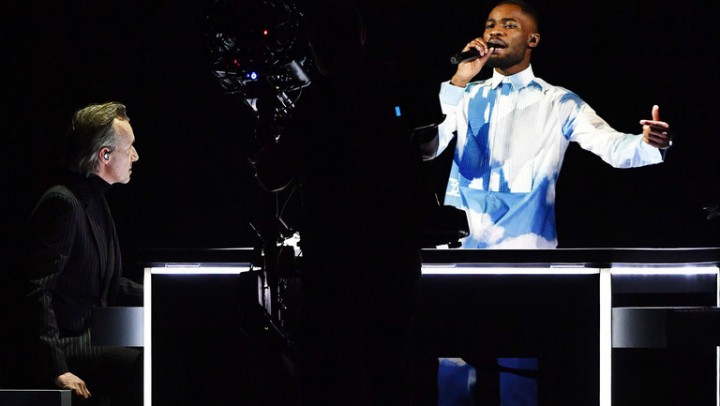 ICMP alumni performed on stage at the BRIT Awards 2020 helping some of the UK’s brightest stars shine during the event’s 40th-anniversary edition.

The event saw the great and the good of the music industry come together to celebrate achievements of the last 12 months with winners including Stormzy as Best Male, Billie Eilish as Best International Female and UK rapper Dave, who took home the gong for best album, ‘Psychodrama’.

Dave delivered an inspirational version of his track, ‘Black’, with his performance proving to be one of the most talked-about moments thanks to his pointed lyrics calling out politicians and the media.

His producer, Fraser T Smith (who has also worked with Stormzy in recent years), joined him on stage. Ivor Novello winner Fraser is an ICMP alumnus, having previously studied guitar with our director Pete Whittard.

Both are now members of Harry's touring band and embark on a huge world tour with him starting in April.

During the night, Lizzo performed a high-energy medley of some of her greatest hits, joined by drummer and ICMP alumna Hannah Montrose.

Finally, after picking up the award for best male solo artist, London legend Stormzy brought the fire and the rain to the O2 arena.  During the finale of his epic set, Stormzy was accompanied by BA(Hons) Songwriting alumna and recent collaborator Tiana Major9, as well as Drums alumnus Matty Brown.

Watch the performance below and congratulations to all five of you!

Study Music in London with ICMP