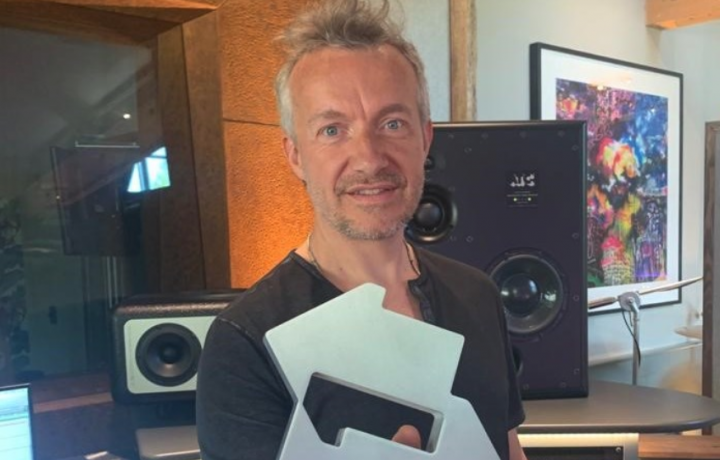 ICMP alumnus Fraser T Smith has hit the top of the UK charts, producing the BBC Radio 1’s Stay Home Live Lounge Allstars cover of ‘Times Like These’ by the Foo Fighters.

Artists including Dua Lipa, Coldplay’s Chris Martin and Bastille were among 24 to feature on the track, which was recorded during the Covid 19 lockdown.

The song went from number five to the top slot with 66,000 chart sales and is the first song by the Foo Fighters to top the charts in the UK.

All the performers were sent a backing track with percussion played by Foo Fighters drummer Taylor Hawkins. It was then down to Fraser to bring the home-recorded performances together and produce the final version.

Speaking to OfficialCharts.com, Fraser said: “To have produced this number one with the Live Lounge Allstars means the world to me.

Every artist stepped up to make this a truly soulful version of the Foo Fighters classic, and I want to thank the incredible Radio 1 team, DJs who have supported it, and everyone who’s downloaded and streamed this song to raise so much money for all the charities, in the fight against Covid 19.”

In an interview with the BBC, Fraser discussed some of the challenges in pulling the track together.

He told the news provider that the creative limitations imposed by the lockdown are pushing artists to be more innovative.

As an artist, you have to create, and with limited resources, people are now having to dig in a bit with how they are going to record. It’s so easy to do stuff on your phone, it’s great."

Proceeds from sales and streams of the track will be split equally between Children in Need and Comic Relief to provide essential support to people across the UK who will be significantly impacted by the coronavirus crisis.

Fraser has enjoyed great recent success, performing on stage at this year’s BRITs with Dave on his version of ‘Black’.

Other credits include producing Dave’s debut album, ‘Psychodrama’ as well as Stormzy’s number one records, ‘Gang Signs & Prayers’ and ‘Heavy Is the Head’.