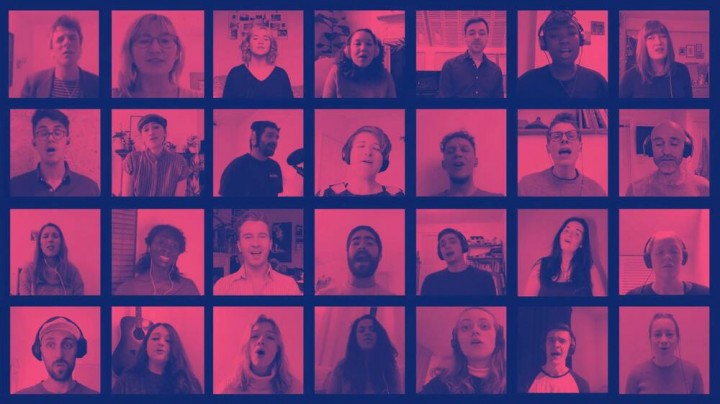 As the UK faces a nationwide lockdown with much of the population self isolating and social distancing, the choir has released a cover version of Cyndi Lauper’s ‘True Colours’ performed from choir members’ own homes.

The video has since proved to be a viral hit and led to Camden Voices featuring on the BBC World Service.

Commenting on the choir and performance, James said:

“I’ve been singing in the choir for more than four years and it was one of the first things I chose to do when I first moved to London as I really didn’t know anyone.

We knew the coronavirus was going to affect us massively, and we ended up having to cancel all our upcoming gigs and rehearsals. This was a way to not only keep us singing but hopefully inspire others with some nice music!"

The choir features 30 members and has performed at a variety of venues including The Roundhouse, the Union Chapel and Southbank Centre, alongside making appearances on ITV and BBC Radio.

Watch the performance below and visit the Camden Voices website to find out more.