Home » Blog Articles » Viktor Hurskainen: How to be a composer

Viktor Hurskainen: How to be a composer

Our alumnus tells us how his studies at ICMP turned him on to the world of composition and sound design... 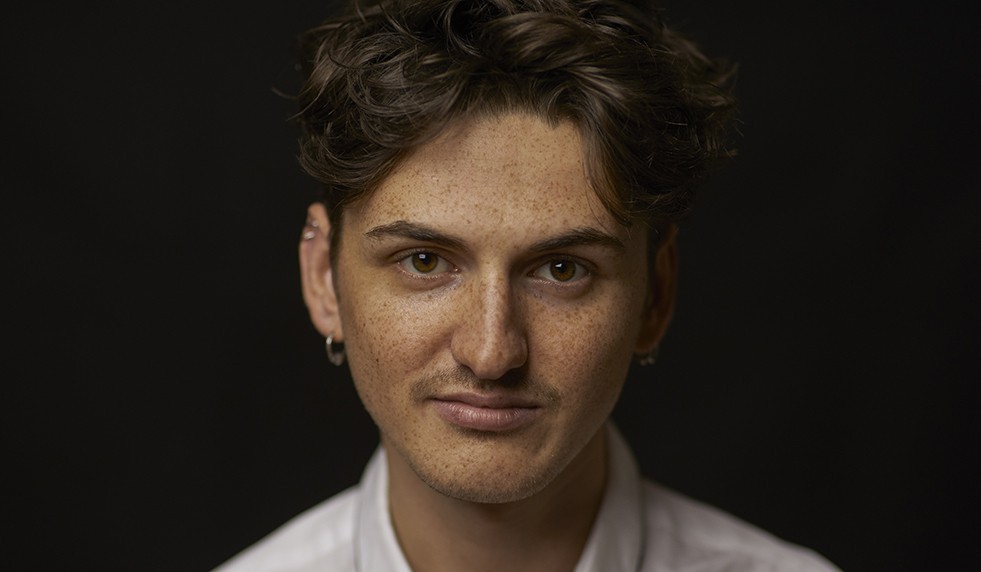 The world of composition and arranging is one many students enter at ICMP thanks to the talents of our tutor Audrey Riley.

Audrey runs modules as part of our BMus degree exploring both with her students including the the very talented Viktor Hurskainen. Originally from Finland, Viktor came to the UK to study with guitar with us before having his musical head turned towards composing.

Now fully immersed in making music for adverts and other multi-media, we caught up with Viktor to find out more...

How did you get into music?

My older brother got a guitar for Christmas when I was younger and I was so jealous that I just had to get one myself. A year later I got one – then I had to figure out how to play it!

I played guitar for a long time, about ten years before coming to London. I had hardly any knowledge in harmony and theory and was very focused on just playing, not necessarily understanding the music.

What drew you to ICMP?

We have a very limited choice of music schools back in Finland and not one of them fit what I wanted to do. I wanted to come to London since it’s one of the musical capitals of the world. I studied the Higher Diploma first, then moved on to the BMus in Popular Music Performance. It was during the second year of my BMus that I got into writing music for media.

What were the big things you learned while studying at ICMP?

I learned the rules and theory around music. My family aren’t musical at all so I had to work hard at figuring out this language of music.

Audrey Riley was a great inspiration for me at ICMP. I felt interested and encouraged to write orchestral music and move away from the more pop-orientated and guitar-based style I was into before."

I think I became a bit bored with playing guitar as there are only six strings. Arranging and orchestrating gives you a much wider musical palette and that really inspired me.

What’s been keeping you busy since you graduated?

I’ve been writing for adverts, short films, a web series called ‘The Vervet Forest’ and other media projects since I graduated. I think it’s important to keep busy and keep writing music in different styles for different purposes to broaden your musical vocabulary and develop your skills. To me it feels more secure and more exciting than just depending on one thing.

What projects are you working on at the moment?

Currently I'm doing a postgraduate course in composition for film and TV at London College of Music. It's a year-long, full-time course, so it keeps me very occupied.

Over the summer I wrote music for the award-winning short film ‘Francesca’ as part of the 48-hour film festival Uneton48 in Finland, in which teams are given a theme on Friday night and have 48 hours to deliver a finished film.

Another recent project I worked on was a short film called ‘Conviction’, which is based on a Slamdance-winning screenplay and is currently going around film festivals in the US.

How do you got about securing work when it comes to music media and sound design?

The people you work with will hopefully recommend you to other people. But you also need to put yourself and your work out there. Getting in contact with people who do the kind of media you want to work with is important. And of course, there are random encounters; the web series I did is about a monkey sanctuary in South Africa. My girlfriend was there doing volunteering and met this guy who was filming the series. She mentioned I do music and gave my details and I ended up getting the job to write music for the series – super random!

What are the biggest challenges in writing music for these kind of projects?

The deadlines can be quite crazy, especially for adverts. They usually need the music yesterday, so you have to stay up all night to figure it out. I guess other than that, it’s learning, getting better and constantly pushing yourself so you keep improving."

It must be a competitive world you’re working in?

Recommendations and luck help but you need to make sure your music stands out too and has a voice of your own. Working with directors and producers you need to be able to follow their rules as ultimately it’s their vision you’re trying to realize, but at the same time you still need to make it your own and make it stand out.

The world of media is huge now – are there any formats you’d like to work on that you haven’t done yet?

I haven’t done a game yet – film is very linear whereas games tend to work more in loops that go over each other. It’s a different way of writing and bringing out the world that the game inhabits – it’s an interesting way of creating music.

What’s your top piece of advice for aspiring composers?

​Visit viktorhurskainen.com to find out more.

If you're interested in following in Viktor's footsteps by developing your musicianship,  learning from our regular industry guests and collaborating within the vibrant ICMP creative community, then speak to our friendly Admissions Team. They're on hand to help you find the right course that matches your ability and aspirations.

by ICMP staff writer
October 30, 2018
In the studio
Back to Blog Home