Home » Blog Articles » Syncr | How to Get Started in Music Sync

Syncr | How to Get Started in Music Sync

Syncr's co-founder Ricky Hill offers essential advice for any artists wanting to get into the world of sync... 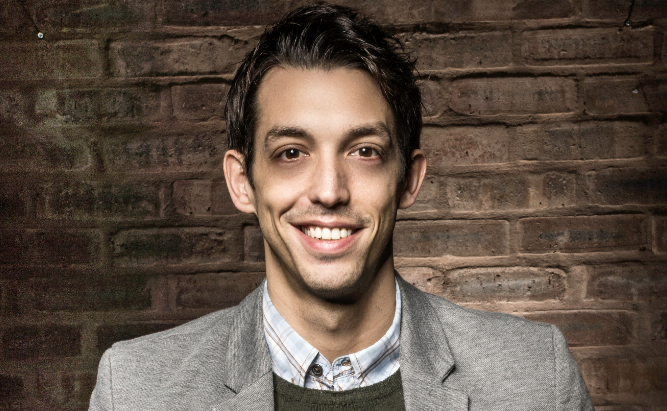 Music sync for films, TV shows, ads and videogames can be a highly creative and lucrative sonic world for composers and producers to engage with.

At ICMP, we've responded to this with the launch of a new BA in Music Production for Film, TV and Games and a new partnership with Syncr, an online platform looking to connect musical creators with opportunities with brands and TV producers.

With ICMP students and alumni entitled to heavily discounted offers with Syncr, we caught up with co-founder Ricky Hill to learn his tips for any songwriters and producers looking to see their music synced...

Could you talk about your way into the world of music sync? What led you to where you are now?

It wasn’t really the world of sync that inspired us to create Syncr. In fact, it was more about creating a unique platform for songwriters, composers, artists, and producers to get access to music opportunities that were otherwise hidden behind closed doors.

We wanted to create an environment that allowed artists to have the same opportunity as everyone else, regardless of where they were at with their own music career. We wanted the music to speak for itself, not the Spotify metrics or social media fan count.

Sync naturally became a massive part of our offering due to the nature of some of the ‘briefs’ we get in, and honestly some of the fees attached to them. The big high level exposure briefs always come with licence fees fitting of the exposure. These are obviously lucrative for the artist, not only because it gives them a new platform from which to be discovered, but it helps fund their career.

How can aspiring music students get their music in front of music supervisors? Where should they start?

Well, other than Syncr (of course), it’s about connecting with the right supervisor. You can easily find out who the supervisor was on a project, just wait until the credits at the end. Then, reach out to them via Linkedin or Twitter (or equivalent). The key take away here though is they are bombarded with music all the time. Often it’s not relevant for the projects they’ll be working on currently, so please do your research before sending a supevisor who typically searches for ambient, instrumental music some happy hardcore banger.

Also, while you may want to give a short intro on yourself, music supervisors are super busy people, and they just don’t have the time to read through everything that comes their way. If you didn’t have something that would work for them on this occasion, please don’t be too put off if you don’t get a response. It’s honestly just a time thing.

How can new artists improve their chances of having their music synced?

Research what music supervisors look for. How they want to receive it. What they look for sonically. ALWAYS, make sure you have an instrumental version of the track ready to, just in case you are asked for it. Trust me, you’ll need it quick."

As I’ve already mentioned, make sure you are sending appropriate music to the right supervisor. Research what they are working on now, and see if you feel you and your music are a good fit. Don’t just blanket email everyone with you links.

Finally, sync can be a long game. Don’t be disheartened if you don’t hear back after spending one weekend researching and contacting supervisors. You need to be in it for the long haul. Remember it doesn’t just need to be your latest release that you try and place, if you have tracks that are months, or even years old, there’s nothing to say that won’t be your springboard.

Have you any advice for musicians on writing to brief? What are the best ways to go about it?

Try and understand what the brief is actually asking of you. Get a feel for the emotion behind the piece. It isn’t always about writing a Dua Lipa banger, it’s about writing a piece of music that not only supports the visual, but truly lifts it to a new dimension for the viewer.

Obviously it goes without saying that the production needs to be of a certain quality in order to be considered, but make sure you really drill down on the identity of the music and picture how you could see it working in connection with on screen characters.

And again, do the research. Understand the music supervisor on the project, look at what they’ve worked on before and understand the choices they made when placing music in that film / show.

At what point in their careers should artists start thinking about sync as a potential income stream - should they wait to get a certain amount of experience under their belts first?

Straight away. Sync could be a vital part of an artist’s career, not only for the potential exposure, but for the financial benefits it brings in the short, and long term. It also gives artists an additional dimension when understanding their potential, and how that experience can benefit their career going forwards.

Are there any particular areas of sync you think are offering exciting opportunities? Are there any current trends you're seeing in the sort of music getting picked up/doing well?

With the increasing popularity of streaming platforms such as Netflix, Apple TV+, and Amazon Prime most areas of sync should be viewed as exciting, particularly as the need for music is now greater than it’s ever been. There’s always someone looking for super niche, genre-specific sounds. This means pretty much anyone who is making music at the moment has the potential to have their music placed.

There are certain types of brief that will typically require the same sort of sound, for example car ads always wanting cool, sophisticated electronic music. However, every year you will see certain trends come to the forefront. In the advertising world, this will typically be due to the brand tone of voice for that marketing campaign. They’ll want music that aligns with the brand ethos, and vision for their product or service.

One trend that we observed over the last year or so was a predominance of female over male lead vocals.

You only have to look at how many times Billie Eilish’s tracks featured on campaigns and TV shows to get an idea of the effectiveness of her bold music and emotional lyrics."

What current projects have been keeping you busy within the world of sync?

We’ve recently been doing a lot with the big US networks. We’ve had Netflix Films, Apple TV Series’, CBS hit shows, the lot. It’s incredible to see our users get excited by the briefs and respond in the manner they have. We’ve had some unreal music either submitted, or written specifically for these opportunities. It’s humbling watching our community grow, and flourish collectively at the same time.

Visit syncrmusic.com for more information. Watch the Bosch 'Christmas Made By You' advert with music written by Syncr  singer-songwriter Amy Collins.

by Jim Ottewill
December 18, 2020
In the studio
Back to Blog Home