We learn about the importance of the Rhythm Composer to today's music production... 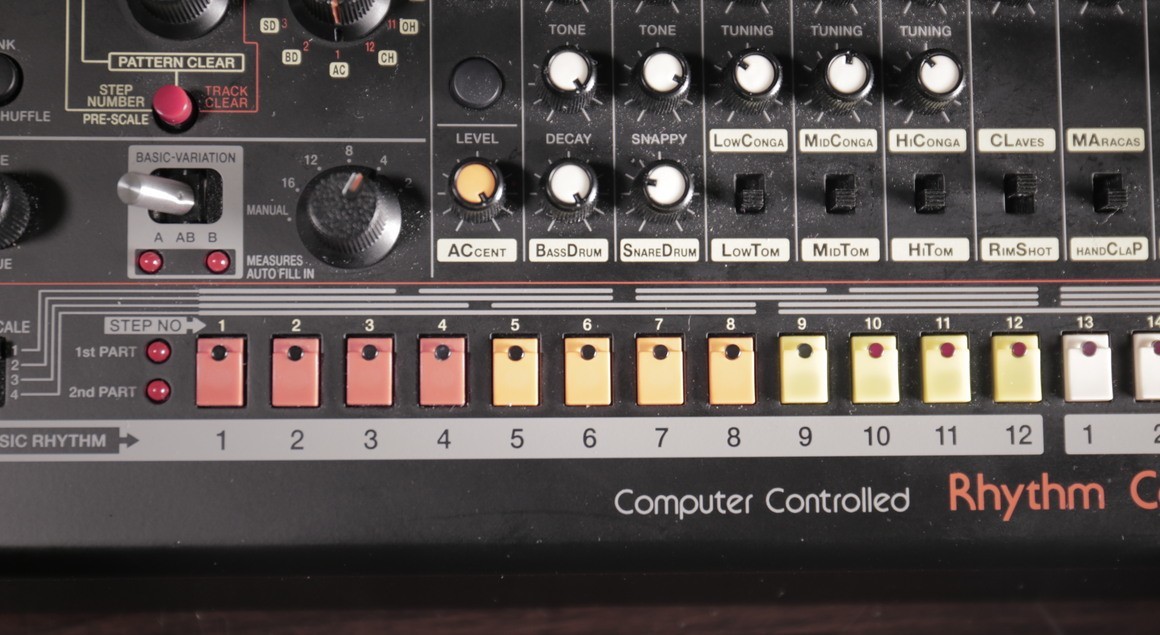 The turntable is spinning ‘Sexual Healing’ by Marvin Gaye. But wait a second, what’s that sound in the intro? Oh yes, of course it’s an 808!!

Can you imagine seventies rock music without a Fender Stratocaster?

Probably not. The Roland 808 drum machine is equally as important to hip hop, pop, r'n'b and even industrial music. From Talking Heads' 'Psycho Killer' to 'Closer' by Nine Inch Nails, it has been used in some of the most iconic records of all time, and is still the go to piece of kit for a great deal of modern production.

Today, I will be reviewing the newer version of this drum machine, also available from our facilities, the Roland TR-08. Then I will get into the more technical part of this article by giving a brief historical context to introduce this “Rhythm Composer”.

The eighties were without doubt a revolutionary era for production music. Part of the big change came from how the digital recreation of real drums was highly favoured over analog devices.

The Linn LM-1 was the first drum machine to use sampled acoustic drums, and was featured in some world renowned records: Herbie Hancock's ‘Magic Windows’, The Human League's ‘Dare’, Ultravox's ‘Lament’, Prince’s ‘The Black Album’ and the list goes on.

Ikutaro (Taro) Kakehashi, better known as Mr Roland, was an incredibly talented inventor who believed in the power of music and evolution. In his workshop (Ace Electronics 1964-1972), he started building his first synthesizers and drums machines: the Rhythm Ace FR-1,TR-77, TR-55 and many more.

When the 808 first launched back in 1980, it failed commercially. Initially, it was seen as a toy that made robotic sounds, rather than a serious instrument. In fact it wasn't until songs such as ‘Sexual Healing’ and ‘I Wanna Dance With Somebody’ came out that the authentic sound became a statement in modern production.

The most common drum machines we know are the 808, 909, 505, 707 but the range is much more vast. Each instrument has a very specific set of sounds. It’s this which helped Roland become one of the most loved and famous equipment brands of all time.

The TR-08 offers a full range of drums and percussion for you to use.

We all know what an 808 sounds like, and we choose to use it for its uniqueness rather than versatility.

The layout of the TR-08 allows you to easily adjust the volume, tone, decay and the tuning (on some units). However, it is important to mention that this is not a sampler. You won’t be able to fully change the sound of each instrument from the drum machine itself, unless you run it through your DAW and play around with plug ins.

Therefore, if you don’t think this would be appropriate for your track, then check out other Roland Boutique kits. For instance, the 909 was also very popular, especially in the nineties (used by artists such as Daft Punk, TRS, Madonna etc.).

The instrumentation consists of:

How to use the TR-08 to arrange a song

The TR-08 was created to replace an acoustic drum sound. It is incredibly helpful, especially when trying to get ideas started, or to create the rhythm section's foundation for your songs.

You don’t have to be a drummer or a producer to use an 808. I found that most of the time, the best beats come from mistakes. However, having a bit of music notation knowledge would help you write your beats quicker. This drum machine subdivides rhythms in sixteen notes, so even if you just have a slight understanding on how to count music, then the sky's the limit!

The two knobs on the top left are the main controlling facilities of the machine. The first allows you to go into the different modes: arrangement, manual play, delete patterns and move across banks of sounds.

The second one is your sounds library. You will need this to help choose what percussion to play.

The idea is to build a beat by adding one element of percussion at a time. For instance,  you could be recording the kick drum across however many bars you wish, then move to the next instrument to add the next sound.

You can also have two variations on each bank. This is very useful if your song requires two different beats and needs to quickly move from one to another.

The patterns stay saved on the machine until you decide to overwrite on an existing groove, but you can modify them on the fly, which is a very handy tool to use.

The tempo button allows you to easily adjust the beat to the needed tempo, and through the menu you can adjust the tuning, and compression of each individual sound.

You can write up to 16 different patterns and have them ready to play whenever needed. They can be used during live performances if your set is mostly built on this device.

How can I use the TR-08 as an audio interface? 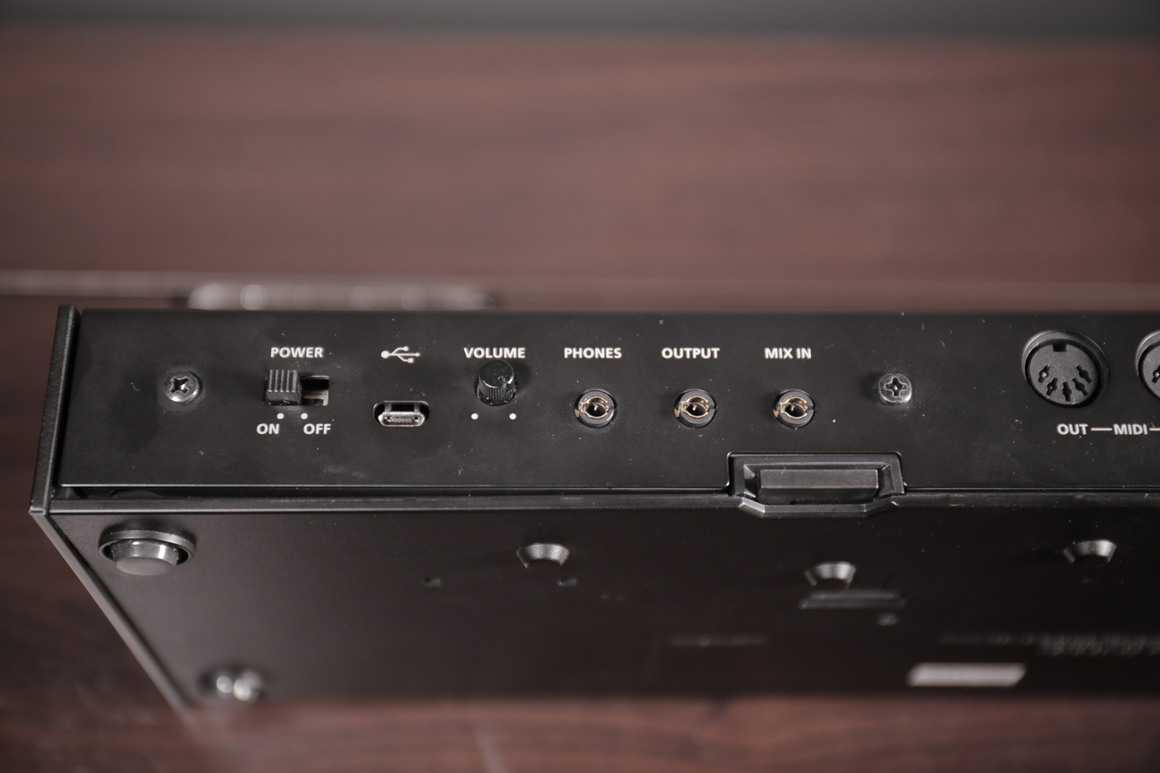 The TR-08 has a USB port at the back that allows you to connect it to your DAW.

You have to choose this drum machine as input device, and it will show on your software.

This function replaces the original 808, which has eight outputs at the back for you to connect it into a desk and separately process each individual sound. The same result is now achievable by just using the USB cable.

The TR-08 also provides a mix in and and output at the back for you to link it with another boutique drums or a synthesizer, which will also be shown on your DAW while recording with it.

I personally like to run this through a mixing desk by using the mini-jack output and play around with some eq, compressor and other effects to create my own 808 sound.

This drum machine is one of the many ones that Roland has created over the last 40 years, but its iconic sound is recognisable on hundreds of records, probably as it is so different from the acoustic drums that will always find its spot in the market.

I’d like to end this review with one of my favourite lines ever.