Home » Blog Articles » All About The Music 2020: Q&A with Rob Crutchley from the BPI

All About The Music 2020: Q&A with Rob Crutchley from the BPI

The BPI’s annual yearbook has just been published and gives a detailed insight into the year in UK recorded music... 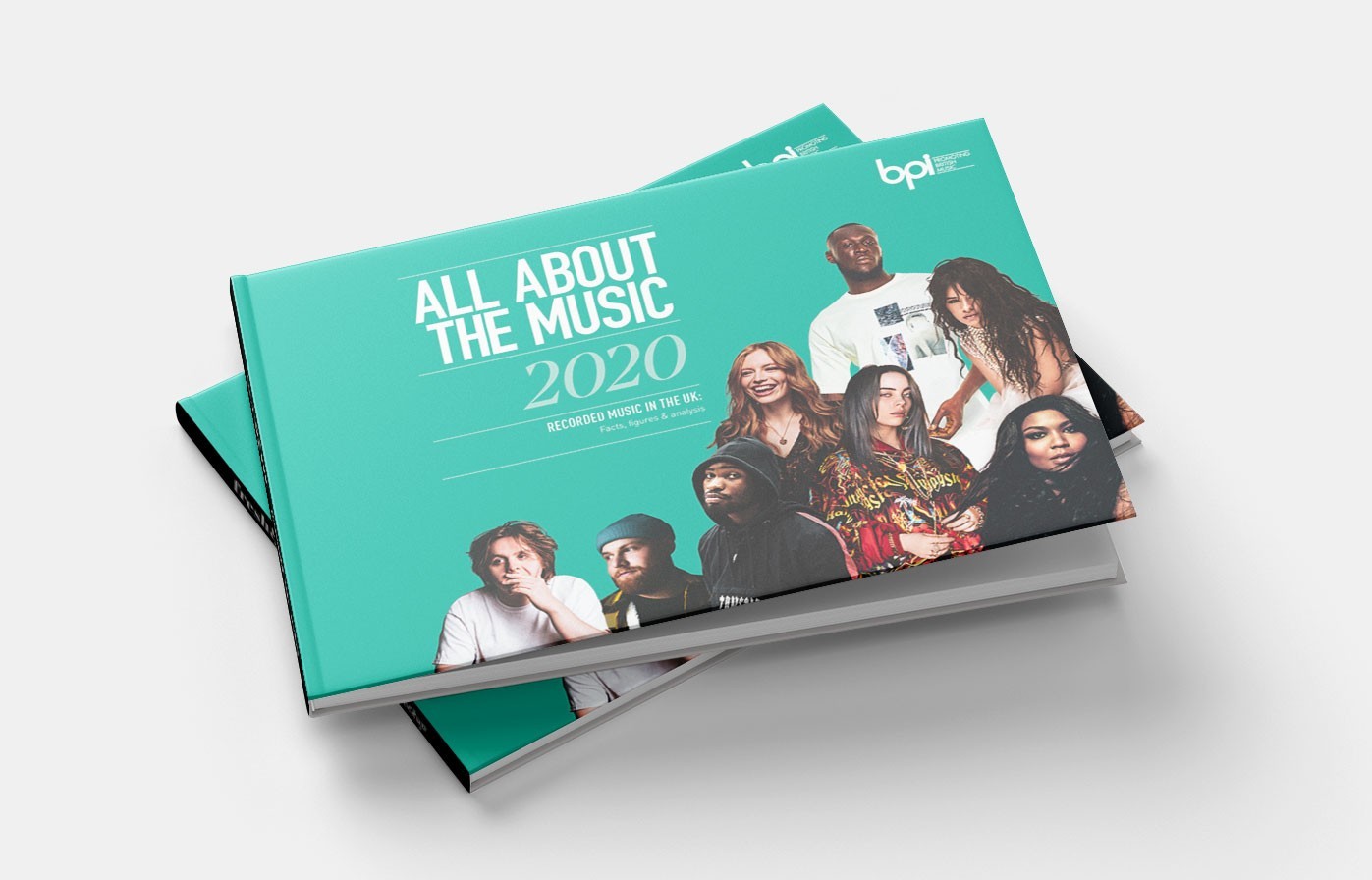 The BPI’s annual yearbook ‘All About The Music 2020’ has just been published and as always, it gives a detailed insight into the year in UK recorded music in 2019 through lots of facts, figures and informed analysis.

The yearbook is written and compiled by Rob Crutchley and edited by Chris Green from the BPI’s research department and we spoke to Rob, currently on lockdown and working from home, about the new book and some of the facts and trends it uncovers.

BPI Yearbook has been coming out every year for as long as I can remember, when did it first appear, and can you remember the first one that you worked on?

Sadly, my library of past editions is back in the BPI office, but if memory serves the first yearbook came out in something like 1976, so it’s been in existence for a long time. There hasn’t been one every year – sometimes two years were served by one book – but we’re on the 41st volume now.

The first one I worked on was in 2003. I started right at the beginning of that year so must have been thrown straight into putting it together!

The book is an amazing statistical roundup of the music industry - the size and value of the UK market, analysis of sales and streams, consumer behaviour, retail and how British music is performing in the world market - how long does it take to put together and when do you start work on it?

We usually start getting ideas together at the end of the previous year – we’ll be looking at what data sources we have, what the prevailing trends are looking like being, and then we’ll have initial meetings with designers and so on.

The work starts in earnest as soon as the final chart week of the year closes, then we’re crunching data and putting together analyses pretty solidly for those first few weeks of the new year. The third-party data we include comes in at different times, so it’s really a question of working on what you can, when you can at all times.

Often, we are putting the finishing touches on it towards the end of March, so it’s a pretty intensive three-month process."

In this year’s edition you particularly highlight UK Rap and Hip Hop which seemed to hit a new highpoint in 2019, achieving record shares in singles and albums listings, why do you think this is?

I think it’s a combination of just a real crop of outstanding talent and also that these artists are often building audiences from the ground up. Someone like Stormzy is unashamedly ambitious – he wants to appeal to a broad cross-section of people, but he’s also careful to show that he hasn’t forgotten his roots.

We often talk about UK Rap hitting a new critical as well as a commercial peak, and that’s testament I think to the authenticity of what these performers are doing. If their art didn’t ring true and their intentions didn’t seem genuine then the audience probably wouldn’t be with them.

UK music abroad is another focus of the book, why do you think UK music travels so well across the world, even today?

Again, it’s probably a mix of things. We have a great heritage of punching above our weight internationally and since the sixties UK artists have always been keen to reach international audiences, but that reputation won’t necessarily open the door for every new British artist.

There is a lot of hard work that goes on in breaking someone internationally, not just from the artist themselves but also the labels, managers, publishers, the live side, marketing – the list goes on.

The UK has always been excellent at collectively getting that machinery in motion, but it still requires support, which is why initiatives like the Music Export Growth Scheme are so important.

Our standing in the world market is encapsulated by the fact that British acts have accounted for the bestselling artist album in the world in nine of the past 15 years."

Interestingly, the stats show that independent music increased their share of the music market. With new titles in 2019 by Skepta, Freya Ridings, Fontaines D.C. one in four (25.7%) CD albums sold in 2019 was released on an independent label and in streaming the figures improved too. Is this a continuing trend?

It’s certainly been a good period recently for independent labels collectively and the BPI has a broad independent membership, so we know how great they are at what they do and also how hard-working they are.

They serve an incredibly diverse range of audiences, and that is one of their strengths – we mention in the book that by using the rather broad term ‘independent’ you’re actually referring to anything from Grime to Folk and Metal to Classical.

Their business styles are many and varied but they have consistently shown themselves to be forward-thinking and flexible, and I think that shows in the statistics."

Taking off your BPI hat for the moment, as simply a fan and music-lover, what was the first (and most recent) record that you can remember purchasing?

The first record was probably ELO’s ‘Discovery’. I know that Fleetwood Mac’s ‘Tusk’ was one of the first singles I bought, so 1979 was when I started buying stuff, definitely. Most recent – I’ve just ordered a couple of albums from (reggae reissue label) Pressure Sounds.

... And the first/last concert that you attended?

The first was, I think, The Housemartins at the Old Bull in Barnet. Last was Explosions In The Sky at Hammersmith Apollo earlier this year.

‘All About The Music 2020’ is available for free to all BPI members. Non-members can purchase it from the BPI’s website.

by Julian Wall
April 29, 2020
Amplify your career
Back to Blog Home