As part of our current series on music trade associations, we caught up with Gennaro Castaldo, Communications Director at the BPI, to find out how the association champions the UK’s recorded music industry. 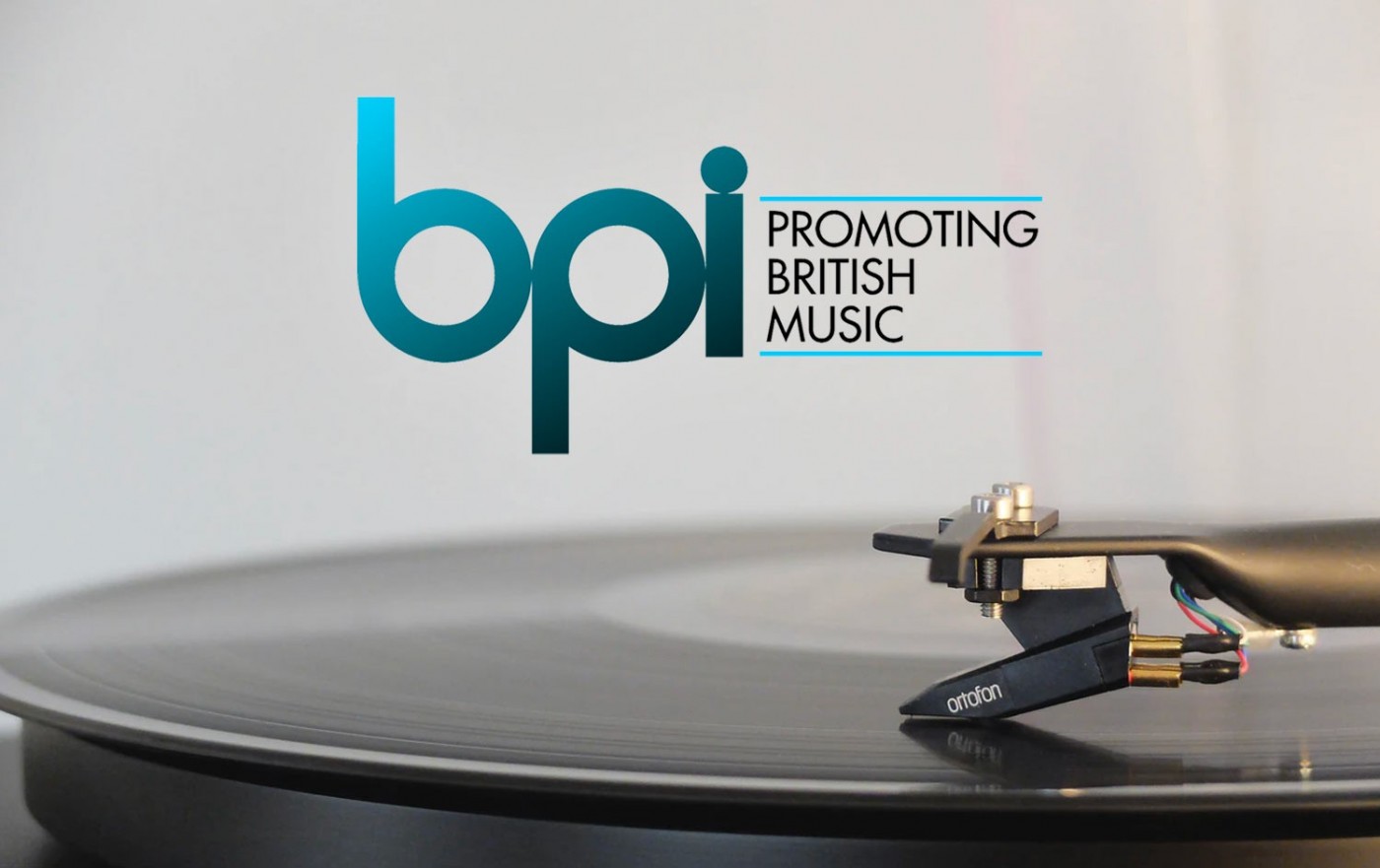 To kick-start this series, we introduced you to the wide range of UK music industry trade associations currently operating. Over the coming months, we'll shine a spotlight on some of those that are more prominent and pertinent, starting this month with the BPI.

BPI’s members account for 85% of all music sold in the United Kingdom and they organise the annual BRIT Awards event, The Hyundai Mercury Prize for 'Album of the Year' and the Classical BRIT Awards show.

The BPI also co-owns The Official Charts - in a joint venture with the Entertainment Retailers Association (ERA) - and is responsible for the commissioning of the UK’s industry-standard music and video charts. 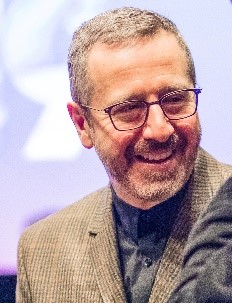 To get a flavour of this, we spoke to Gennaro Castaldo, Communications Director at the BPI and the man at the centre of the trade association’s media output, leading on the BPI’s announcements from copyright protection, BRIT Trust charity work to industry events, political lobbying, consumer and market reports. Prior to the BPI, Gennaro was Head of PR at HMV for 3 decades. Originally from Naples, he graduated with a Masters from London School Of Economics, supports West Ham United and can be found regularly tweeting on @Gennarocastaldo.

We thought that we’d start with the easy questions first, so to open we asked Gennaro simply:

What does the BPI do then?

The BPI is the UK record labels’ association that promotes British music and champions the UK’s recorded music industry – the world’s fourth largest and the biggest exporter of recorded music in the world after the US.

Through its public affairs lobbying and anti-piracy work, the BPI seeks to create an environment in which music companies can thrive. The BPI helps to safeguard the rights of its members and of the artists, performers and label members of collecting body PPL – who collectively create around 99 percent of all legitimate sales and streams of music in the UK.

We also aim to promote British music overseas through trade missions, such as to LA, China and India, as well as the Music Exports Growth Scheme, which helps UK artists grow their profile and exports world-wide. Since launching in 2014 over £3.8m in government funding has been awarded across 242 applications, resulting in estimated £36m financial returns – £11 for every £1 invested.

The BPI also provides insights, training and networking with it's free to members masterclasses and presentations and through its Innovation Hub, Insight Sessions, Wisdom Wednesday events and its authoritative ‘All About The Music’ yearbook and market reports. 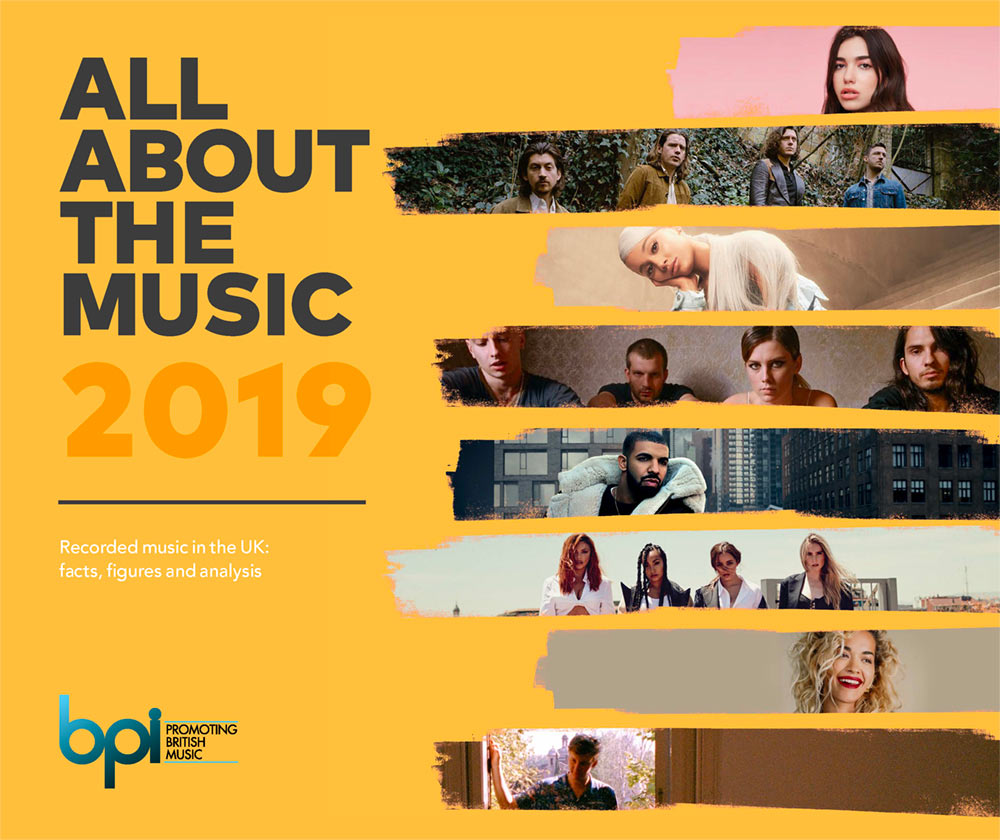 We are also home to the Hyundai Mercury Prize and in 2018, set up the first-ever National Album Day along with partners ERA, and with the support of BBC Music, AIM, Classic Albums Sunday and the retail and labels community, to celebrate the nation’s love of the album and to demonstrate the format’s continuing relevance in today’s post-streaming world.

The BPI have recently introduced an apprenticeship programme for those looking to develop a career in the music business, how does this work?

The BPI launched the BRITs Apprentice Scheme in 2018 to give people from all backgrounds, a chance to kick-start their careers in music. Managed by specialists DiVA and funded by The BRIT Trust (through monies raised largely by The BRIT Awards) and the participating companies, each year the scheme gives 10 people from England/Wales a high-quality, paid opportunity to work at an independent music company. In the process they can learn about the industry, receive practical ‘hands-on’ experience, develop skills in business administration and digital marketing, and make key contacts….an opportunity to get into the industry they love.

A recent BPI campaign has highlighted the lack of music education particularly in state schools; what are your concerns in this area and how do you think they can be addressed?

Music education really does matter to the BPI. Through The BRIT Trust, over £25m has been distributed to causes that promote education and wellbeing through music. In 2019, the BPI carried out a survey among 2,200 teachers across England/Wales. The results shocked us and revealed the dramatic difference between levels of music provision in state schools and those in the independent sector. The BPI contend that If this is not addressed and is left uncorrected, it could seriously undermine our ability in future to produce artists from all backgrounds.

The survey indicated that there has been a 21% drop in music provision in state schools over past 5 years, compared to a net increase of 7% in music provision in independent schools. Nearly a third of state schools have experienced a decrease in ‘curriculum time’ for music or a reduction in the number of qualified music teachers. Indeed, only 12% of the most deprived schools even have an orchestra, compared to 85% of independent schools. One in four schools serving disadvantaged communities offered no instrument lessons, while almost all independent schools and those serving affluent communities do. The ‘Teacher Tapp’ survey also found that schools in areas with poorer pupils delivered fewer opportunities to even participate in music. In contrast, almost all independent and state-funded schools serving more affluent communities, give their students the opportunity in their school career to take part in a musical or play with songs.

In response, the Government have proposed a new ‘Model Music Curriculum’ as an important step in addressing this inequality. The BPI obviously welcome this, with the proviso that the Government gets its delivery right by ensuring non-music teachers in primary schools are just as equipped to teach it successfully as those teachers with a greater depth of knowledge.

Another long-running BPI campaign has been about the so-called ‘Value Gap’ in music; can you explain what this is and why it matters?

The ‘Value Gap’ describes what we profoundly think is a fundamental flaw in the online music market. User Generated Content (UGC) platforms can make vast sums by allowing users to upload music onto their sites and they then profit by selling lucrative advertising targeted at fans who visit the sites. These sites are not returning fair revenues to the artists, musicians, songwriters, producers or licensing rights-owners. They have been able to do this because uncertainty in European law enabled these services to claim that they are not legally responsible for the content they make available.

Record labels are key investors in music. The European Commission have acknowledged that a level playing field for digital music is needed. UGC platforms are building huge businesses using music, whilst only paying a fraction of the royalties paid to artists and labels by services such as Spotify and Apple. This is manifestly unfair, negatively affects the growth of the music streaming market and undermines the ability of labels to invest in new music. Music streaming at the moment offers the prospect of a new era of sustained growth, but only if the EU and UK Government fix this particular fault-line. 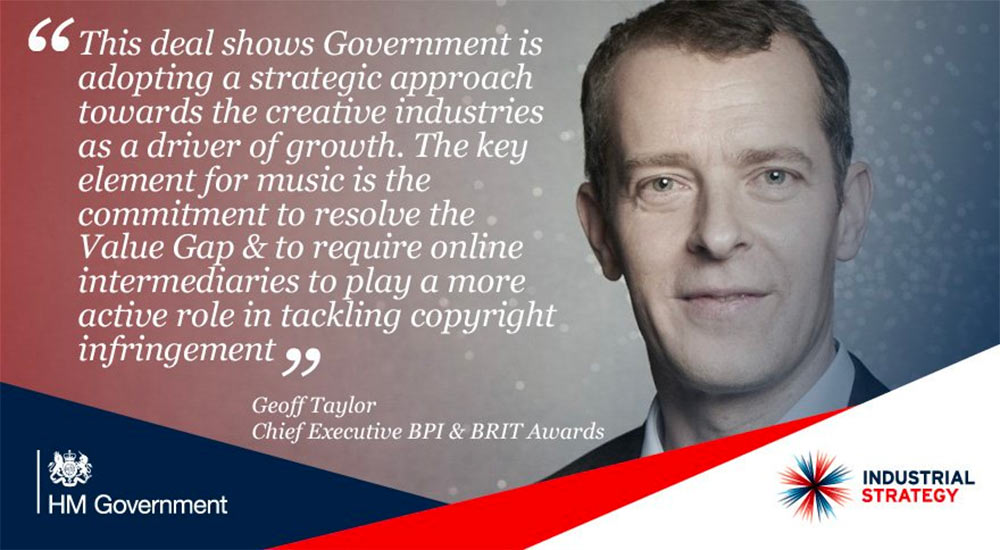 To put it into some historical context; in 2015 the music market experienced strong growth from audio streaming, which increased 82% to 27bn plays, delivering a 69% rise in income to £146.1m. However, an even larger 88% rise in video streaming, mainly via YouTube, generated a meagre increase in revenue from pure ad-funded platforms of 0.4% to £24.4m. This contrasts with the £146.1m that audio streaming services contributed to artists and labels from a similar number of streams. The £24.4m generated by pure ad-supported streaming – principally music videos streamed on YouTube – was smaller even than the £25.1m earned by labels from the sale of vinyl LPs in 2015, a format which represents less than 2% of overall UK music consumption.

It’s hoped that, in clarifying the facts and pointing to the role played by UGC services in this, the European Copyright Directive will help to close the Value Gap. There is much to do to implement it and make it truly effective for rights holders.

What are some of the other big issues of the future do you think the BPI should be involved in?

It’s hard not to regard Brexit as a vital issue for our industry.  Whilst the global nature of streaming will help to mitigate some key concerns, along with the fact that large tracts of EU legislation will be adopted into UK law, many issues remain.  Not least concerns over the free movement of physical-format goods and of live touring artists and their crews in and out of the country – which has helped to underpin the global success of British music.

The globalised nature of streaming is bringing many benefits, returning the industry to positive growth after more than a decade of decline.  However, new challenges are coming along. British music punches well above its weight on the world stage - accountable for 1 in every 8 album sales - but the global environment is now becoming significantly more competitive with Latin American and Asian artists joining US acts in challenging the dominance of UK artists.

Nevertheless, the music eco-system is vibrant, and there has arguably never been a time of greater choice in terms of how we discover, enjoy and collect the songs and albums that we love.  But it’s clear too that fewer albums are being consumed, as people stream more individual songs. This obviously could have significant future implications for how music is made, distributed and enjoyed, by all of us.

Taking off your BPI hat for the moment, as simply a fan and music lover;

(i) what was the first (and most recent) record that you can remember purchasing?

(ii) the first/last concert that you attended?

(iii) who (artist or band) do you think has done most to take music forward in the last 10 years?

First record that I bought was Bowie’s “Life on Mars” and most recent was Tom Speight’s “Collide”.

My last concert was Michael Bublé at The O2, and my first was The Boomtown Rats at Bracknell Sports Centre in 1979.

And for me, the most influential artist of the past 10 years has to be Beyoncé.

Thanks, Gennaro. Great to talk with you and keep up the good work that you’re doing at the BPI. Further details about the BPI (including how to join) can be found here.

by Julian Wall
September 24, 2019
Amplify your career
Back to Blog Home