Julian Stella | How I made an EP in my bedroom

Our BA Creative Musicianship graduate lets us in on the story behind his latest release, 'Summertime...' 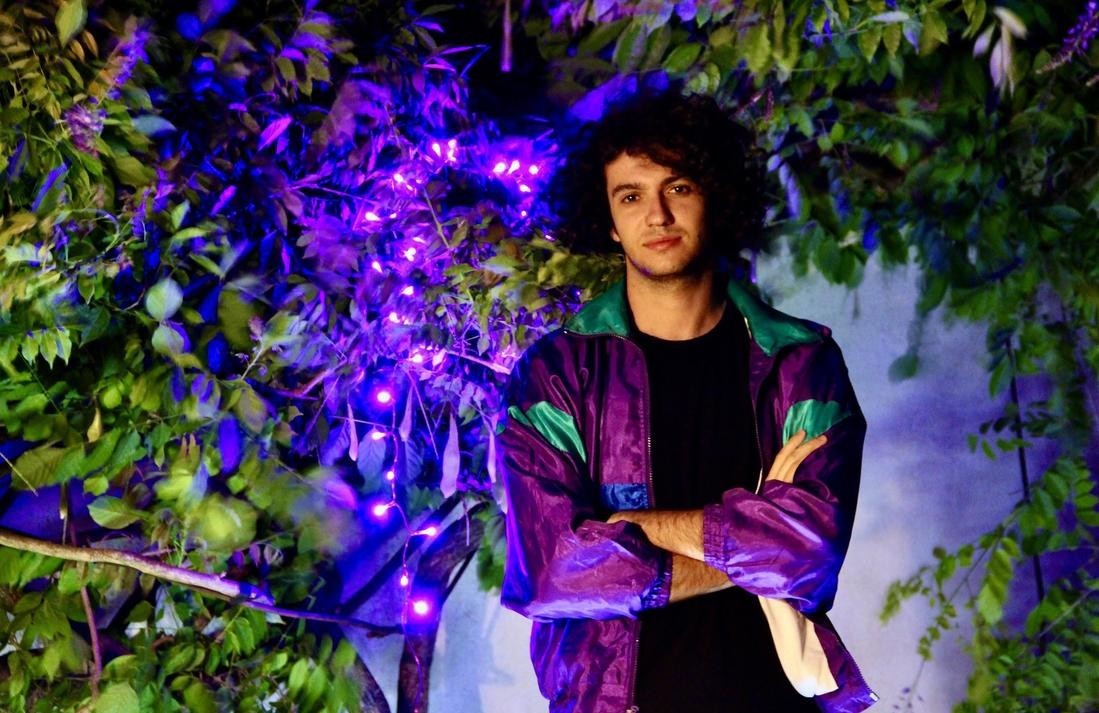 Julien Michaud, aka Julian Stella is a BA Creative Musicianship alumnus and a French multi-instrumentalist, songwriter and producer.

Julien takes inspiration from the likes of Daft Punk as well as more underground synthwave artists, all of which can be heard in his music including the great 'Summertime'.

We caught up with Julien to learn more about his musical journey and how he made this latest record in his bedroom...

There are many people who inspired me to pursue a career as a musician like my parents, who supported my music journey from the start. I was 11 and a big fan of rock bands like U2, Green Day, Guns n’Roses. At the same time, my parents used to buy plenty of live DVDs from other iconic acts such as U2, AC/DC, ZZ Top and Muse. When I heard a song on TV I'd try to replicate exactly what the drummer was doing.

From this, my parents had to find a place where I would be able to practice drums and I ended up playing electronic drums in their cellar (haha!).  I would say the first person who inspired me was Bono from U2. I instantly fell in love with the band and their music, not just because of the complex guitar techniques but also how their music is really emotive and can bring up feelings.

What led you to ICMP? And how have you found your time with us so far?

I heard about ICMP thanks to a friend who also wanted to come and study music here.

After we both graduated from high school, we moved together to London at the age of 18-19. I've felt incredibly lucky to be part of such an amazing community. Everyone has been incredibly supportive and I really enjoyed the way we've helped and worked with each other! 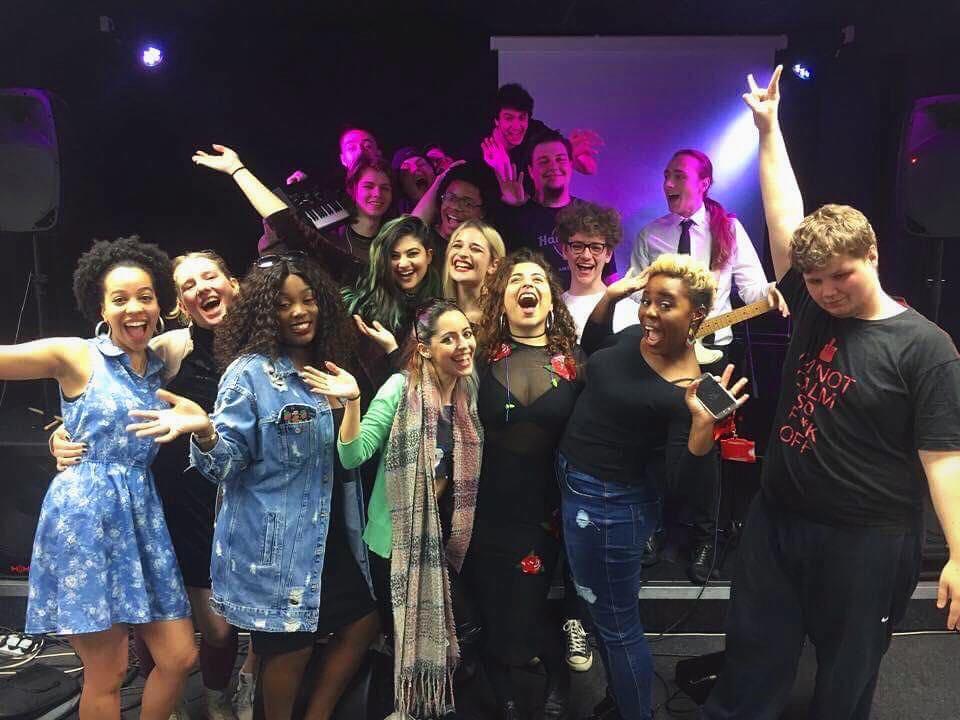 What's the most important things you've learned while with ICMP?

Making a living out of music can be challenging so you might be tempted to abandon your passion and give up on your musical dreams quite easily. I come from a non-traditional musical background, I've always played instinctively.

Studying at ICMP gave me new insight on the music industry. I’ve learned to develop an entrepreneurial mindset about my music."

Like any passion you have, you can monetise it and make a living if you are willing to put in a lot of hard work.

ICMP has taught me that music on it’s own is a value. As a person, you have value and you can monetise your skills. You  can transform yourself into an accomplished musician if you are willing to do it.

Could you talk a little about your track 'Summertime'? How did you go about putting the track together?

Everything started two years ago. It was a long process before the song was released.

As a music composer and producer, I spent a lot of my time experimenting, producing music on a regular basis. I have got a large library of original content (probably around 150-200 songs in my hard drive now!).

Last May, I re-opened some old Logic projects and I stopped on this random demo called ‘Ziggy 1’ (which is named after my dog!). I started to re-work the song again with the idea of making a pop song talking about summer. I wrote the melody and created some draft for the lyrics and left it again for a while.

This summer I wanted to release the song so I improved the lyrics, hired an online singer called Rosebud through the Vocalzr website and asked her to do exactly what I needed. She did a fantastic job!

From that point, I spent a month working on the mix and mastering. The song was released on social media on the 17th July and reached 3,700 views in one month. 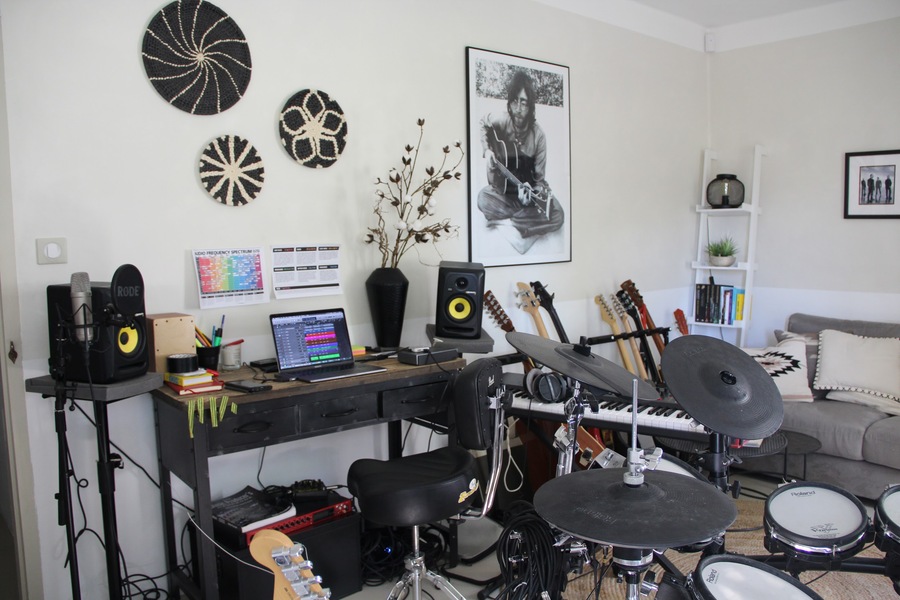 What equipment makes up your home studio setup? And which piece of gear is the most useful for you in this musical setting?

I’m  now using KRK monitors, Beyerdynamic 990 pro (and 770 as well) and my Mac speaker (yes it works) for hearing the sound. The interface is a Focusrite Clarett 8Pre USB. I use it to record bass or guitar through a D.I SansAmp box. I have guitars (Fender Stratocaster, Gibson Lespauls, Cort acoustic guitar, Bass Vgs), keyboards (A Novation Impulse 49 Midi keyboard, Moog Subsequent 37), drums (A Roland V-drums TD-9 and Roland SPDSX). And of course my Mac laptop!

I think the most powerful tool I have now is my computer. You can do anything in the box and get some great results without spending all your money on expensive gear nowadays! It’s fantastic. I like to use a lot of virtual instruments from Native Instruments and Waves alongside many other manufacturers. I’m a big fan of CLA plug-ins. They considerably improve the tone of your instruments. Give them a try! You will be impressed!

Who are your biggest inspirations/influences?

In my mind, Daft Punk is the biggest one. I love French DJs and artists like Kungs, Synapson, The Avener.

I’m also a big fan of synthwave music like FM-84, Ollie Wride and The Midnight. They made me fall In love with eighties music again.

How do you approach the creative process? Do you have a way into your music?

Generally, what I tend to do is write on guitar or keyboard or sing a catchy line and record it directly on my computer. From there, I like to build an entire track around the hook. I focus a lot on the emotional side of things and place myself in the situation of not just being a musician but as a listener as well. The priority for me is not to make complex music but music people can relate to and listen to in their cars, at home or at the beach. I follow my instinct a lot and experiment over and over again until I’m happy with what I've come up with.

I like to take my time and not rush a song so spend a few weeks, months or years if needed to release something I can be really proud of. I’m a perfectionist and like to work on small details to make great results."

What projects have been keeping you busy? And what does the future have in store for you?

I moved back to France after my studies and have been looking for opportunities to join recording studios. I was successful and managed to achieve an internship in a studio in Los Angeles for three months  and learned a lot.

From October until May, I worked as part of a band project called JINE. The concept behind this project was to release electronic dance songs with sonorities from the eighties. We released one single on Spotify called 'Runaway'.

Meanwhile,  I continue to produce and release songs - covers and/or personal compositions -  on social media platforms (Facebook, Twitter, Instagram and YouTube).  I’m always looking to improve my production skills online so I joined a website called Mix with Masters too. In the future, I plan to move to Paris and keep building and growing my career as an artist.

Listen to 'Summertime' below.

by Jim Ottewill
August 23, 2020
Creators
Back to Blog Home