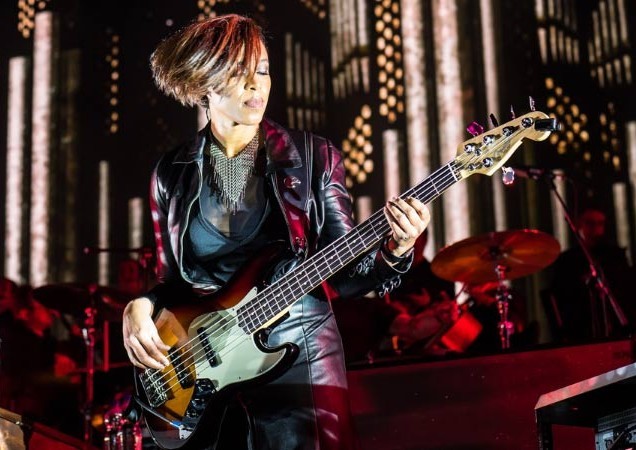 Following the announcement of our four new BMus (Hons) Popular Music Performance scholarships, we talk to BMus Ambassador Yolanda Charles about her entry into the music industry, the importance of networking, and her career as a session musician.

Congratulations on becoming a BMus ambassador. How does it feel to take on this role?

I’m delighted to become an ambassador. It fits in really nicely with the plans I have as I had an idea last year around wanting to create my own scholarship.

I really wanted to help young people access a music education who might not have considered it due to money or didn’t necessarily think it was important in their professional development. I wanted to stress the importance of having education as a resource as well as a qualification."

It was a combination of chance, being in the right place at the right time, then making choices to direct my career. The first choice I made was to take one of the first music courses in the UK. Back in 1987/88, I did a nationwide course with Rock School, someone there noticed me, then a couple of years later, when I was 19, they were looking for a female bass player, they remembered me and reached out.

It was my first introduction to the session music world and was with Jimmy Sommerville on live TV. I went from working in a supermarket to featuring in music videos and appearing on stage. It didn’t necessarily open any doors for me as after that ended, I went back to my supermarket job.

But then my next move was to answer an ad in a music paper - that was me being proactive, trying to advance my career myself - they were looking for female musicians, it was down to my gender which was annoying at the time but I still did it. That was working for Jonathan Ross on this 13-part TV series - it was a live show - it then landed me a job with Paul Weller as he was a guest on the show and was impressed with my abilities.

How can musicians increase their chances of getting work? I’ve noticed now that I hire people that musicians are sometimes their own worst enemy - some are without discipline and don’t take advantage of opportunities when they are invited to do something directly. Musicians are often MDs and asked to recommend other players. So everytime you interact with others in the business, regardless of the position they hold, it reflects the impression you give to people - it’s not just about the playing - it’s about being professional too. 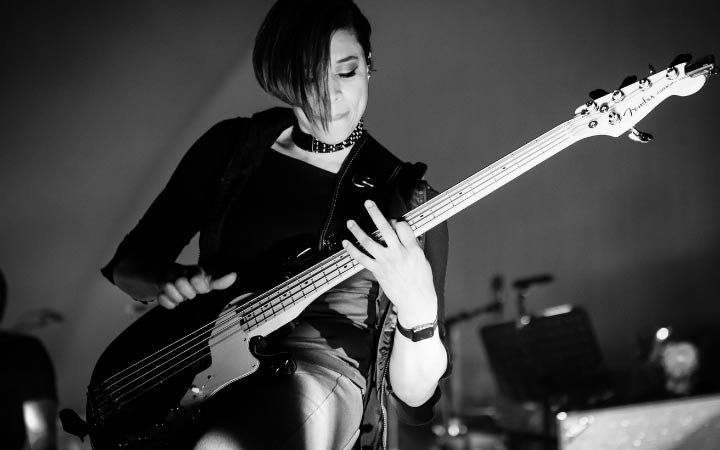 How important is networking?

I know people who have done well through networking and their playing isn’t that great - so getting work is usually a combination of both.

You need to make sure you know the music, what you’re supposed to be playing - if you turn up to a jam session, then have some tunes you can call out. Once the music speaks for you, then after that it’s about your personal skills.

The fundamental is about the playing and you know the song, then after that interpersonal skills come next.

If you want to be a session player, you’re there to do a job and get it done."

But there have been situations that have given me a life lesson in how to get on with characters who have been tricky, edgy or difficult. You need to develop skills which teach you how to cope with other people who can be hard to work with - those are important as without the thick skin and the impassivity, you can get fed up with the situation and may be tempted to leave. You have to develop a level of patience and tolerance.

Working with Paul Weller was a great training ground for me to cope with situations that were really difficult as a young woman. My comfort zone wasn’t being on tour with a bunch of white males, this group of seasoned professionals who drink a lot.

I learned a lot in that situation. I also learned how to be more accommodating as a musician, alongside all the character stuff - the music wasn’t my natural place to be either.

On a personal level, working out my own music was a fundamental turning point for me. I was forced out of my comfort zone into singing my own songs in front of people - it was challenging as a bassist and none-singer. That informed my career to the point where I was invited to sing lead vocals at a Hanz Zimmer gig. I ended up singing in front of 11,000 people.

Everything you do sets you up for something else, even when you make mistakes or take gigs you perhaps shouldn’t have taken. It’s part of the story of how you learn how to do things.

What have you got coming up?

I’ve quit touring for now. I’m now focusing on my business which is a music consultancy/mentoring service. I have a few clients for this now - I’m also refocusing attention on my own band, and that’s been slowly creeping forward and we have some gigs ahead of us. The line up is sorted and we’ve got a residency at Ronnie Scott’s. I’m also writing a book, so I have a substack where I’m writing poetry, lyrics and excerpts from my books. I’m present and available on the socials too. I like to feel like I’m part of a community, and able to help younger players with any questions or development opportunities.

by JIM OTTEWILL
November 11, 2021
Insights
Back to Blog Home